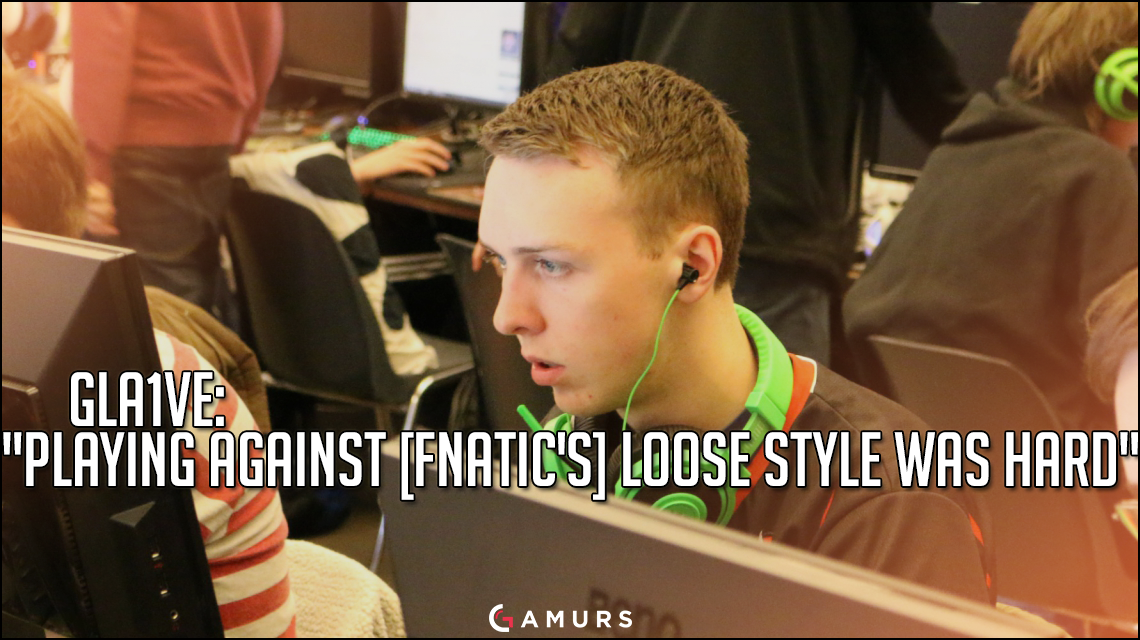 We talked to Astralis’s Lukas “gla1ve” Rossander after the team’s big semifinal win over Fnatic.

So in pick-ban you mentioned how you expected them to ban Overpass or Nuke, did you anticipate how they were going to decide? Did you know they’d go with Overpass and leave Nuke even though they never play it?

gla1ve: “We pretty much expected them to ban Overpass because they got wrecked on it yesterday. I was watching it and it didn’t look very good. We talked about not actually picking it, but I thought that was stupid because we have such a wide map pool and I wanted to take advantage of it.”

More to that point, do you feel like it helps you out going into the finals playing these maps like Cache and Nuke that you didn’t get to play during the group stage? Does it help to get stage experience in on them?

gla1ve: “Yeah, I think so. We were happy that we got to play Train so much because then people couldn’t see some of our other maps. In the end it doesn’t matter much, and I’m happy we’re in the finals.”

As an in-game-leader, was it tough to transition from calling against such a structured team like Na`Vi to playing against Dennis, who plays with a very loose and puggy style?

gla1ve: “Yeah, playing against [Fnatic’s] loose style was hard for me. I prefer to play against structured teams: it’s easier for me to call and I play better individually. Against a team like Fnatic, you have to be on point and if you’re not on point then they are going to kill you. That’s why it was really tough to play against them.”

Last question, what were the comms like during the 30th round on Cache when you decided to run the bomb B while dev1ce hid quad?

gla1ve: “They were pretty calm actually. My idea was to trick them into thinking we would stay together, which you usually do during a 2v2 or 2v1 scenario. I ran B and told dev1ce to make noise. I told everyone if they could to mute their mics so I could hear. I think it was actually a good idea. I just messed up and [olofmeister] luckily found a smoke.”

Was there any reason you stopped shooting at the smoke?

gla1ve: “I thought I heard a footstep after the initial defuse sound, so I hid. Xyp9x yelled, “he’s defusing,” but by that point it he had already won.”

How will Astralis do in the finals? Let us know your thoughts in the comments below or tweet us @GAMURScom.