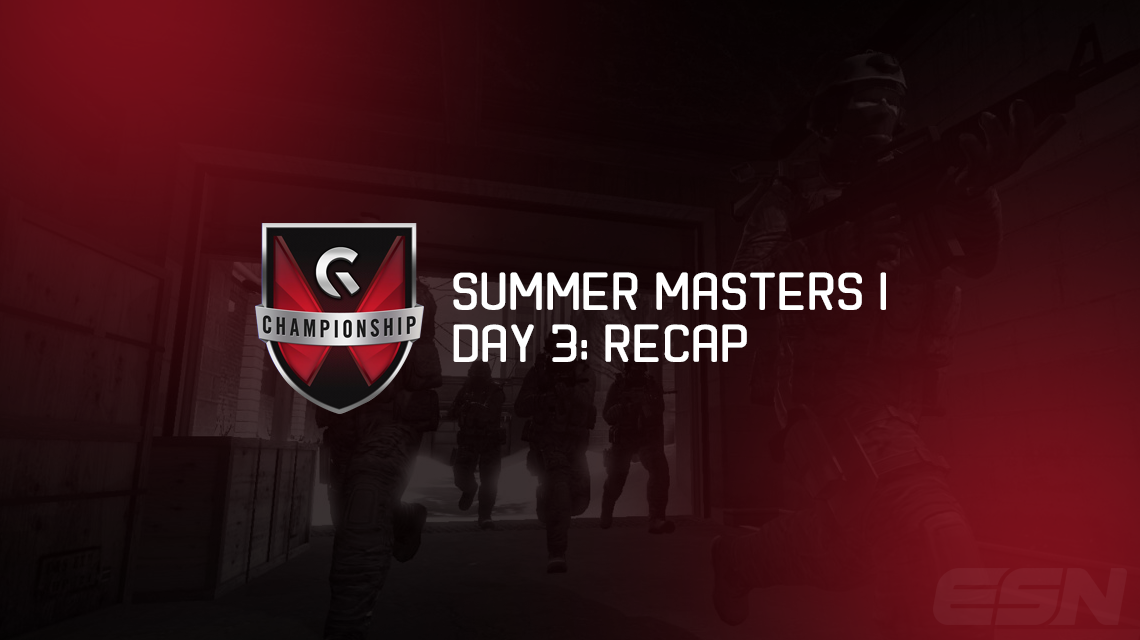 Championship Sunday of the Gfinity Summer Masters I for Counter-Strike: Global Offensive, proved to include great series’, and also included great viewership for the fans at home. Although Team Dignitas and mouseSports had good performances throughout Friday and Saturday, some people argue whether they should have been at Day 3 of the event.

Ninjas in Pyjamas vs. mouseSports

Ninjas in Pyjamas were the first team to qualify for the grand final.

Team EnVyUs were the second team to qualify for the grand final and would face off against Ninjas in Pyjamas.

Ninjas in Pyjamas vs. Team EnVyUs

Congratulations to Team EnVyUs were crowned your Gfinity CS Summer Masters I champions and took home $40,000!