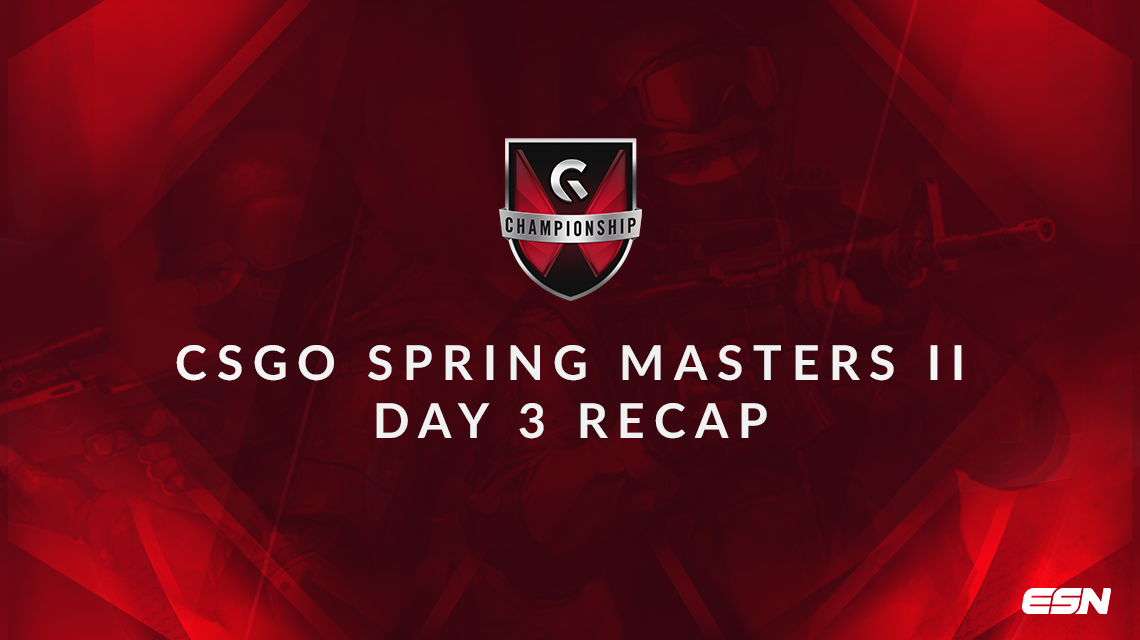 Championship Sunday of the Gfinity Spring Masters II for Counter Strike: Global Offensive, proved to include great series, and involved great viewership for the fans at the event and those watching at home. Compared to Friday and Saturday’s surprising group stage results, today as some could argue, went as expected.

After their win over Titan, Fnatic advanced onto the Grand Finals and eliminated Titan from the event.

After their win over Natus Vincere, Virtus Pro advanced onto the Grand Finals and eliminated Na’Vi from the event.

Congratulations to Fnatic who are your Gfinity CSGO Spring Masters II champions!

A special thank you to Gfinity for making this event possible.

Interested in seeing how the other teams placed at the Gfinity CS:GO Spring Masters II? Checkout our Final Placings article.