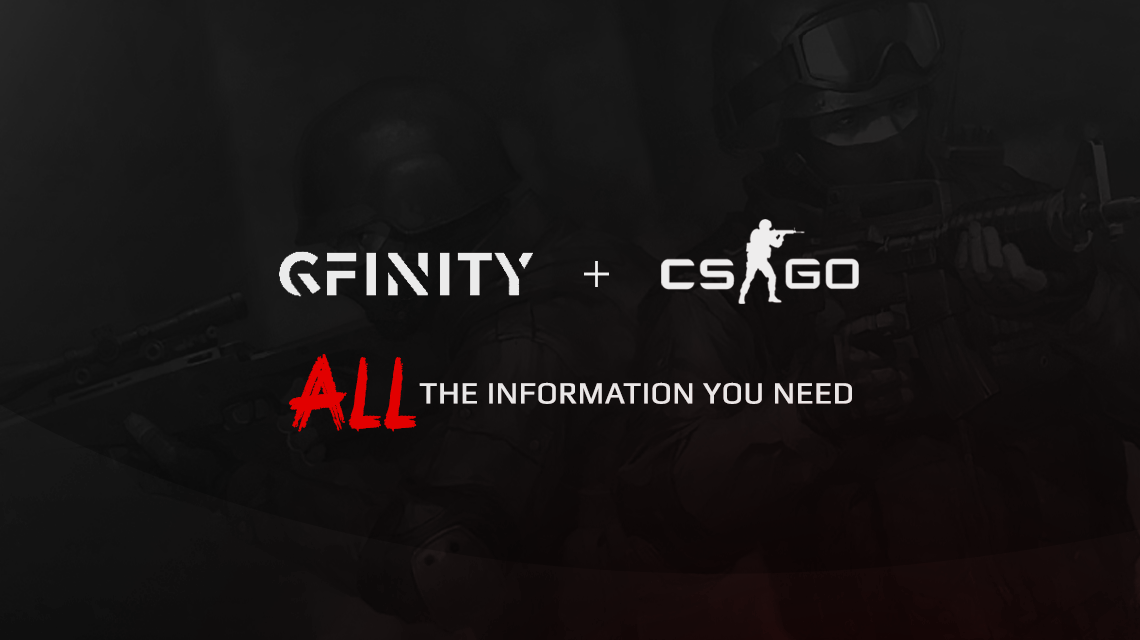 Gfinity III is the third annual Gfinity event and is being touted as the “the biggest multi-platform eSports event to take place in the United Kingdom.” Gfinity is a huge eSports event, quickly becoming one of the largest in Europe. This year’s event is taking place on August 2nd and 3rd in the Copper Box Arena at Queen Elizabeth Olympic Park. Price for admission is £22.00 ($37.35) per day. Those interested in purchasing tickets can do so through the Gfinity website.

With that out of the way, let us talk about why we are all here, CounterStrike! Gfinity, for the first time is featuring CS: GO with 12 teams competing. Nine teams received an invite to compete and three earned their places by winning the qualifiers.

The nine invited teams are as follows; Epsilon eSports, ESG! Fnatic, iBUYPOWER, Ninjas in Pyjamas, Team Infused, Team Dignitas, Titan eSports, and Virtus.pro. Joining them will be three teams that had to qualify to earn their place to copmpete; Mousesports, London Conspiracy and FM Esports.

The prize pool for the CS:GO tournament is $45,000 which is one of the largest prize pools for any CS:GO event this year. The winner of the tournament will take home $20,000 as well as a slot in the 2014 Electronic Sports World Cup. If the winning team already has a guaranteed slot, it will be given to second place. The rest of the pool breaks down as follows; second place receives $10,000, third and fourth receive $5,000, and fifth through to eighth place will walk away with $1,250 each.

The CS:GO casters include HenryG, BanKs, Anders, KYAN1TE. SirScoots, and Thorin. For all of you who are unable to attend the event they will be streaming the events on Gfinity Alpha and Gfinity Bravo. So if you’re not lucky enough to go, make sure you’re supporting the event by getting on them streams.

On top of the streams and sites, do not forget to keep following ESN as we will be covering CS:GO at G3. Additionally, we will have some live coverage of the CS:GO matches, including tournament bracket updates, and post-game recaps and analysis. There will also be articles on the teams, their path to victory, and the best players of the matches. Stick with ESN for the best news and updates from G3.