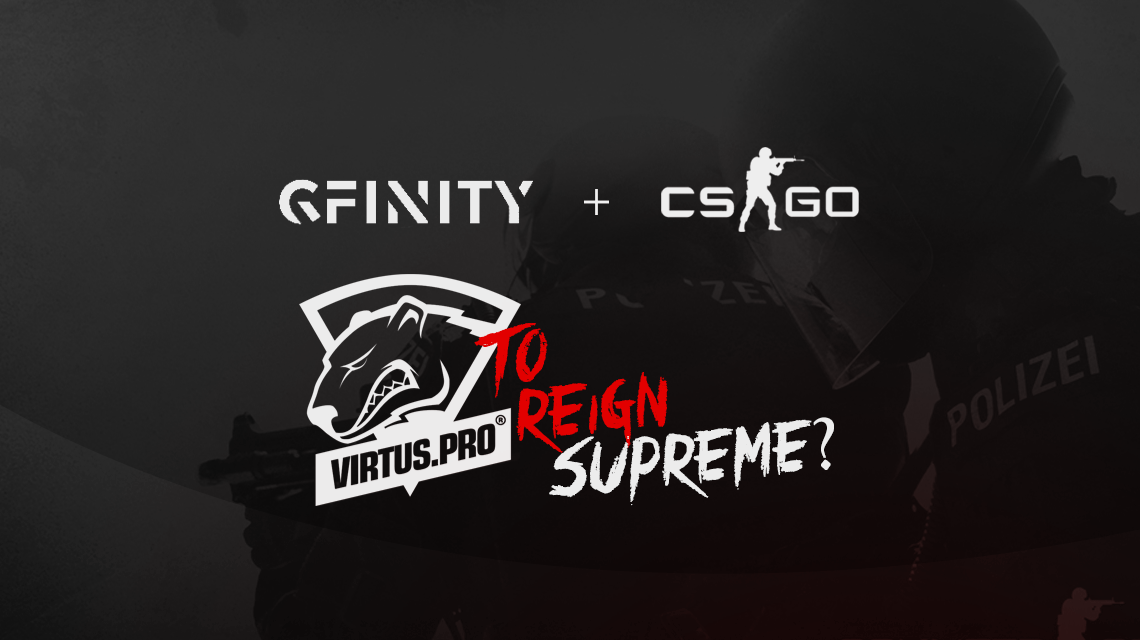 With Gfinity III about to start, I thought it only fair to bring you some of our predictions for the CS:GO matches. With many unexpected victories in games on the lead up to Gfinity III it could be hard to predict what could happen, with teams like London Conspiracy that have surprised many with their defeat of Na’Vi to qualify for ESL 1 Cologne.

Who will win, who will lose, who will disappoint, and who will surprise us? I have looked at all the information out there to bring you my predictions.

If I had to pick one stand out team to win Gfinity, I would pick Virtus.pro. While I know Ninjas in Pyjamas have been an extremely powerful side, in recent months NiP has really lost their magic. Most notably in the recent ESL One Katowice tournament where Virtus.pro beat NiP in 2 – 0 in the final. Fnatic, Dignitas, and Titan also had poor showings at Katowice.

The easy answer here is Ninja in Pyjamas. Recent results in many big tournaments and small matches have been showing NiP underperforming. Their debut after their holiday this week saw them unexpectedly lose to Titan in the ESEA Invite Season 17 Europe. NiP have been considered as the best team in the world by many however with their recent defeats it is making many wonder if they will get back to their top form they once were at.

The biggest underdogs at this tournament are of course the three teams that had to earn their place at Gfinity, Mousesports, London Conspiracy, and Rasta.Xd. Mousesports of course did compete at Katowice but from these three qualifying teams, is probably the most experienced. London Conspiracy, while the name is different, consists of the players from a team originally named H2k. They are an impressive team and have shown their potential, and as said above, beat Na’Vi to qualify for ESL 1 Cologne. They have replace “prb” with “maak” and are ready to surprise everyone at G3.

The most exciting team at the tournament really is all of them. I think London Conspiracy as I said above is incredibly exciting, I also think Virtus.pro and Dignitas are fun teams to watch. From the group stage I think the match I am most looking forward to will be London Conspiracy against NiP. I’m also looking forward to Titan against Virtus.pro and Titan against Dignitas. Rasta.Xd is also a team to keep an eye on, having recently beaten Infused in a pick up  match.

For me, the player to watch is F0rest. It may be boring and predictable, but he is exciting to watch and definaitely brings in the clutches when needed. Touted by many as the world’s best Counter Strike player, it is not hard to see why. It may seem unfair to always pick the “fragger” as a the player to watch, but the most exciting part of the game is frags. With NiP’s recent loss of supremacy it is even more fun to watch f0rest because he is not invincible. Be sure to watch at least one of NiP’s matches, nothing is more exhilarating than f0rest going up against another of the world’s top fraggers.