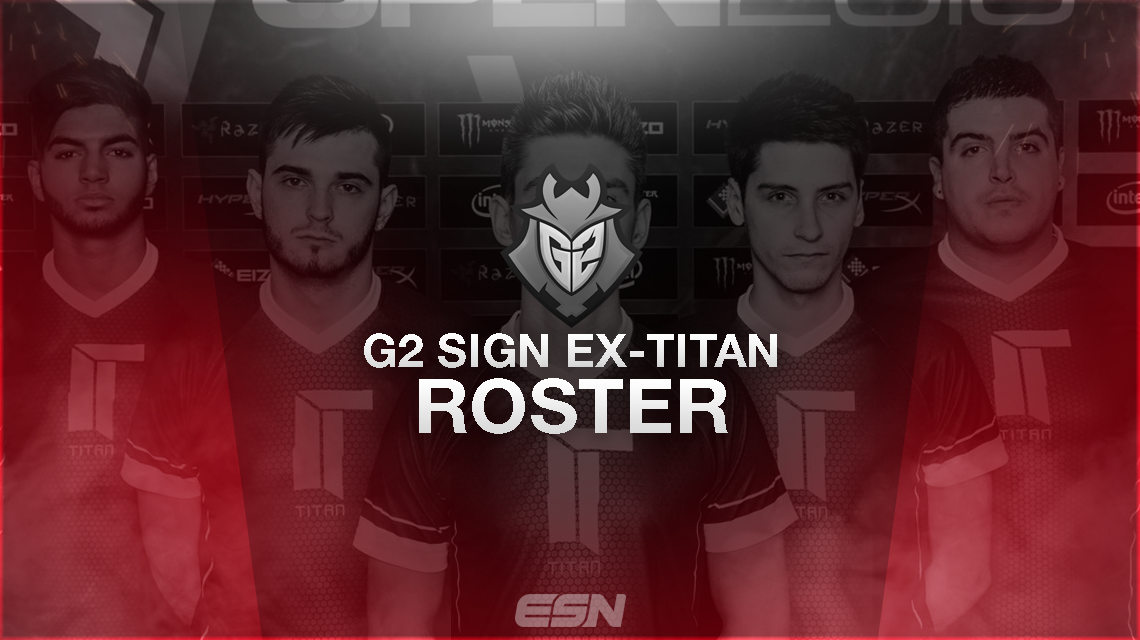 After the former G2 Esports (also known as G2.Kinguin) CS:GO team was bought out by FaZe Clan, G2 stated that it was just a matter of time before they signed a new squad, however they wanted a team that would be in line with their values, ambitions and goals. The ex-Titan roster ‘ticks all the boxes’ according to the G2 staff, which is why they were picked up. Here is the roster: G2 has stated that “these are some of the most talented and storied players in the world, and we are ecstatic to have the opportunity to work with them”. To help the team, their manager from Titan, Jérôme “NiaK” Sudries, will be assisting them in the move and hopefully continuing the success they were having under their former organisation. For a full rundown on the move and a statement from G2’s Chief Gaming Officer, Jakub “Lothar” Syzygulski about the signing click here. How do you guys think this new G2 team will stack up against its competitors? Let us know in the comments below and make sure to follow our Twitter for all your gaming updates. @eSportsNation