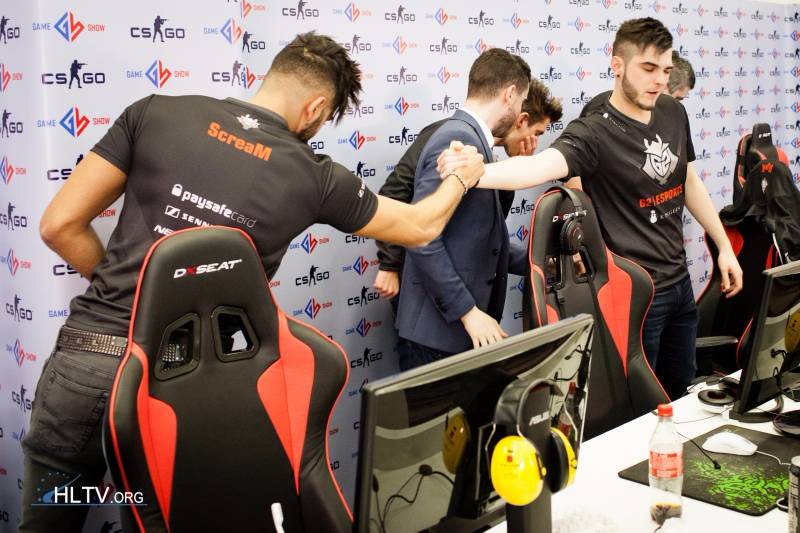 After challenging and failing to defeat Fnatic for in the first half of 2015, EnVyUs decided they needed to make a change. It wasn’t enough to just be one of the best teams as the goal was to be the best period. This fractured into a miniature civil war as the players of EnVyUs tried to decide the best way to go forward. This affair ended as Nathan “NBK-” Schmitt got a swing vote. He sided with Vincent “Happy” Cervoni Schopenhauer and removed Edouard “SmithZz” Dubourdeaux and Richard “shox” Papillon. They were replaced with French rivals and Titan stars, Kenny “kennyS” Schrub and Dan “apEX” Madesclaire.

The trade worked as EnVyUs found themselves in the finals of 2 Majors. In the first they to Fnatic at ESL ONE Cologne, but they achieved victory on the dais of Dreamhack Cluj Napoca. At the height of their powers, it seemed that this was the beginning of a new French dynasty.

And from the sidelines shox and Adil “ScreaM” Benrlitom were forced to watch as spectators as they were eliminated early on from Cluj Napoca. They could only watch as passive spectators as their French rivals laid claim to CS:GO’s most prestigious trophy.

Yet the EnVyUs dynasty never came to fruition. The EnVyUs squad was man-for-man one of the most talented rosters in CS:GO history, but talent wasn’t enough. They slowly deteriorated as they were unable to deal with the changes in the meta and left playing a 2015 meta in the year of 2016.

Ex-Titan and later G2 was the opposite. It was a team assembled by Kevin “Ex6TenZ” Droolans. The roster had shox, smithZZ, Scream and Cédric “RpK” Guipouy. It was a team with a lot of ifs. Ex6tenz was never a great fragger. Shox had gone past his prime. RpK had only returned to full time play at the end of 2014. Scream had bounced around as an exile of the French scene as he went from BST to Epsilon to Kinguin and finally back to Titan. It was a slow grind back to the top. It was a very slow resurrection as Ex6tenz started displaying better fragging power than ever before. Shox and Scream started to get more in form. RpK became a consistently impactful player that slowly improved month to month.

By the time the MLG Columbus Major rolled around, there was a real argument that G2 was the best French team in the world as EnVyUs had crashed into the ground while G2 had consistently proven themselves as gatekeepers to a top 10 team. Yet at the MLG Major they failed again and were knocked out of the group stage. This was the breaking point and the impetus to boot Ex6tenz as this was another failed Major from Ex6tenz.

After the event, G2 replaced Ex6tenz with Alexandre “bodyy” Pianaro. Yet the question for G2 remained the same. This team could be great if shox could return to his prime, if Scream could make his play style work, if rPk could become a bit better.

At ESL Pro League Season 3 finals, that potential was realized. The if became a reality as G2 shocked the world as shox and Scream set out to destroy the competition.

For shox, his time in LDLC and later EnVyUs was hampered by the forced role change where he had gone from dedicated lurker to second entry man in. And while it worked, it was never quite the same. At ESL Pro League however he showed why his incredible form as he continually stepped in to win clutch after clutch after clutch against Fnatic and LG. Just when you thought the round was over shox would win a 1v4 on Dust 2 as he cracked the heads of every LG player in the site. He did the same on Inferno as LG almost desperately tried to hide themselves in a corner praying that shox wouldn’t come and kill them.

When shox is out on the map, it seemed no round was out of contention. Perhaps the scariest bit is that shox has become a more versatile player and can easily just break into a site as an entry fragger and win a round that way as well.

The other incredible player to watch that weekend was Scream. The question for Scream was always if. NBK admitted that while Scream’s play was flashy and entertaining to watch, it was a question of consistency. Could he consistently get those kills round after round, map after map for long stretches of time? From 2014-early 2016 that didn’t seem to be the case. So when the great French shuffle happened, Scream was left out in the cold as he was replaced on Titan by Hovik “KQLY” Tovmassian.

When it was eventually revealed that KQLY was a cheater, Scream’s reaction was shock then indignation as he said, “He took my fucking place.” Scream then bounced to BST where his new teammate SF was VAC-banned and then Epsilon where his new team was caught in a match fixing scandal. For Scream it was a long road back and while he still had some flashy plays, he could never perform at a star level.

Until this tournament. Scream had insane rounds where he’d get 3ks or 4ks across nearly every map he played in. He’d hit insane headshots when another player was jumping mid air. He’d do a 3k spray transfer to take out opponents. Scream was on a completely different level that weekend.

And behind shox and Scream was RpK consistently outputting a lot of damage and frags. It was a revelation of what this team could look like if shox and Scream played to the height of their powers. At ESL ESEA Pro League, they beat LG in a bo1, Fnatic in a bo3 and barely lost in the finals to LG 2-3. The most shocking thing about the finals was that it could have easily ended in a G2 3-0 victory if Marcelo ‘Coldzera’ David hadn’t gone crazy on Train and kept LG in the running.

Eight months ago, they were on the outside looking in. Shox was left out in the cold to watch his former teammates raise the CS:GO Major trophy. Scream had just survived one of the most turbulent years of his career. Together for this one tournament they have shown the world that their time isn’t over yet. For one tournament, shox showed the world why he was once considered the best there was. For one tournament, Scream showed the world that he could become a star that on his best day he can play against the best and win.

Their form continued as they started to dominate online matches and crushed the round robin group stage of E-League. But in the Group B Finals of E-League, NiP shot them out of the sky and crushed their hopes of a birth into the ro8. The sting of defeat might shake the team, yet there is no time to stop. If Shox and Scream want to complete their redemption story, they must get back up and get ready to fight again. The ESL One Cologne qualifiers are coming and a victory there will get them to the major. And a chance to take a shot at CS:GO’s most prestigious honor, a major victory.