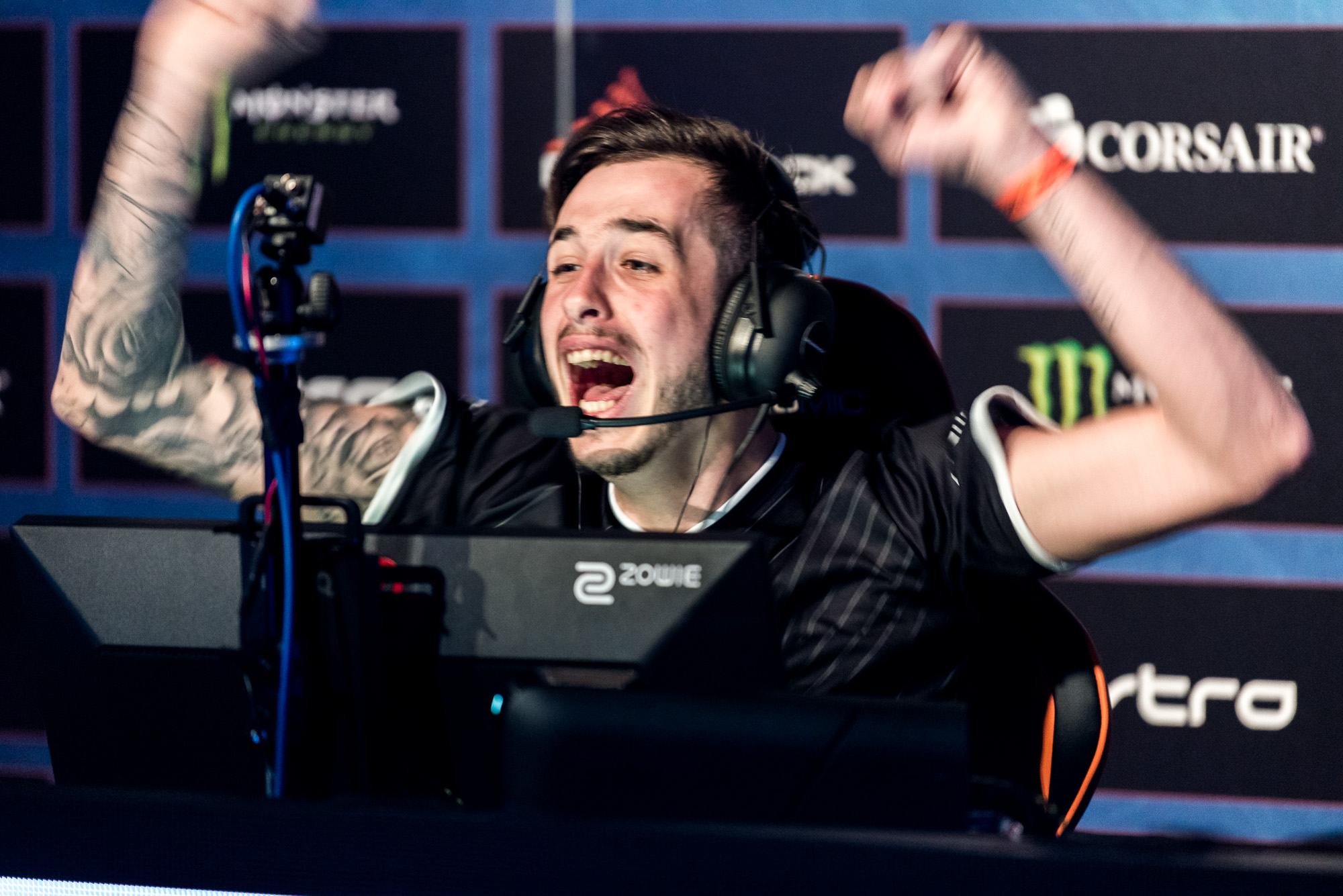 G2 Esports advanced to the grand finals of the ESL Pro League Season 5 Finals after a strong outing against SK Gaming.

In a rematch from the group stage, G2 once again had the number of the Brazilian double Major champions. The first map, Cache, was chosen by SK with G2 opting for Overpass.

The first half of Cache was a battle of attrition. Although SK won the pistol round, G2 took an early lead using Counter-Terrorist middle control as a way to limit SK’s execute options based on the Terrorist economy. G2 shut down SK’s risky yet methodical plays immediately after they happened, but SK began to adapt. Alexandre “bodyy” Pianaro’s 3K spray down at B site played a huge role in the French super team’s win in the last round of the half. SK led by a small margin at 8-7 to end the first half.

Richard “shox” Papillon’s one-versus-two post-plant defense on A site gave G2 the second pistol round. Using that as momentum, G2 strung rounds together by anti-stratting and predicting how SK would play on defense. When G2 made it to match point at 15-10, SK had a quick surge of round defenses before G2 closed out the map. Gabriel “FalleN” Toledo earned himself a notable AWP 4K on A site.

G2 won Cache 16-12 thanks to an eco force buy round that involved trapping SK into the A site.

A fast pistol round win from SK earned them an early lead. Despite this, a huge G2 Terrorist force buy swayed the half in their favor early on. FalleN’s AWP picks gave SK the edge once they figured out G2’s consistent preference for the B site. G2 played much more passively in response to SK’s unconventional Counter-Terrorist aggression. SK obtained a comfortable lead to end the first half 10-5.

G2 traded the second pistol round and began their uphill battle on the Terrorist side. Economic troubles coupled with lost aim duels plagued the Brazilians, assisting G2 in their wishful 11-11 comeback. With the comeback complete, G2 exploited SK’s money problems with several successful A retakes. SK attempted a number of B retakes, since A site wasn’t working for them, but G2’s B positioning was too much for them to gain full control.

G2 dominated SK’s Terrorist side and concluded the Brazilians’ tournament run with top-notch Overpass play and another scoreline of 16-12. Nathan “NBK” Schmitt came close to dropping a 30 bomb at 29 kills, with a 109.2 average damage per round stat.

The Frenchmen of G2 are on their way to the grand final of the ESL Pro League Season 5 Finals, where they will play the winner of the North and Team Liquid semifinal. Kenny “KennyS” Schrub hopes to play North because of their “cocky” personalities. G2 has yet to play North on LAN.

The last time Liquid and G2 met was at DreamHack Austin in April, where G2 made light work of the North Americans in the group stage.

Whoever they face in the final G2 will be looking to win their second championship of the year.