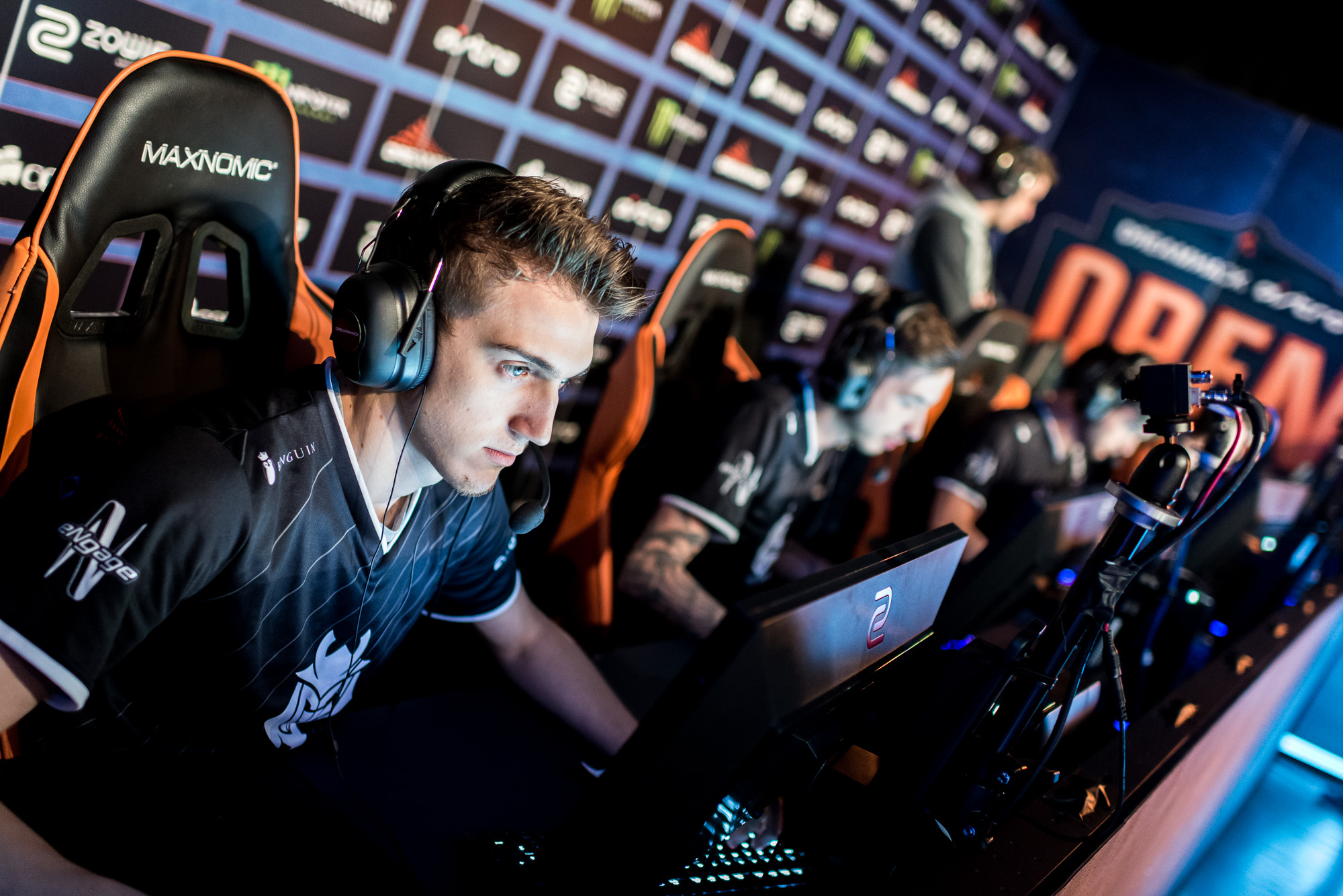 The final day of Group A contention ended yesterday with G2 at the apex, and the stage is set for the ESL Pro League Season 5 Finals quarterfinals today.

Yesterday’s Group A action witnessed a hectic, “ESL-style” (MR3 halves of three; $10,000 at start) set of tiebreakers due to the Round Robin format. Team EnVyUs, SK Gaming, and Fnatic were knotted in a three-way tie because of G2 Esports’ win against Fnatic. All the tiebreaker matches were held on Train.

The Frenchmen of G2 clinched first place from SK’s grasp with a 16-6 upset on Cobblestone, SK’s primary map pick. G2 seemed to anti-strat SK’s Terrorist side pushes, giving them an early 10-5 lead. A fundamental Terrorist side solidified the win against the Brazilians.

Overpass against Fnatic felt like a tennis match as the Swedes used their usual unconventional strategies. Economic struggles late in the game forced Fnatic into frequenting CZ-75 pistols, which led to G2 closing the game at 16-11. This combined with Kenny “kennyS” Schrub’s carry (30 kills and 111.6 average damage per round) gave them first place in Group A.

To reach the playoffs, the underdogs went the distance with Fnatic on Train, forcing three overtimes before finally ending their tournament run with a 4-0 round streak. Their tiebreaker scoreline ended at 10-6.

SK did not maintain the same form they showed from day one of the group stage. They took hard losses against against both French teams, losing 16-6 to G2 and 16-3 to EnVyUs. Their first tiebreaker against EnVyUs didn’t go as well either.

Luckily, they redeemed themselves with a 4-0 sweep of Fnatic on Train in Group A’s final tiebreaker.

G2’s first place group stage finish gave them an immediate spot in the semifinals. EnVyUs’ spot in second place landed them a quarterfinal match against Team Liquid and SK’s spot in third matched them up against mousesports.

The matchup between SK and mouz could easily go to SK because of their versatile map pool, but an upset from mouz is still possible. The same holds true for Liquid upsetting EnVyUs. They were on top of their game in yesterday’s games, but if Liquid are firing on all cylinders, they’ll be a tough team to beat.