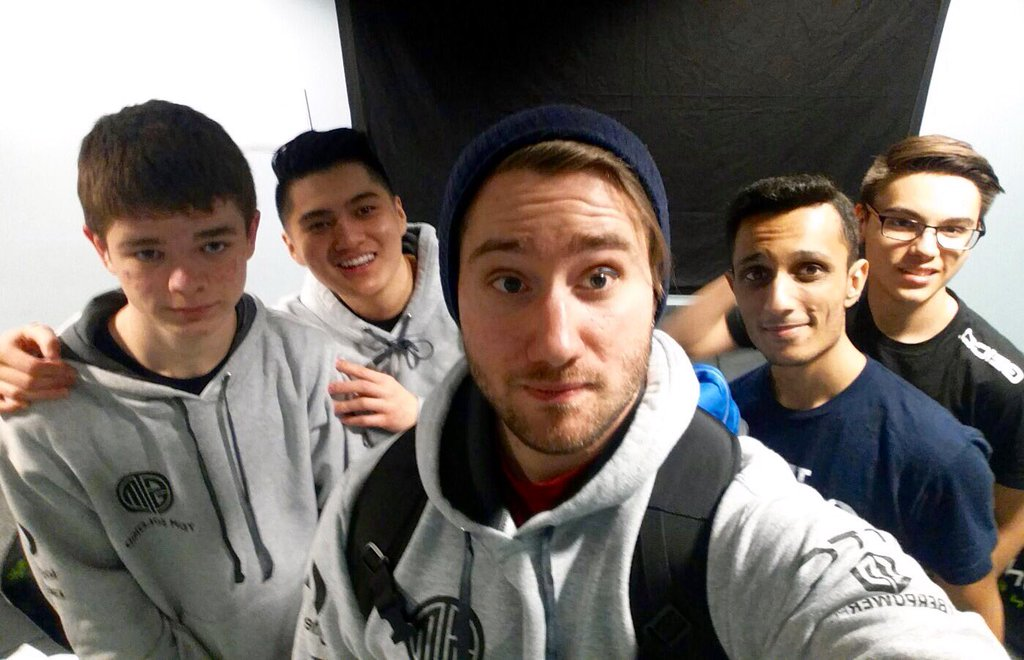 Last spring, following their top-six finish in the ESEA Season 18 LAN Finals, Nihilum was seen as a talented young roster in the midst of an upswing. At that point, the roster touted  Timothy “autimatic” Ta, Joshua “sancz” Ballenge, Andrew “Professor_Chaos” Heintz, Kyle “flowsicK” Mendez, and Soham “valens” Choudhury. However, despite their relative success, Nihilum were still willing to trade out flowsicK for the more tenured Semphis, but that change had the unintended consequence of luring in another big name in Spenser “Hiko” Martin just a few days later. Hiko’s addition caused Professor_Chaos to also be dropped, which further morphed the team’s identity.  The addition of the two former Cloud9 players left the team with five riflers, which confused roles to a certain extent, but more broadly created a mismatch as the young lineup now included two veteran players who were possibly past their prime.

In the following online matches, Semphis was designated to take up the awp role while Hiko took up his typical positions as lurker and small site player. Hiko’s re-entrance into the pro scene was not initially as successful as expected as he only put up modest numbers alongside Sancz and Autimatic, though he did show continued proficiency in clutch situations. Semphis, on the other hand, surprisingly stood out as star performer on the team with the awp, eventually earning the best stats of any awper in the ESL/ESEA league by the end of the season.

At the same time, while Valens continued to in-game lead, Semphis’s influence could also be seen in Nihilum’s overall gameplay.  Nihilum gradually began to favor mid to late round moves into sites instead of executing earlier into the round, but more infamously also began to forcebuy far more frequently, often to their own detriment. Despite the major overhaul, Nihilum managed to perform at or above expectations online, winning 11 of their opening 15 games for ESL/ESEA league, including a surprise victory over Counter Logic Gaming (CLG) in week one.

However, by mid-summer, Nihilum’s momentum began to grind to a halt. After losing five of their remaining seven games, Nihilum finished their ESL/ESEA season in sixth place, which did not qualify them for the offline finals. On June 21st during this downswing, Autimatic left the team to join the then-North American Tempo Storm quad in what was described publically as a “mutual decision.” Autimatic reportedly wanted to be more of a star player while the rest of the team wanted him to throw more grenades and assume a more supportive role.

Derek “Desi” Branchen was picked up to replace him, but the team continued to post poor results online in the ensuing weeks.  This decline in performance was later connected to a drop in motivation following the organization’s failure to pay its players. Presumably because of these financial problems, Nihilum dropped the lineup entirely by July 28th.   The lineup stayed together briefly under the new moniker “Maximum Effort” for the 2015 ESL One Cologne qualifiers, but split up after bombing out with Hiko moving to Team Liquid and Desi moving to WinterFox.

By late August, Semphis, Valens, and Sancz were then brought into Jason Lake’s new compLexity team. They were joined by two former Tempo Storm players: Daniel “roca” Gustaferri, who was then an emerging star player and Autimatic, who wanted to return to the team. Under this new formation, Autimatic was given the lurk role which he had adopted while in Tempo Storm while Roca took more aggressive positions on both sides of the map.

But under the compLexity banner, results were still only middling as the squad failed to qualify for any major tournaments or stand out in any online leagues. By late October, Semphis announced on Twitter than he would be taking over in-game leading responsibilities from Valens, who had been heavily struggling as an individual player for quite some time. During this period, Roca stepped up to become the team’s best performer followed by Semphis, Autimatic, and Sancz. Like the late Nihilum squad, compLexity was known for its penchant for force buys and their sometimes puggish playstyle. Under Semphis’s calling, compLexity managed to go on a small win streak online across various leagues in the early weeks of November, and began to look like a top-four team in NA, alongside Conquest who were also performing well online at that time. However, despite the improved results in the Cevo, FACEIT, and ESL/ESEA leagues, they again failed to qualify for any offline finals.

Via invitation, compLexity attended the iBUYPOWER Cup and the RNG Pro Series LAN in mid-November but were unable to put up any major wins or even advance beyond the group stage in both tournaments. By the end of the month following these set-backs, Valens announced that he would retire from professional play, citing disappointment in his own individual performance. With their coach Matt “Warden” Dickens participating in-game as their temporary fifth, CompLexity did manage to place second behind CLG at Northern Arena 2015, a Canadian LAN, on December 12, but the event was barely attended and only boasted a mere $20,000 prize pool, meaning that the result was hardly a superlative showing.  Despite that initial promise shown back in April, the Nihilum-now-compLexity core ended the year with no major accomplishments under their belt and little to show for their efforts.

Following Northern Arena, Jason Lake decided to add legendary 1.6 pro Danny “fRoD” Montaner to the team as a permanent replacement for Valens.  While details were never made public, it has often been assumed that Lake’s addition of the out-of-practice fRoD created sizable tension within the team as Autimatic and Semphis would leave the organization by December 19th.

Although Sancz remained behind on compLexity, Autimatic and Semphis decided to reconnect with Valens to transfer the remaining Nihilum core into the new North American rendition of TSM in CS:GO, though Valens would only be involved in a coaching capacity.  The trio were joined by former Counter Logic Gaming vetern Pujan “FNS” Mehta, as well as Daniel “vice” Kim and Hunter “SicK” Mims who were relatively inexperienced players on a neophyte Denial lineup.

The roster was announced on January 19th in the New Year only to be met by a widely negative community reaction.  Most of the criticism revolved around the dramatic drop off in ability from the original Danish edition of TSM to the new roster. Duncan “Thorin” Shields in a video titled “TSM and the Worst Off-Season in History” went as far to call the new lineup a “pile of trash” and argued that the disparity between the two teams was both “inconceivable” and a “disgrace.”

Public perception of the team only continued to decline following TSM’s 0-2 loss to the ever underwhelming WinterFox in the Last Chance Qualifier for MLG’s North American Major in Columbus. Subsequent losses to Renegades and Selfless in other online matches necessitated a change. By early March, an underperforming Vice was replaced with Russel “Twistzz” VanDulken another unknown, raw talent.

With this new addition, results improved as TSM scored victories over compLexity and Renegades soon thereafter with their young talent leading the way. Since being added onto the team, Twistzz has been their best fragger and has worked well in conjunction with SicK, who has also displayed punctuated moments of brilliance. While still showing sloppy, mistake prone play in the months followed, Twistzz’s addition, as exemplified in their week one match versus Echo Fox match in ECS, markedly improved TSM over time.

At the Americas Minor last weekend in Columbus, TSM secured wins over Team Kaliber and NRG to make it out of their group before losing to OpTic in a very close best of three series in the first round of the payoffs. After dropping into the loser’s bracket, they comfortably beat Selfless 2-0 to face the second best Brazilian team in Tempo Storm in the loser’s bracket final, where they lost 0-2. At this LAN, some moments did highlight the inexperience of 17-year-old SicK and 16-year-old Twistzz, but overall their third place finish was a solid result that exceeded the expectations of most.

But, better results came in the following week as they performed even better online. Over the course of the week, TSM defeated Team Kaliber, OpTic, and CLG to squeak through the ECS playoffs and qualify for the final in London. Their appearance in London will be the first international competition for the Nihilum/CompLexity/ TSM core since the Season 18 ESEA LAN Finals back in April of 2015.

As Twistzz will be unable to compete in the ELEAGUE due to age restrictions, we will have to wait until TSM’s full roster reaches London at end of June to see if these results are merely a temporary aberration for a group of players destined for sustained mediocrity or the start of a meteoric rise by a team that has long been written off by the community.