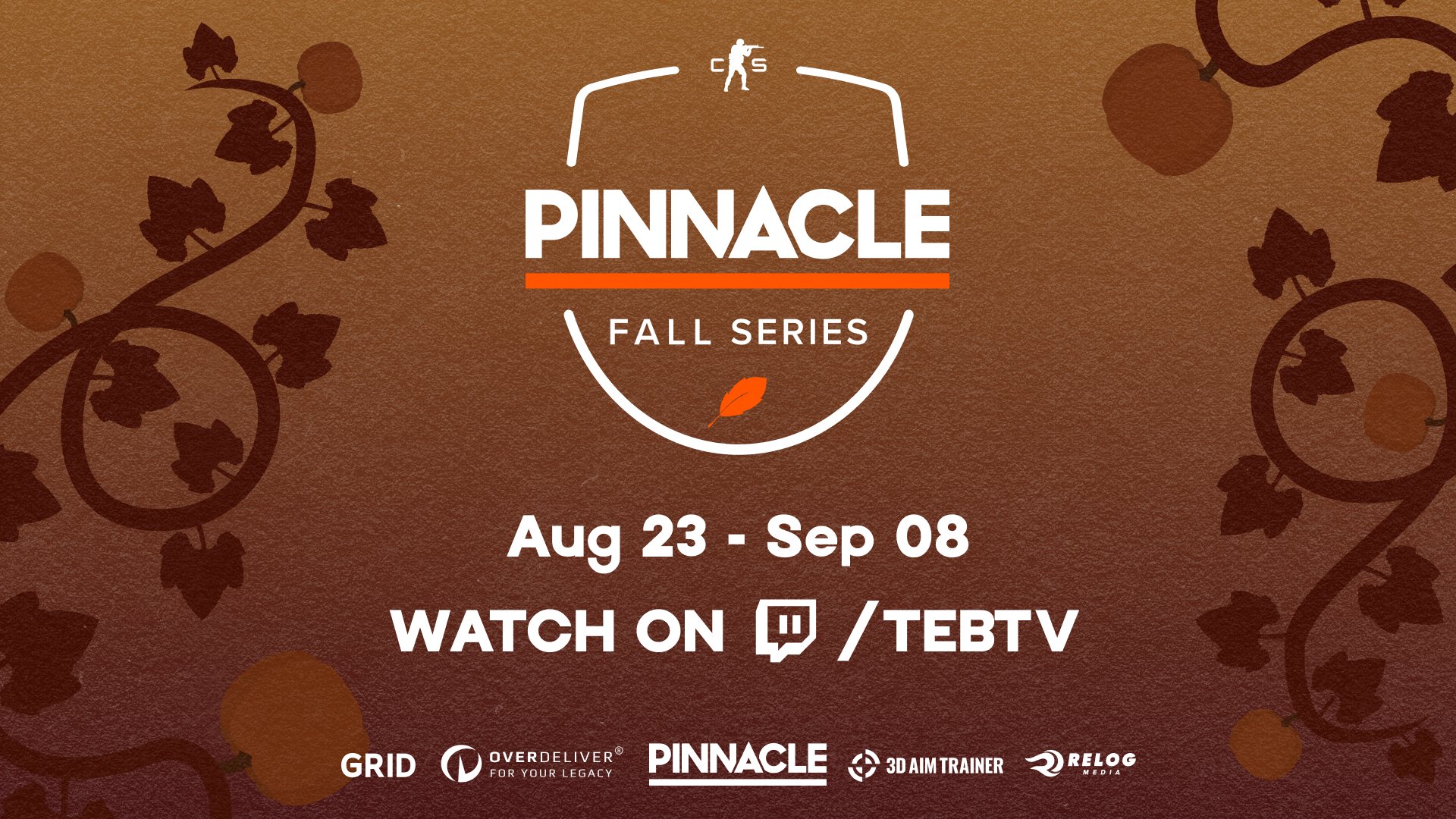 Serbian tournament organizer Relog Media and data company GRID have rebranded the Home Sweet Home circuit of CS:GO events to the Pinnacle Fall and Winter Series. The Pinnacle Fall Series is slated to be played from Aug. 23 to Sept. 8 and will offer an $84,000 total prize pool.

The tier-two CS:GO competition will feature 28 teams across four stages, starting with a 16-team Regional swiss stage, which will see eight teams advance to the next phase called Main, a swiss stage with eight invited teams, including FunPlus Phoenix, forZe, Endpoint, SAW, and Sprout.

The Main swiss stage will see just eight teams progress, like the first stage, and they’ll move on to play in a single-elimination playoff bracket. Only four teams will move forward to the last stage of the competition, which will be a secondary playoff bracket alongside another four invited teams, who will be revealed later.

The tournament series has extended its schedule to March 2022 and six teams will join the list for the LAN Sweet LAN event next year, which already includes some tier-one teams such as mousesports, OG, and Complexity, who won previous editions of the Snow Sweet Snow or Spring Sweet Spring events.

Here’s the team list for the first two stages of the Pinnacle Fall Series.