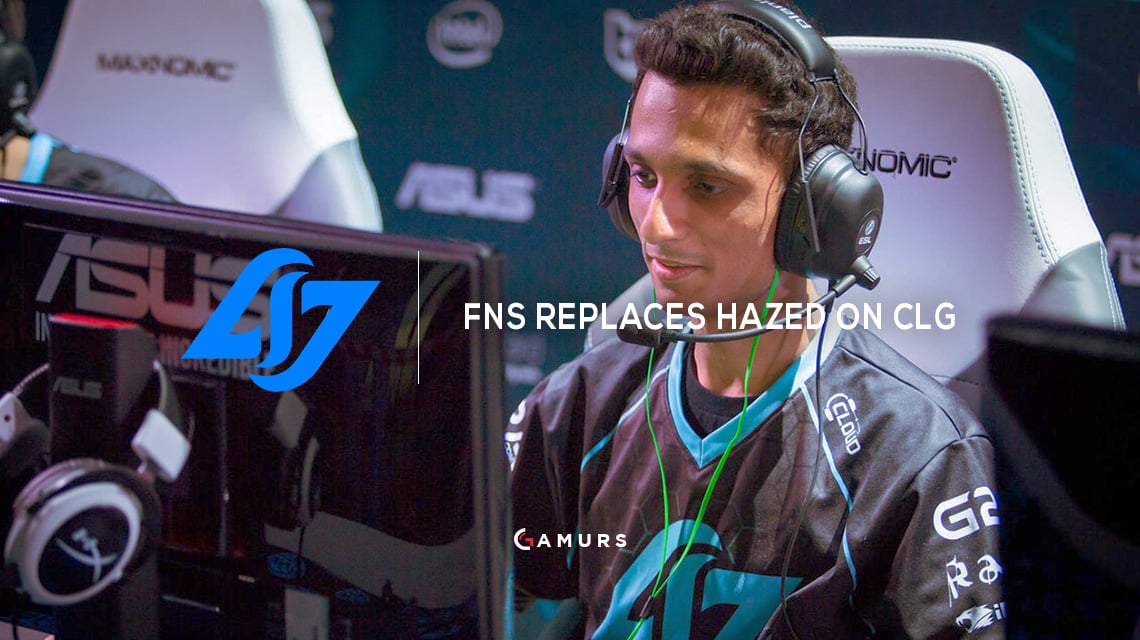 Counter Logic Gaming has replaced James “hazed” Cobb with Pujan “FNS” Mehta to complete their roster, according to Jarek “DeKay” Lewis. This news comes over a week after hazed announced his departure from the organization on New Years’ Day. In a statement released by CLG, hazed decided it was time to part ways because he has considered, “offers from other teams, start full-time streaming and even consider potential analyst/caster positions.” CLG’s lineup for future tournaments will include:

Pujan’s transition seemed to be foreshadowed by a recent tweet of his, stating, “Good luck to the rest of the teams [still competing in the Mountain Dew League] and thanks again @TeamSoloMid for everything.” FNS will be transferred from Team SoloMid, a team surrounded by controversy due to the PEA debacle that stirred the community over the past few weeks.

What do you think of FNS joining CLG? Tell us your thoughts below or with a tweet @GAMURScom