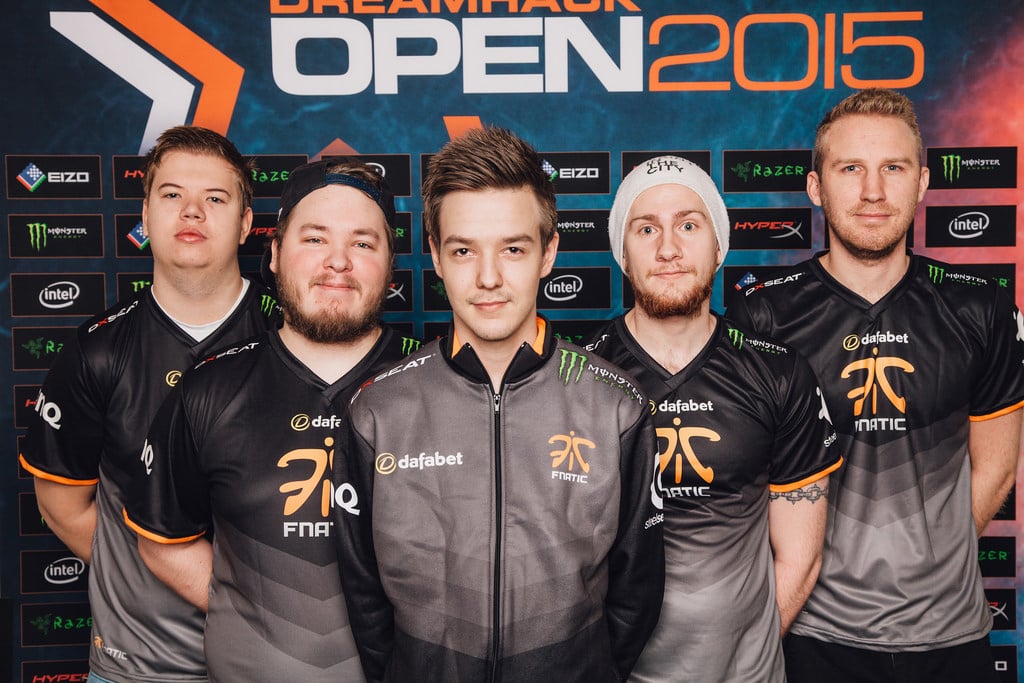 To conclude my most recent series – Fnatic vs top competitors (Astralis, Na`Vi, NiP, LG, nV, VP) by the numbers – I’ll be summarising some of the more notable inferences. It should be mentioned that in all my articles I have taken into consideration statistics from both Fnatic dynastyies and the stats have been updated up till the absence of olofmesiter.

Over the course of the last year or so, Astralis have undoubtedly been Fnatic’s toughest opposition. Astralis have established themselves as the only team with a positive record against Fnatic in best-of series matches, and the only team with a positive record in offline competition having secured 21 maps to Fnatic’s 19. While Astralis maintain the advantage offline, they fail to carry on that edge in online play thus rendering the overall record in favour of the Swedes which corroborates their endless list of teams they hold a record against.

It should also be noted that most of Astralis’ success came early on in the matchup, having secured the first four series matches in offline play only to lose three out of the next nine. Nevertheless Astralis should be proud as the sole team to securing and maintaining the advantage against Fnatic in offline play.

Luminosity, Na`Vi and Virtus.Pro all record sub 30% winrates in their matchup against Fnatic but sitting at the bottom of the barrel is Luminosity with their measly 25% winrate securing only four out of sixteen maps; yet, statistics don’t necessarily paint the full picture. It’s arguable whether Luminosity are truly Fnatic’s easiest matchup; it’s empirically evident that the latest iteration of Luminosity has undoubtedly exhibited an intense and highly competitive rivalry, only faltering at the final hurdle. As such, it’s debatable if perhaps Virtus.Pro – who boast a miserable 20% winrate in online matches, winning only five out of 25 maps -, or Na`Vi -who have never won a series against Fnatic and offer a marginally better 6-20 (23% winrate) in offline maps against Fnatic. It should also be noted that Luminosity have played significantly less games than their peers, recording a total of only 16 maps, whereas their next closest Na`Vi have played a total of 41 maps. While it’s true statistically that Luminosity hold the worst record, it’d fairer to claim that LG, Na`Vi and perhaps Virtus Pro all share the title equally.

Having been played 17 more times than the next closest map, Mirage, it’s clear that Inferno is fnatic’s most comfortable map against top tier competition; understandably so considering their astonishing 70% winrate on the map. The map has been played a total of 68 times with fnatic winning 47 and only losing 20 (a game against Virtus.Pro ended in a draw). Apart from the draw Fnatic have an 8-0 record over Virtus.Pro on inferno and 5-0 record over Na`Vi in offline play.

It’s unfortunate that a popular, historic map has been eliminated from the map pool in favour of an arguably premature inclusion of Nuke.

Not accounting for Season or Nuke, which have been off the active duty pool for the majority of Fnatic’s reign, Overpass tops the charts as the least popular map. Only 22 maps have been recorded on Overpass between Fnatic and their top opponents, nine less than the late introduced Train, which only returned to the active duty map pool in March of last year. More curious however is why Fnatic have been reluctant to play the map; they currently hold a hefty 73% winrate on it. Fnatic’s versatility in their map pool is truly remarkable, the ability to maintain a 73% winrate on your least popular map is incredible.

Interestingly enough Fnatic’s toughest opponent also happen to be their most common opponent, Astralis; which is really quite fortunate for us spectators: having the most common matchup as the toughest matchup grants us with the most interesting, most competitive spectacle in abundance. With a record of 35-32 in favour of Fnatic the matchup has seen a total of 67 games over its lifetime eclipsing both Virtus.Pro and EnVyUs who currently sit at 62 maps played with a healthy split of 40 offline games and 27 online. Unfortunately, with olof sitting in the sideline it’ll be a while before this thrilling rivalry is nourished with a true battle but hopefully by then Astralis can finally get over their choking dilemma and finally grant us a grand-final worthy of the team’s history. Between the inception of the original Fnatic dynasty and Fnatic’s latest match up with olofmeister, Fnatic have played a total of 309 maps against the cores of Astralis, NiP, EnVyUs, Luminosity, Virtus Pro and Na`Vi alone. Of those 309 maps they’ve won 198 while only losing 109 – two of the maps, both against Virtus Pro, ended in a tie – that leaves Fnatic with a 64% winrate against those who have essentially been top 6 over the last two years. Astralis lay claim to 32 of Fnatic’s losses; EnVyUs with 25; the Ninjas in Pyjamas, 21; Virtus Pro, 16; Natus Vincere with a meager 11; and Luminosity, four. It should again be noted that Luminosity have also played the fewest games against Fnatic.

309 games against just the top six teams in less than two years is an astonishing figure; roughly one map against a top team every second day. While Fnatic’s unclear future seems to lay in the injured hands of olofmeister, it is certain that their past two incarnations have found fantastic success.