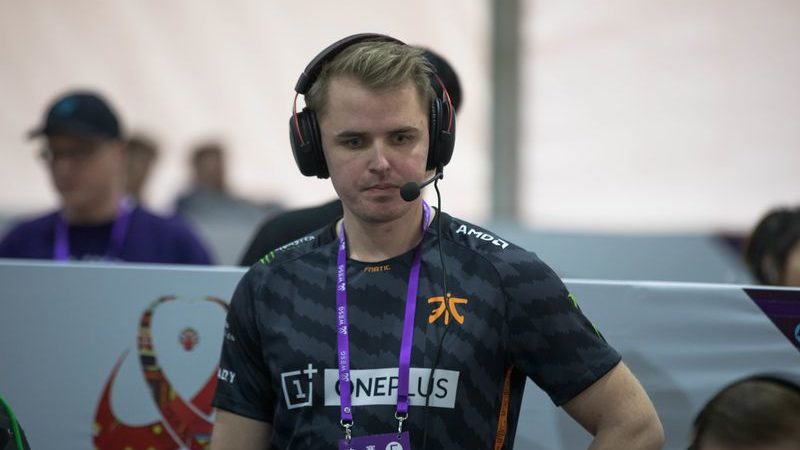 Fnatic has will not be extending the three-year tenure of its legendary Counter-Strike: Global Offensive coach Jimmy “Jumpy” Berndtsson.

The CS:GO team will be led by former Team Director Andreas “Samuelsson” Samuelsson. He was the head-coach of Fnatic academy for a year until he was promoted to the main CS:GO division in 2017.

The move comes weeks after Fnatic announced that it will bench both in-game leader Richard “Xizt” Landström and rifler Simon “twist” Eliasson after failing to qualify for the StarLadder Berlin Major.

Jumpy has seen great success on Fnatic. The Swedish player-turned-coach led Fnatic to a victory at PLG Grand Slam 2018, beating G2 Esports in the Final. Jumpy’s biggest success on was the win at the World Electronic Sports Games in 2017, from which Fnatic took home $800,000 in prize money.

Fnatic’s form CS:GO has taken a precipitous plummet recently, and the organization is clearly taking action. Fnatic finished top 12 at ESL One: Cologne 2019 in July and ESL Pro League Season 9 – Finals in June, losing to Vitality and Heroic respectively.

Fnatic will be competing in DreamHack Masters Malmo from Oct. 1 to 6. So fans can expect this roster to be finalized before the end of this month.

In an effort to get “back on top,” the Swedish organization is looking to rebuild the entire roster including the management. This leaves Freddy “KRIMZ” Johansson, Jesper “JW” Wecksell, and Ludvig “Brollan” Brolin without an in-game leader but a new coach, as Samuelsson will be promoted immediately.