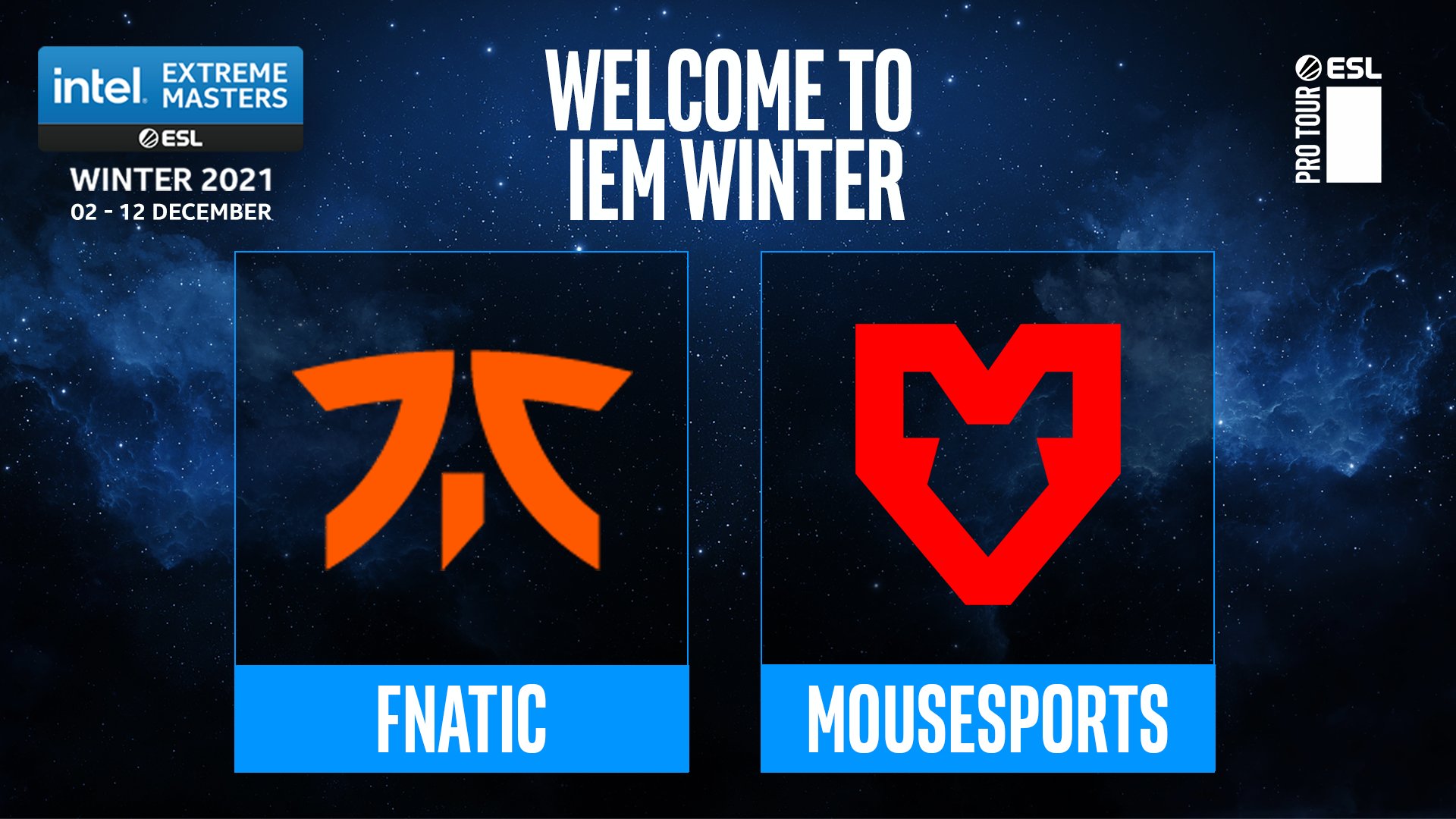 Fnatic and MOUZ have secured two of the three spots for IEM Winter in the European closed qualifier.

This CS:GO event was smooya’s official debut under the Fnatic banner after the organization signed him on a three-month trial last week and he’s already proving his value. The British AWPer helped Fnatic beat Complexity and FunPlus Phoenix, both 2-0, and is currently the highest-rated player of the European closed qualifier with a 1.36 rating.

MOUZ, on the other hand, secured an IEM Winter spot after beating 9z and K23, both 2-0. David “frozen” Čerňanský has been their best performer over the course of the past three months and he delivered again in this qualifier. The 19-year-old Slovakian averaged a 1.31 rating across the two series and played an instrumental part in MOUZ’s wins.

The IEM Winter European closed qualifier will resume tomorrow with K23 vs. ENCE and FPX vs. Team Spirit, both at 6:30am CT. The winner of those matches will play the lower final at 10:30am CT and whoever wins will secure the final spot left for the main event.

IEM Winter is slated to run in Europe on LAN from Dec. 2 to 12. There will be 16 teams in attendance, including big-name contenders such as Ninjas in Pyjamas, Vitality, Gambit, Heroic, and Astralis.