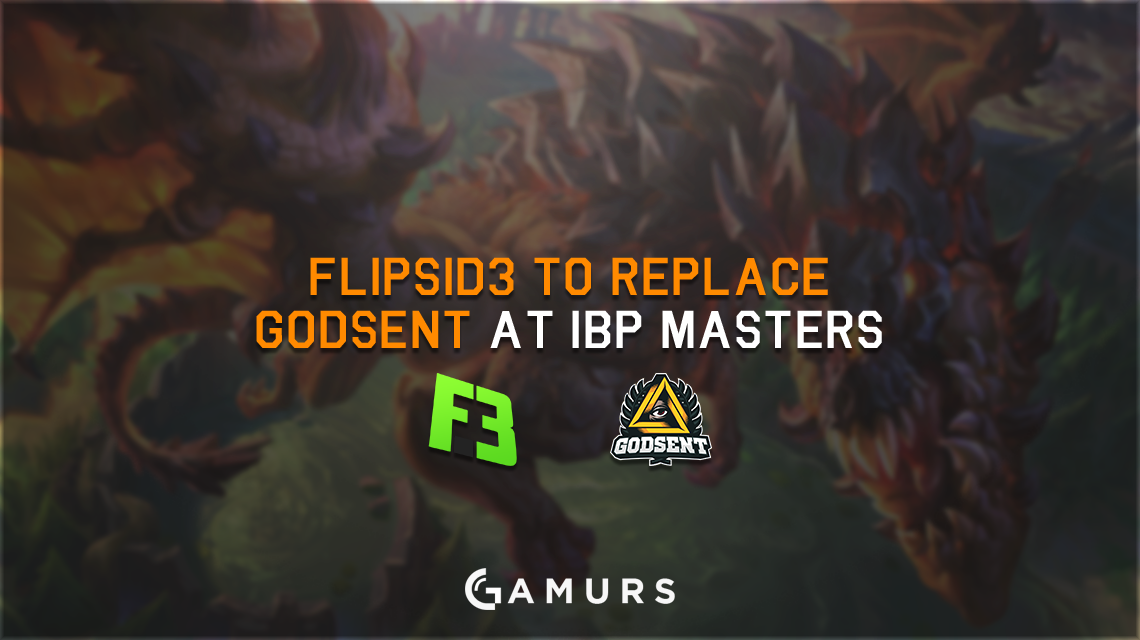 Earlier today, it was announced that GODSENT will not be attending the iBP Master Tournament at The Hangar in Orange County, California from Nov. 12-13.

Flipsid3 will be taking their place for the chance to win a piece of the $400,000 prize pool, as well as the opportunity to qualify for IEM Oakland from Nov. 19-20 at The Oracle Arena in Oakland, California.

No official announcement has been made as to why GODSENT will be absent, with iBP’s tweet calling it “unforeseen circumstances.”

This will also be Denis “electronic” Sharipov’s first appearance at a North American tournament since his trial began for Flipsid3 back on Sept. 21.

With Flipsid3’s lackluster performance during the last week of the ESL Pro League, it remains to be seen if the CIS team can pick up some steam at this LAN.

What are your predictions for iBP Masters? Let us know by commenting below or tweeting us @GAMURScom.