Teams keep wasting the potential of their most-talented players. 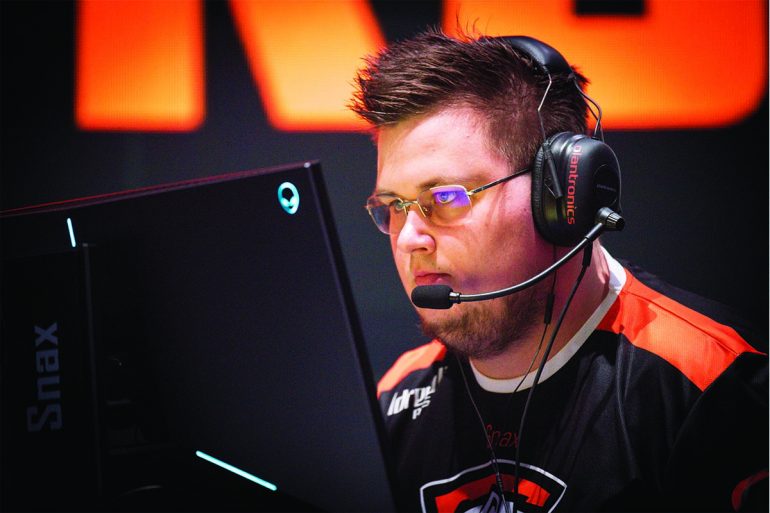 Earlier this week, North dropped Casper “cadiaN” Møller, who was their in-game leader for the last eight months. Valdemar “valde” Bjørn, the team’s star player, is now set to take over as North’s captain.

Turning a team’s best player into a captain appears to be a common move recently in Counter-Strike: Global Offensive. But is this worth it? Here are five examples where this type of move went wrong or didn’t go according to plan.

Janusz “Snax” Pogorzelski was once considered one of the best players in the world when he was playing on the legendary Virtus Pro lineup. After an awful performance by the Poles at StarSeries Season 3 in April 2017, he stepped in to fill Filip “NEO” Kubski’s shoes so the former leader could focus on his individual play.

The change didn’t pay off at all, aside from a semifinal run at PGL Krakow Major in July 2017. The Poles played well on home soil, but after the event, the same problems continued. They lost Snax’s firepower and the rest of the players never seemed to like his gameplan, which was more loose than NEO’s strategy.

He gave up the IGL role after ESL New York in September 2017 and Virtus Pro never bounced back from its slump—something that they were famous for. The team ended up selling Snax to mousesports in 2018, but he never showed his original form again. Snax was brought back to Virtus Pro in December 2018, but the team has been struggling to perform in the Polish scene.

Gambit’s Major title at PGL Krakow in July 2017 looked like a dream come true for the players. But in the weeks that followed the event, they dropped Danylo “Zeus” Teslenko, the most well-known IGL of the CIS region, who returned to Natus Vincere, a team that he considers home.

Gambit contracted Bektiyar “fitch” Bahytov, a Kazakh rising talent just like Abay “Hobbit” Khasenov, one of the team’s stars. The player who really stood out at PGL Krakow and gained the MVP trophy of the event was the veteran Dauren “AdreN” Kystaubayev. He took Zeus’ role after his departure.

AdreN also decided to give his spots in the game to fitch so the new player could play comfortably. The move was disastrous and Gambit quickly fell in the ranks under AdreN’s leadership. He stopped being one of the most reliable players in the game and started to underperform in various tournaments. Gambit’s best result with AdreN as the IGL was reaching the semifinals at DreamHack Masters Malmo in September 2017.

AdreN gave up the IGL role in January 2018 to Mikhail “Dosia” Stolyarov, but he never played at the same level again. Gambit released him in December 2018 and AdreN has been a stand-in for FaZe Clan since January 2019.

Gabriel “FalleN” Toledo is the most recognized CS:GO player in Brazil. He helped develop the country’s scene and has been a great in-game leader over the years. SK Gaming won eight titles in 2017, but the team started 2018 with a couple of bad results. Things got worse after WESG 2017 in March 2018 when Epitacio “TACO” de Melo decided to leave the team.

SK Gaming instantly brought in North American star Jake “Stewie2K” Yip, but the squad had a hard time surpassing the language barrier. After another fluke at IEM Sydney in May 2018, Marcelo “coldzera” David, the best player in the world in 2016 and 2017, took the IGL role from FalleN so the old captain could focus more on his individual game.

The change only lasted a month, since SK Gaming didn’t play any better under coldzera’s leadership. Although they grabbed one title at Adrenaline Cyber League in May 2018, the team underperformed in the big tournaments. FalleN became the captain once again after StarSeries i-League season five in June 2018.

The CS:GO scene had great expectations when G2 announced their so-called “super team” in February 2017. The lineup featured four big names in French Counter-Strike: Richard “shox” Papillon, Kenny “kennyS” Schrub, Nathan “NBK-” Schmitt, and Dan “apEX” Madesclaire. They were joined by a great up-and-coming talent in Alexandre “bodyy” Pianaro. Shox, a big star on the lineup alongside kennyS, was going to be the in-game leader.

The investment was big and the team had the obligation to deliver good results frequently. But they only won two titles with this lineup: The ESL Pro League season 5 finals in June 2017 and DreamHack Masters Malmö in September 2017. Besides that, they only reached a couple semifinals and quarterfinals.

G2’s last tournament with this lineup was at IEM Katowice in February 2018. Shox had wrist surgery in March 2018 and was sent to the bench. G2 picked up Spanish player Oscar “mixwell” Cañellas as a substitute and NBK claimed the IGL role. Later on, shox revealed that he wanted to kick apEx and NBK because they didn’t share the same thoughts about how the squad should be playing.

The move ended up happening in June 2018 as G2 benched both NBK and apEx to bring on Kévin “Ex6TenZ” Droolans and Edouard “SmithZz” Dubourdeaux. This lineup didn’t pan out either and the only remainders of the “super team” are kennyS and shox, who are still trying to guide G2 to success.

Nikola “NiKo” Kovač was one of the best players in the world in 2016 when he was representing mousesports. But the team didn’t accomplish any titles or good campaigns, especially at Majors. When FaZe hired NiKo’s services in February 2017, the community was expecting wonderful results because he was going to play under one of the most prestigious captains in CS:GO, Finn “karrigan” Andersen.

FaZe’s new team worked out quickly and NiKo finally unleashed his full potential. The team won their first title at StarSeries i-League season three at April 2017 and only got better after the additions of two other great players: Olof “olofmeister” Kajbjer and Ladislav “GuardiaN” Kovács. FaZe grabbed three more big titles and two second-place finishes before the end of 2017.

Things started to go wrong for FaZe after they lost the ELEAGUE Major in January 2018 to Cloud9, who was a massive underdog. And at the next event, FaZe lost in the grand final at IEM Katowice in March 2018 to Fnatic, who wasn’t performing well at that time.

Olofmeister requested a break from the game and FaZe won two big tournaments using stand-in players, first with Richard “xizt” Landström at IEM Sydney in May 2018 and again with Jorgen “cromen” Robertsen at ESL One Belo Horizonte in June 2018. Olofmeister later returned, but FaZe failed to deliver good results and decided to change the IGL role from karrigan to NiKo in September 2018.

Under the leadership of NiKo, FaZe won EPICENTER Moscow in October 2018, but was struggling to show good results on a regular basis. The organization dropped karrigan in December 2018 and has been playing with Dauren “AdreN” Kystaubayev as a stand-in. Besides the win at Blast Pro Series Miami in April 2019, the team isn’t performing well with NiKo as the captain and is looking to hire a new in-game leader so he can focus on his individual game.