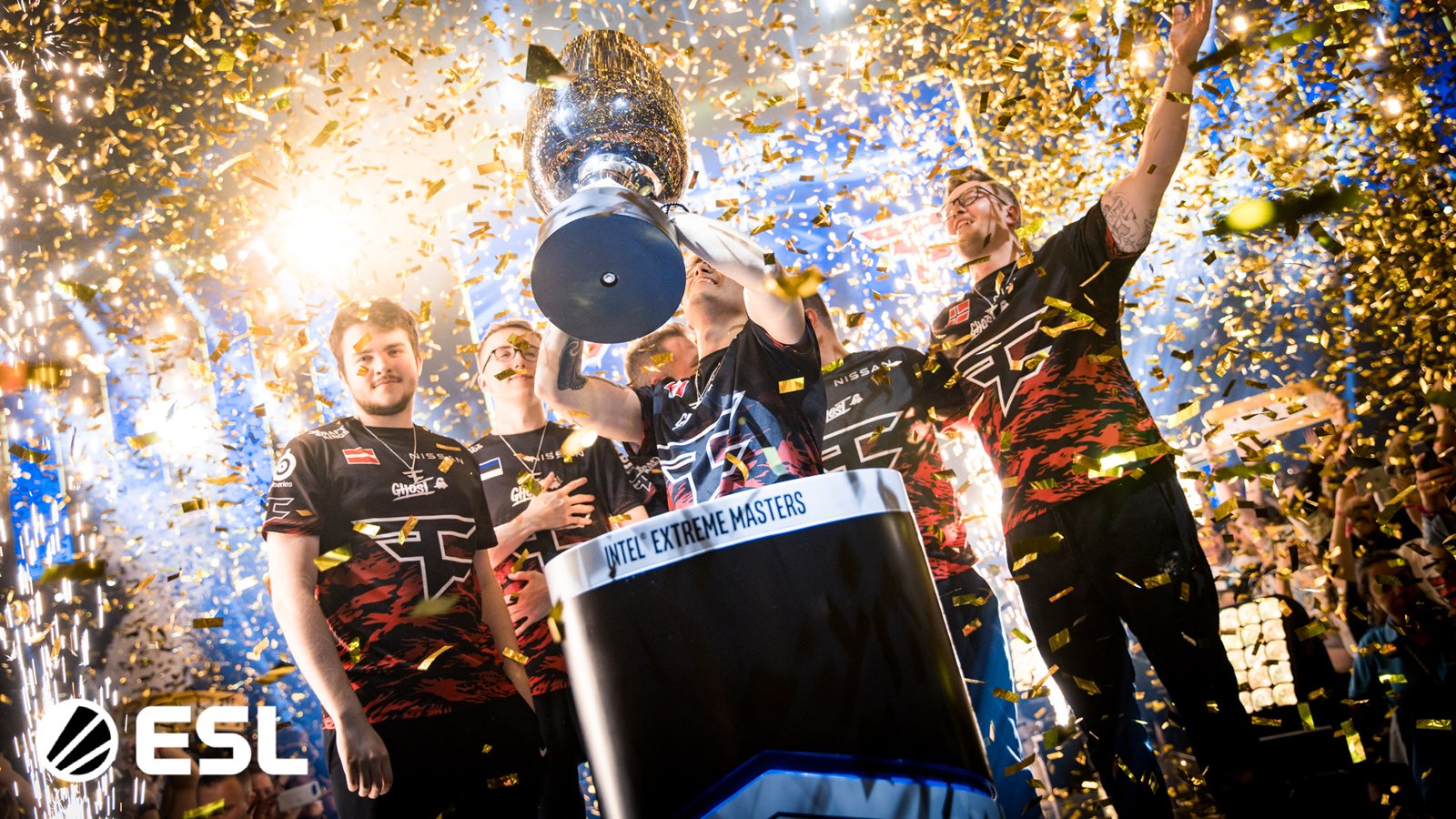 In an epic best-of-five affair that went long into the night, the FaZe squad held off their CIS counterpart in the IEM Cologne grand final. The two best CS:GO teams in the world collided in the Cathedral of Counter-Strike in a matchup that both in-game leaders billed as the decider of who’s the best. The series delivered and then some, providing an encyclopedia of tactics and a movie’s worth of highlight reels for fans of competitive CS:GO.

The teams were evenly matched throughout the eight-hour affair, and the series was decided by the closest of margins. In the end, FaZe proved to be the superior squad again, but it was a testament to NAVI’s prowess how close they got, despite playing with a stand-in in the form of sdy and moving the IGL mantle over to electronic.

For FaZe, this has been a scintillating season, becoming the first international roster to win a CS:GO Major, a Pro League title, a triumph at Katowice, and now, the IEM Cologne trophy finally added to karrigan’s trophy cabinet.

The series opener was reminiscent of the Major final just two months ago, with karrigan and crew picking Inferno and racing out to a 5-0 lead on the T side, firing up the crowd. But each round was a close-fought affair, and so it was proved after NAVI immediately forced them to eco with their first win. From that point on, NAVI put up an excellent defense, winning nine out of 10 rounds to take a lead.

But FaZe’s CT side turned out to be even sturdier, grabbing the pistol and the conversion round before letting three rounds slip, falling behind 12-8. Just like in the first half, however, this was as far as the attackers got. Seven round wins in a row got FaZe to map point first, and NAVI could only post one in response before succumbing to the pressure. The two AWPers, s1mple and broky, topped the charts, setting up a titanic battle for the rest of the series. FaZe took Inferno 16-13.

NAVI fight back on Overpass to even up the series

FaZe won the pistol round again in map two, Overpass, but s1mple followed up with s1mple things to help his team immediately bounce back.

The international side only managed to grab a smattering of rounds before clawing back from 3-5 to 6-5, but strong individual performances from the NAVI players gave them the edge by the end of the half.

Again, FaZe picked up the pistol and three more rounds on the trot, but NAVI stabilized things and answered with seven rounds in a row themselves, giving themselves four map points. In the end, karrigan and crew could only repel two of them before Perfecto clutched out a one-vs-one to even up the series with a 16-13 win on Overpass.

Just like in the semifinals, Ancient was a tale of two CT halves: NAVI took a crushing lead on the defensive side, racing to a 10-0 lead before FaZe could claw back a couple of table scraps to end the half 12-3. It seemed like an impossible task after the CIS squad won the pistol and successfully converted the follow-up round as well, then trading rounds to set up a 15-4 scoreline. Incredibly, FaZe managed to pull it all the way back to overtime courtesy of the heroics of Twistzz and rain. But even that wasn’t enough. After the complete shutdown in regulation, NAVI finally found a way to break through on the T side, winning the first overtime half 2-1 and then defusing twice to close things out 19-16.

In a normal CS:GO tournament, this would have been it. In the Cathedral of Counter-Strike, though, NAVI had to win another map.

Map four, Mirage, was NAVI’s pick, but karrigan mentioned that they had something special in store. And so they did: despite NAVI’s early round wins, FaZe matched them blow for blow and then roared ahead to secure a 10-5 half after a series of incredible showdowns, including a memorable standoff between rain and s1mple that lasted almost a minute.

No one could match broky, ropz, and Twistzz as FaZe scored the first comfortable map win of the series, a 16-9 affair where sdy and Perfecto both had poor games for NAVI. The question was whether they could recover in time to save the series for the CIS squad.

Nuke decides it all and yields a sweet victory for FaZe

The grandest of grand finals and one of the best series in professional CS:GO history came down to the fifth map, Nuke, the map where FaZe secured a 2-0 win in Antwerp against NAVI in the Major final. This time, it was a much narrower affair, and it wasn’t clear who would win until the final round of play.

NAVI started strong on offense, winning five rounds in a row on the less-favored side of the map before FaZe could stabilize things. Still, the international side never managed to secure a lead before swapping sides, equaling the score 6-6 before losing two rounds in a row, ending the penultimate half of the series 7-8.

It was the veterans, 32-year-old karrigan and 27-year-old rain, who kept FaZe in it for the first half, but it was Twistzz who went nuclear once they swapped to the offensive side of play. FaZe won yet another pistol round and got a clean conversion off of it. Frustrations began to mount for NAVI as FaZe won clutch after clutch to extend their lead to four rounds before sdy’s individual heroics saved the day against what seemed like a sure-fire A-site take. The stand-in had an impressive but uneven series up to this point, but he scored a quad-kill to turn the tide.

NAVI struck back with five rounds in a row, taking the lead at the tail end of the series by a score of 14 to 13. Again, it was Twistzz who went above and beyond, a double entry on the A site to secure a crucial round and an economic advantage.

Here, additional drama came at 14-14 in the form of a tech pause. The players had to sit there in silence as the clock ticked toward 11pm, waiting for a computer issue to be fixed, with everything to play for. NAVI had the guns but not the utility as they headed into round 29, with momentum ebbing and flowing between the two squads.

Ultimately, it was an incredible individual play that gave FaZe tournament point. It was Twistzz again who stepped up to the plate, flying high from the silo, jumping over electronic waiting below, then turning around for a quick kill. He rapidly pushed into the A site and secured two follow-ups to give his team their fifteenth round on Nuke, breaking NAVI’s economy in the process. All the CIS squad could muster was a single rifle on s1mple and four pistols, and their paltry defenses were melted by karrigan’s men, securing FaZe an unforgettable title with a 16-14 vicitory on Nuke.

No team has managed to win the Katowice, Cologne, and the Major titles in the same season so far. Coupled with a Major title, FaZe are on the cusp of an era, and they will be gunning for the Intel Grand Slam—a $1 million bonus prize for winning four out of 10 consecutive events in the IEM circuit—after the player break. With this, they have six chances to get the job done, including the upcoming Rio Major in October.