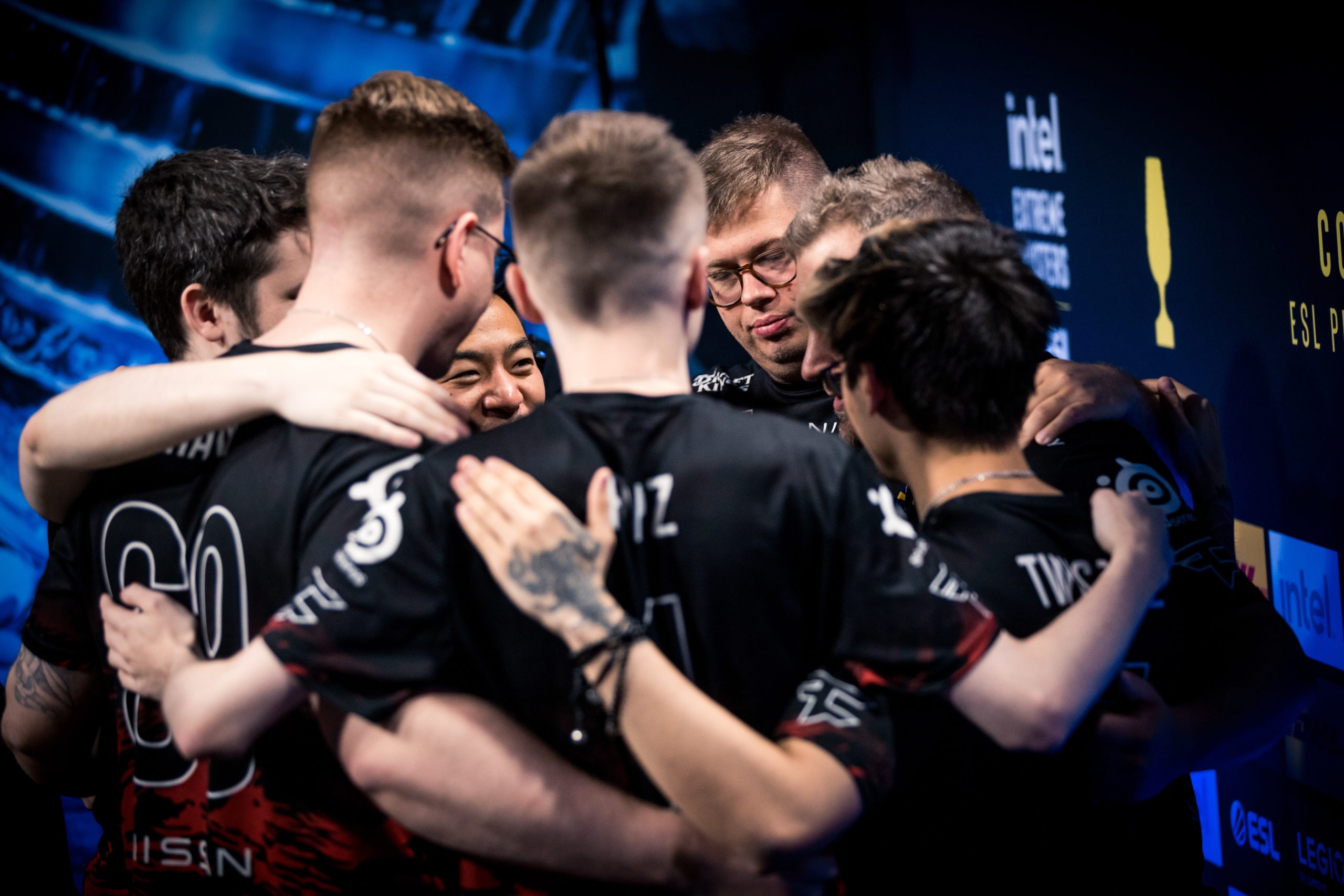 Experience trumped resilience in the Cathedral of Counter-Strike as FaZe survived a comeback attempt on Ancient against Movistar Riders on Saturday, winning with a 2-0 scoreline. They quickly closed out Nuke to set up a grand final against NAVI in a bid to win yet another elite event with their international squad.

With not a single map dropped so far in Cologne, FaZe deservedly qualified for the final challenge. There can be no denying the Riders’ excellence; like ENCE before them, their tactical foundations and evident mental toughness made them worthy winners over many higher-ranked teams throughout the event.

The two fan-favorite sides collided in the semifinals of IEM Cologne, as karrigan’s undefeated FaZe Clan squared up against the Spaniards of Movistar Riders. SunPayus and company made it all the way through the play-ins to get this far, beating MIBR and Team Vitality to qualify for the main event.

Starting off the series, it was a tale of CT sides on Ancient, as FaZe’s 11-round hold was almost matched by the Spaniards, who just couldn’t find a way to crack FaZe’s defenses once both teams were on full buys. Despite bouncing back from early round losses, turning an 0-2 score to 3-2, they then lost nine rounds in a row as broky put on a clinic, scoring 20 kills in total in the first half before Movistar picked up an all-important fourth to keep their hopes alive.

Initially, that round win seemed like a formality, as FaZe won yet another pistol round and followed it up with two more wins. However, the underdogs once again showcased their resilience. Just like in their wins over Vitality and G2 in the groups, not to mention their quarterfinal win against Team Liquid, Movistar Riders kept their poise under fire, embarking on a seven-round streak off the back of dav1g’s heroics to make things competitive again. However, two quick B-site hits closed out the map for FaZe, giving karrigan’s men a win on their opponents’ pick.

Undeterred by the painful loss on Ancient, Movistar Riders started their campaign strong on Nuke, racking up three rounds in a row on the CT side. However, they started to feel the persistent economic damage dealt by FaZe, and after a couple of back-and-forth rounds, the international squad equalized the score by round 10, leaving nothing but SunPayus’ saved AWP for the defenders to rely on going forward.

SunPayus picked up an incredible opening kill on the ramp to give his team a chance but they were unable to protect the B site from the flood of well-equipped aggressors. The AWPer in 8/3 was accompanied by DeathZz and his 14/8 scoreline on top of the scoreboard, but it wasn’t enough to maintain equilibrium on the defensive side: mopoz continued to be a reliable source of opening kills for FaZe, and four rounds later, he ended the half with a K/D of 4/11, languishing far on the bottom of the scoreboard.

Though the Spaniards rallied to an 8-7 lead, it was a worrying number of rounds to give up on the defensive half of Nuke, especially for a team that has done its best work on the CT sides throughout the event.

Initially, it was Twistzz and ropz who led the way for the international squad, but it was rain who kicked things off on the CT side, closing out the pistol round with a double kill and following it up with a triple plus an assist in the conversion.

Movistar Riders struck back in round 18, but it proved to be a mere mirage: back-to-back clutches by karrigan and ropz followed by a big shutdown gave FaZe a 12-9 lead, and relegated the Spaniards to mere pistols. It was the beginning of the end as the favorites gave no quarter, winning all four required rounds in a row to earn their spot in the final. For Movistar Riders, their reward was a standing ovation in the arena, but their run ended against the reigning Major champions.

Tomorrow, FaZe and NAVI will play out a rematch of the Antwerp Major’s grand final: the two top-ranked teams in the world have won all elite-level events of the year, and now, heading into the player break, they will both be looking to add the most prestigious non-Major trophy to their cabinet.