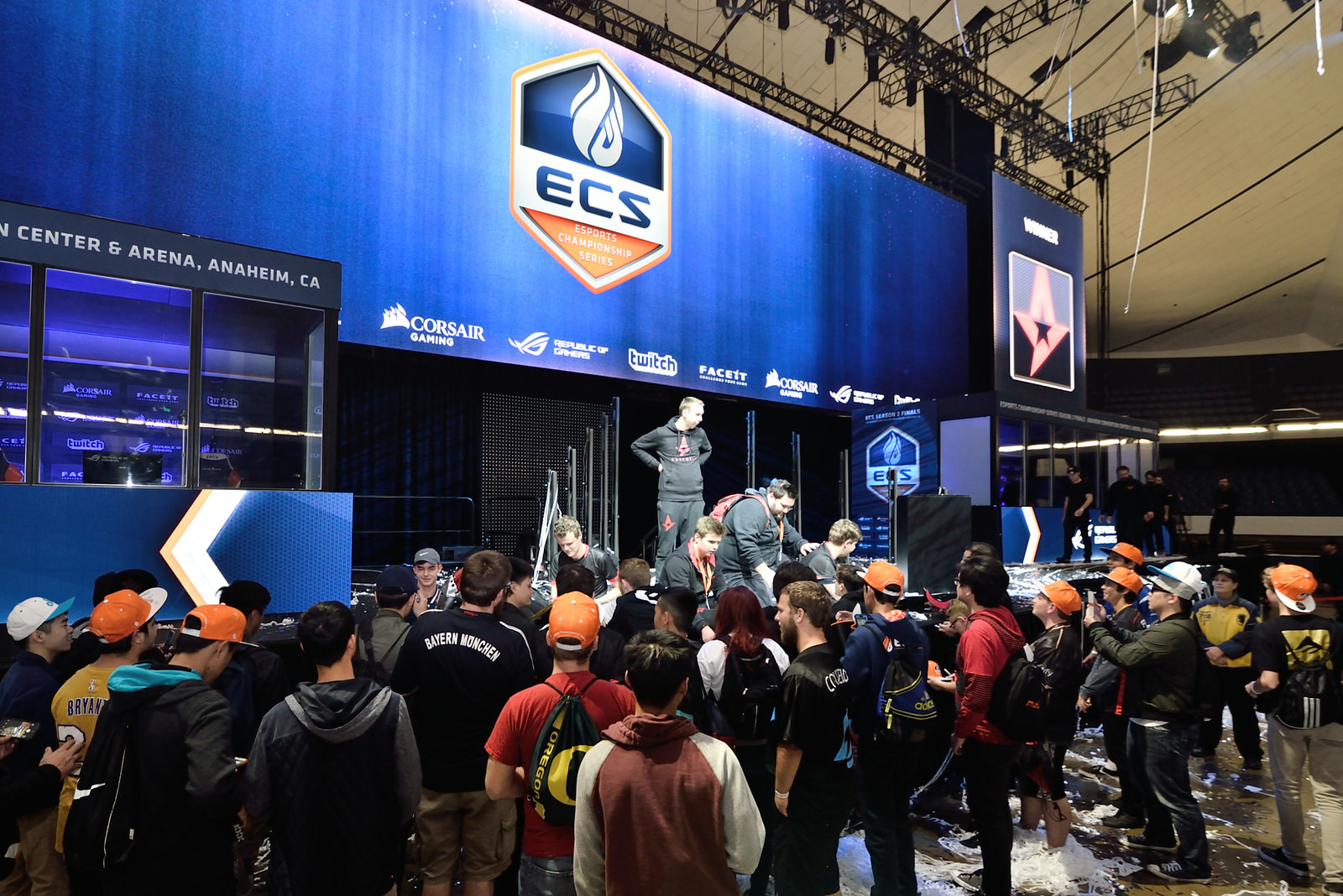 For the past two years, the size of the crowds at esports events has become one of the main symbols of the industry’s growth. From barely filling basements to conquering arenas, tournament organizers have made the audience the focal point of esports’ entry into the mainstream. But FaceIt is looking to shake that up with this year’s Esports Championship Series finals.

The LAN finals of the fourth ECS season, which are currently ongoing, do not have a live audience—a radical move considering the ECS has built its reputation on selling out both the Wembly Arena in London and the Anaheim Arena in Anaheim, California.

“The concept was to really try and focus as much as possible on the two most important aspects of an event: the stars (players) and the community,” said FaceIt co-founder Michel Attisani. This of course means that the league had to make some compromises, and in this case that meant not having a live crowd for the event. Instead the FaceIt team has dedicated all of its efforts to provide its viewers with a ton of unique content with their favorite pro players.

“The ECS first became popular due to our focus on content production, and we felt that by focusing solely on delivering a live venue experience, we were losing touch with out roots.”

FaceIt’s vision of providing players with a stress-free environment perhaps isn’t entirely unreasonable, considering the state of competitive Counter-Strike: Global Offensive. Throughout 2017, almost every weekday has been peppered with online competitions, travel days, and LAN tournaments. As such, the players attending the ECS playoffs were very open to the idea of concluding the year with more of a laid-back experience, according to Attisani.

In fact, the approval of the players was particularly important given the ECS’s ownership structure, where teams themselves have the option of acquiring a percentage of ownership. A move like this had to first go through the league’s team and player council.

“Having the players’ blessing is what allowed us to move forward and pull the trigger. We needed to make sure they wanted it and actually approved of the idea.”

This does come with its own share of trade-offs for the tournament, and teams, however. All teams that choose to invest into the league via its co-ownership deal are guaranteed a share of the revenue it generates. This includes ticket sales for the playoffs of each season, making the move an important one for the teams in attendance.

“A live crowd is an additional revenue stream, but it comes with its own unique costs as well. So we’re probably leaving some money on the table by doing it this way,” Attisani says.

Fortunately for the ECS, a recent exclusivity deal with YouTube means the league’s primary revenue source comes from the online viewing audience. It also gives it the opportunity to debut new features from the YouTube Gaming platform, allowing fans to link their FaceIt and YouTube accounts and making them eligible for in-game drops, as well as receiving live statistics from ongoing matches. “We’re centered around building the right product for fans and players,” according to Attisani. “So the revenue aspect [of live audiences] is secondary.”

Given the lack of any live audience, the ECS Season 4 LAN finals will be considerably smaller in scale compared to its most recent seasons, and depending on its success it may become a more prominent format within the tournament series.

“If it’s successful we’ll repeat it. But the Season 5 finals are already booked to go down at Wembly Arena. London is also becoming a staple for live esports events in Europe, so we’re definitely not giving up on live events altogether. But if we feel that this model works well we’ll be keen on trying to replicate and expand on this model.”

From Attisani’s descriptions of the event, it sounds as if the finals will bear more similarity to grassroots-oriented esports tournaments like the HomeStory Cup or The Summit, which are almost completely centered around the personalities attending the event, rather than the competition. But in contrast to these events, which tend to be on the smaller side in regards to prize payouts and scope, the ECS is in a different league in terms of scope and prestige. This is a challenge Attisani seems more than confident in being able to overcome, however. “Looking back at our first seasons and the feel of them, we want to see if we can achieve the same effect with the resources of a large-scale event.”

The Esports Championship Series Season 4 grand finals will take place from Dec. 15 to 17.