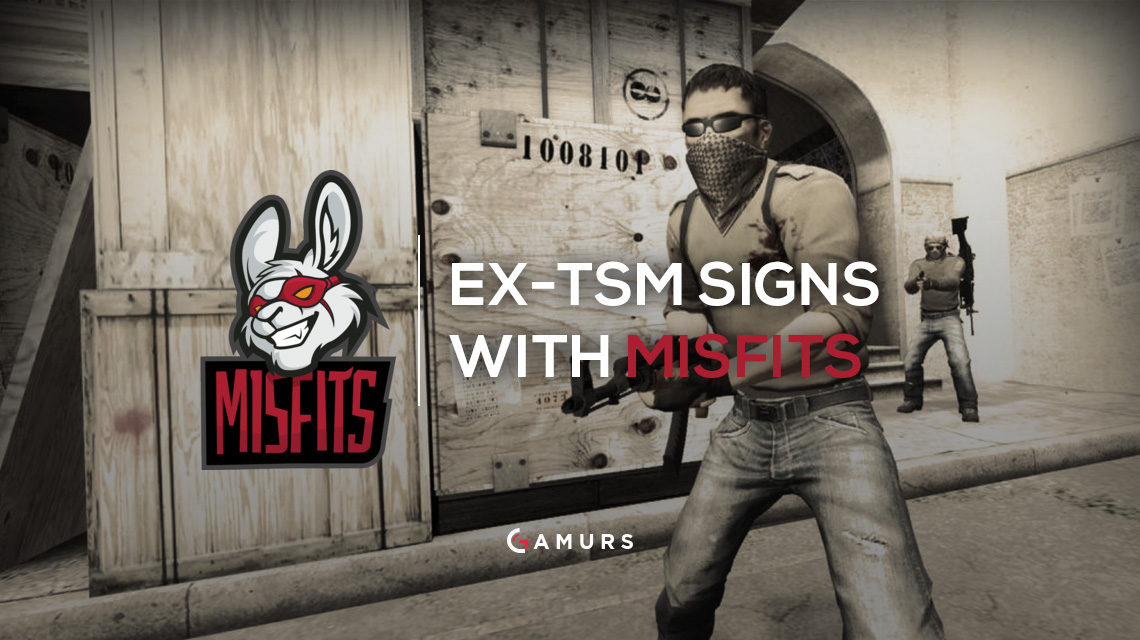 Misfits has picked up Team SoloMid’s former roster just hours after they announced their departure. The ex-TSM squad decided to part ways with the organization because they preferred to team with their in-game leader, Sean Gares – a player who took a majority of the flak in the PEA controversy. Misfits announced their expansion into the Counter-Strike scene via a comedic YouTube video posted to their Twitter. Their roster will consist of:

This is the sixth esport that Misfits has ventured into, with League of Legends, Overwatch, Super Smash Bros., Hearthstone, and Heroes of the Storm being the other five. It will be interesting to witness the direction that Misfits will choose to lead the former TSM roster in, as they’re now set to compete in Season 5 of the ESL Pro League.

What do you think of Misfits newest acquisition? Tell us your thoughts below or with a tweet @GAMURScom.