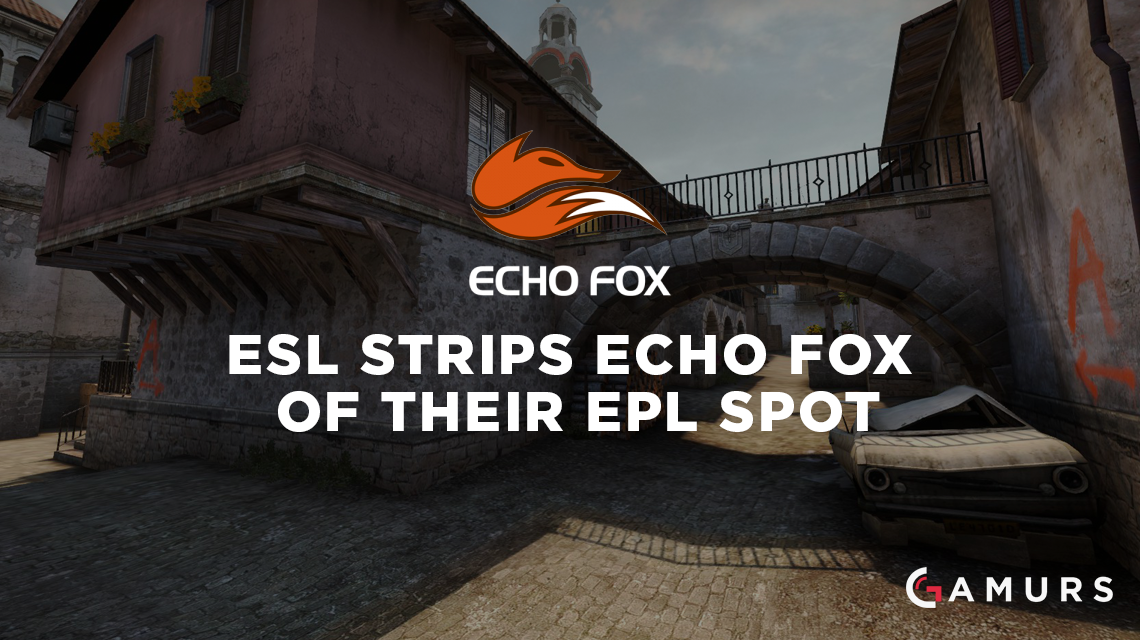 ESL has decided that Echo Fox’s North American ESL Pro League spot will be forfeited due to EF failing to provide a roster. They will be replaced by the winner of a best-of-3 decider match tonight between Splyce and Selfless Gaming, per a release.

Echo Fox has not had a complete roster since December when Sean “sgares” Gares and Shazeb “ShahZam” Khan left for Team SoloMid, while Ronnie “ryx” Bylicki joined Splyce.

Selfless Gaming, a team that placed T9 at WESG last month, will be competing with the following roster:

Winning this decider match could be an opportunity of a lifetime for the players, so this will definitely be an intense contest.

Who do you think will win the match tonight? Let us know in the comments below or on Twitter @GAMURScom.