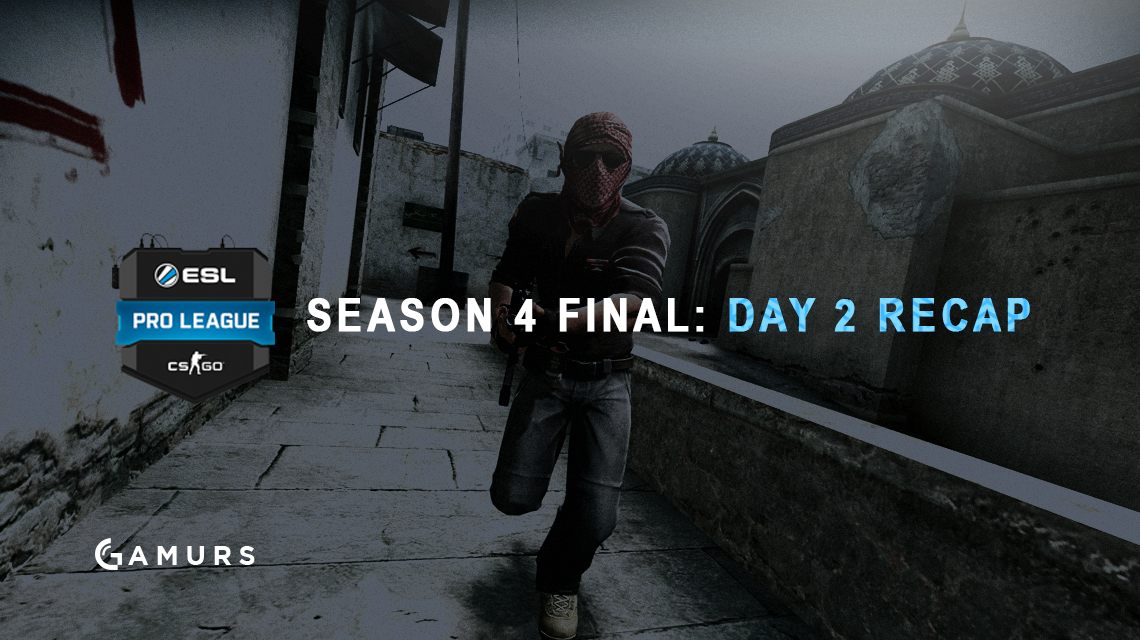 The second day of the ESL Pro League Season 4 Finals in São Paulo has come to an end, completing the first half of the group stage matches. Here are the results from today’s matches (Oct. 27).

In Group A, Immortals continued to look shaky even on home soil, getting dismantled by the American side of OpTic. EnVyUs and Mousesports both improved to 2-0 to lead the group, and Liquid’s post-Peacemaker struggles seemed to continue with an abysmal Dust II loss.

In Group B, after a rocky start yesterday, hometown heroes SK Gaming managed to pull off two dominating wins over FaZe and Cloud9. Finn “Karrigan” Andersen led FaZe to take a game off of the red hot Dignitas and Ninjas in Pyjamas, as well as an astounding comeback victory against NRG. Group B now moves into a four way tie between SK, NiP, Cloud9, and Dignitas.