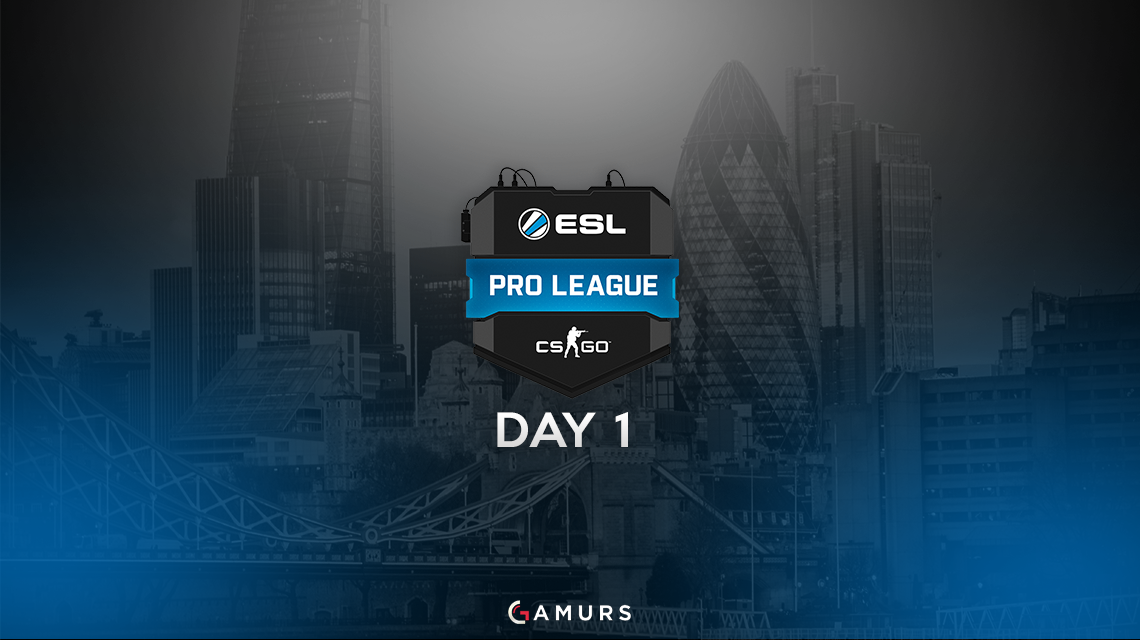 ESL Pro League Season 3 Finals began with the first set of group matches today. After the initial best-of-one matches, winning teams played another best-of-one game. Losing teams were scheduled to play a best-of-three match with Group A losers today and Group B losers tomorrow. Here is the recap:

Tomorrow, Cloud9 and Team Liquid will play in the Group B loser’s match before the two deciders matches. The team that wins the match will have one more attempt to qualify for the semifinals. Astralis and tomorrow’s losing team are knocked out of the competition.

G2 Esports and Ninjas in Pyjamas are already qualified for the semifinals on Saturday, so they will have a break tomorrow. FNATIC, OpTic Gaming, Luminosity Gaming and the winner of the Group B losers match will play in the decider matches tomorrow to qualify for the seminals. The final match on Sunday will decide who takes the crown for season three and receive $200,000.

After a day of exciting matches, who do you think will make it to the finals for this season of ESL Pro League? Comment your predictions and make sure to follow our Twitter, @GAMURScom, for more esports news.