After two days we finally have the eight teams that will battle out at the Lanxess arena for the 250.000$ prize pool. This is the preview for all of the quarterfinals matches, focusing mainly on the possible maps that will be played and who needs to be on point to give their team the edge.

One of the most interesting quarterfinals for sure, this is going to be an interesting matchup, as both Envy and Na’vi have a lot to prove at this major.

Going into the map veto, I expect Envy to ban out Overpass, because they removed it every time at this event and Na’vi is arguably the strongest team on this map at the moment. As for Na’vi, I feel like they will ban Cache, as they almost never play it.

Next, I expect Envy to pick Inferno, because of multiple reasons: first of all, yes, they are a “new” team and playing Inferno requires a certain amount of team synergy, but Inferno has been historically Envyus’s best map with the former roster, beating everyone confortably on it except Fnatic. In fact, the addition of Kenny and Apex might not have made them weaker on this map at all, as Inferno was a map that the former Titan lineup loved to play and even managed to get upsets against Fnatic.

On the other hand, Na’ vi is not a good Inferno team. Historically (post Cologne 2014) they used to avoid this map exactly because teams like Envy and Fnatic were so good on it. Admittedly, back then the map was very CT-sided because of the fact that Envy and FNC abused the CZ-75 back when it was OP, but now the map is starting to get more balanced, but it should not really matter right now, as Envy have more than enough fragging power to get the 7 or 8 T rounds needed.

Both teams have already played this map once, with Envy demolishing Flipsid3 16-3; while Na’vi got demolished themselves by Fnatic 16-2 on it. Overall, this map should go Envyus’s way, as they are much better historically on it, while Na’vi usually tries to avoid it.

Now, in my opinion Na’vi will pick Mirage, as it is one of their home maps, both historically (upsetting Fnatic a bunch of times on it) and right now. Unlike Inferno, the AWP has a much more important role on Mirage, as you usually want to use it to get the mid control as early as possible, which might bring some interesting awp battles between Guardian and Kenny, meaning that whoever is on form might potentially give a huge advantage to his team.

As for Envy, we haven’t actually seen them play this map on LAN, and I highly doubt that they put many hours of practice on this particular map, as they historically always avoided it because of teams like Na’vi or Fnatic. As I said, unless Kenny can go big against guardian or Apex is on form I can’t see Envy taking this one home, which will lead us into the third map.

Because of the format, the third map will be selected randomly between Cobblestone, Dust 2 and Train, which is interesting, as all of these maps are not heavily one-sided for either team.

On cobble, we’ve seen both Envy perform really well(beating TSM twice at Gamescom), but Na’vi have had their fair share of wins on this map against top teams too, including the former Envy at Faceit, however that ended in overtime. I don’t see any clear favorite on this map (maybe a slight edge to Envy since their good results are more recent than Na’vi’s), but It will ultimately come down to hitting your shots, executions and the ability of Zeus and Happy to read their opponents, which makes this match a 50/50.

If the map is Dust2, again, it should be a 50/50 matchup. Both of these teams are very good on Dust 2 because of their individual skill. Historically the map has been pretty even between these two teams, as both Na’vi and Envy had beaten each other on it. Just like on mirage, awp-ing will play a huge factor on this map, especially considering how good Guardian is at getting the entry frag on Dust2 mid doors. Just like on Cobble, the matchup will come down to who gets the shots first.

On train I actually give the advantage to Na’vi (by a little bit), as Envy looked a bit shaky on Train against Mouse at IEM. Historically Na’vi is known for being very solid on this map, both on the T and the CT side. Again, this is a very good map to play on if you are an awp-er, because of the large areas. I have to give the advantage by a bit because on maps like train team synergy and coordination is very important, and Na’vi have played with the same roster for a long time now, while Envy is still pretty new. However, just like Cobble and Dust2, I expect the score line to be very close, with both teams at least reaching double digits.

Well, who could have expected Kinguin to make the upset happen again and take the win against Cloud9 in the decider match of the group stage?

Still, the sad part about upsets happening in the group stage is the fact that the underdog might then get crushed going into the playoffs. I don’t necessarily think that TSM will crush Kinguin, but if TSM play it right they should definitely get the win here.

For the map veto’s, I expect TSM to ban out Cache, because we all know how good Kinguin are on it (16-0 vs VP), and Kinguin should ban Overpass, as they have removed it almost every time up until now at this event, and when they didn’t they lost against the Brazilians in a pretty convincing fashion.

As for the other maps, Kinguin has a good chance to get an upset on Train or Dust 2; because on train they have been pretty good up until now, and on Dust 2 we’ve already seen how good they can be when they are fired up. Still, both those maps are also good for TSM ,so these maps are definitely sure deals for Kinguin.

However, TSM will probably pick the likes of Inferno or maybe even mirage, not necessarily because they are gods on it, but rather because we have not seen Kinguin have good results on those maps, as they try to avoid them. Cobblestone might also be picked, as we haven’t seen that much from kinguin on it.

Overall, unless the map picks goes something like Dust 2/train (kinguin); Inferno/Cobble/Mirage(TSM) and with the decider being Dust2, I simply can’t see Kinguin taking this series, and even if these maps will be picked it will definitely be a tough matchup for Kinguin. 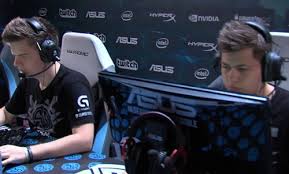 Another interesting matchup, this time between two teams that used to be on top in their prime, but have fallen off pretly badly as teams like Na’vi, Clud9 and Envy rose to the top. One major advantage that VP might have in this matchup is the fact that Nip(or Xzist, rather) is historically known for not being good at the pick/ban phase, giving strong maps over to the opponent.

I expect VP to ban out either Inferno or Cache(probably Inferno, considering how good they looked against RNG), as Nip is historically good on both maps .As for Nip, they will likely ban Overpass as usually, as it is a map that they don’t play at all, ever since it got released.

As for the picks, VP will probably pick Train; a very strong map for them, while Nip will probably pick Cache. On train, I simply can’t give Nip a chance, as the last time we’ve seen them on LAN on this map was months ago, and they were not impressive either. As for VP, their latest results include demolishing Cloud9, another very strong Train team. Unless VP fuck up really badly, this map should definitely go their way.

As for  Cache, this is definitely a 50/50 matchup. Both teams have not had the best results on this map, as VP had lost against Kinguin 16:0 at Faceit, while Nip have not really been active in Lan tournaments in a while now, so I don’t know what to expect from them. Mid control is going to be very important, but I feel like if Snax/Byaly and Pasha are on point VP should be able to also take this map from Nip.

However, if Nip do take it, the deciding map will be between Cobble, Dust 2 and Mirage. On Mirage VP should take this convincingly, as it is one of their best maps. As for Cobble and Dust 2, it is a 50/50 matchup (again). Both teams don’t usually play these maps, so once again it will come down to the individual plays.

Overall, VP should be able to take this one if they are on point, as they have the potential to take Nip’s pick, while Nip can’t.

The last quarterfinal matchup features the best team in the world going head to head with Luminosity, the last team representing North America.  Going into the picks and bans, Fnatic have a clear advantage, as they can play every single map very well. I expect Fnatic to maybe ban Overpass or Cobble, as Luminosity looked very strong against Kinguin and Flipsid3 on these maps.  As for Luminosity, they will probably ban out either Mirage or Train, as they don’t play them too much.

Assuming Fnatic ban Overpass and LG ban Mirage, Fnatic might want to pick something like Train or Cache, mostly because we have not really seen Luminosity play against top European teams on these maps and they are not that confortable on. As for luminosity, I’d say that they should go for the risk and pick either Cobble or Inferno, because they have been able to get upsets on Inferno in the past, while Cobble is also a map that they might get an upset on, but It will be hard.

As for the  deciding map, unless LG pick Inferno and the random map is Cobble, I can’t see Fnatic lose this one. In reality, Fnatic is just so much better than luminosity on so many maps that it is almost impossible to get upset here: they are definitely going to win on most maps except maybe Cobble, if Luminosity can catch them off guard. On Dust 2 LG should not stand a chance, as the map is much more skill based than the others, an area in which LG lack on. Unless Fallen or Fer can pull off an incredible performance, Fnatic should just be able to cruise past this quarterfinal without much of a contest.