ESL One Cologne is nearing towards the end, as the last four teams will clash tomorrow for a chance to win one of the most prestigious tournaments in CS:GO. 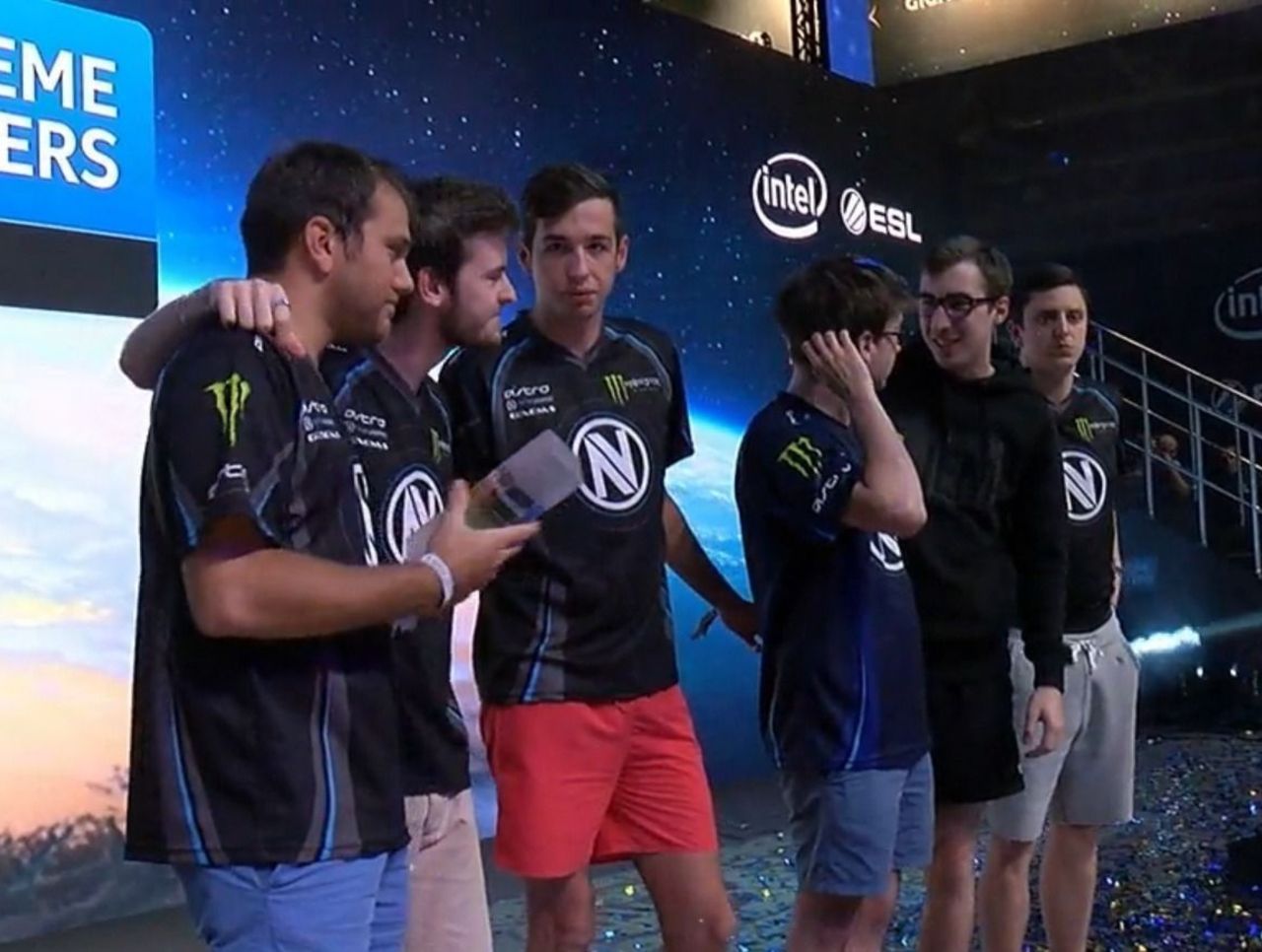 The first semifinal of ESL Cologne will be between Envy and TSM, a rematch of the IEM Gamescom finals, where Envy took the win pretty convincingly, three to zero. However, Envy had a huge advantage in that final because all of the maps played were voted by fans, and they definitely had the advantage, as they played Cache, Cobble and Inferno, all maps on which Envy are very strong. However, this time the map picks will play a much more important factor; especially the third map.

As for the bans, I think Envy will ban out Overpass, as they have consistently banned it up until now, and TSM is pretty good on it. As for TSM there are many possible bans: they could target Inferno, one of Envy’s best maps but a map on which they are also very good so I kind of doubt it, Cache is pretty much the same, so my guess is that TSM will ban out Cobble, as they have already banned it twice in the group stage and it is also the map on which they have struggled lately, against Envy at IEM too.

Pick wise, Envy will pick Inferno probably, a home map for them, they’ve already shown that they are confortable on it, beating both TSM at gamescom and Na’vi in the quarters (however both matches ended with a close scoreline) while I think that TSM might want to gamble and pick Mirage , as it is one of the few maps on which they are above average while Envy do not want to play this map (another one would be Train, but I feel like it would be better for them to pick Mirage, as I am not convinced on their Train play style). The problem is that we have not seen Envy play Mirage on LAN at all until now, so they might have prepared something on it but I don’t think that it will be enough to beat TSM.

As for the third map, it will be between Dust 2, Cache and Train. On Dust 2 I give the edge by a slight bit to Envy, as it is historically one of the best maps for the French scene and the former Envy lineup in general, especially since Dust 2 is very skill based, something that Envy have more than enough. Something to watch out is the way Envy use Kenny on the CT-side, whether he will hold short or the B side, or maybe they might even try the double awp with Happy (though I really hate Happy having the awp). A key factor for TSM if they want to get this map is Device and whether he can out aim Kenny, and also whether Karrigan can read Happy in this matchup.

If it goes to Cache, once again I have to give the edge to Envy. Again, historically it is a very strong map for them  with the previous lineup, and they have also played this map on LAN with this new team, crushing TSM at Gamescom 16-3. Still, TSM should mush have prepared that map since then, and they have also been in a slump at that tournament, so I wouldn’t take that scoreline too seriously, as I think that a 16-12 scoreline for Envy is more realistic.

Train is really up in the air for me, as neither TSM or Envy really want to play this map. As for Envy, they lost to Mousesports at Gamescom 16-13 on it, while TSM actually have a pretty good record on it, admittedly against teams like Renegades and CLG, so there Is not much to take from.

However, I will give TSM the edge on this map, as it is a new map that Envy are not confortable on, and this map relies heavily on team synergy and coordination, something that TSM definitely has the advantage, as these guys have already been together for a really long time.

All in all, I feel like the maps point out towards a possible Envy win, but, once again, you should not read too much into it, as we don’t have enough data on Envy to really know how good they are on each map. I suspect this game will most likely go to three maps, from there it depends on the random map.

Interesting enough, this time we will have the rematch of the previous semifinals at Katowice, where Fnatic beat VP pretty convincingly with a 2-0 scoreline. Still, while I do favor Fnatic to take this one home, VP have a good chance to maybe upset this time around.

For the map bans, I suspect VP to ban Dust 2, as they have shown that they are not comfortable enough on this particular map, while Fnatic has been pretty good on it. On the other side, I think Fnatic will ban out Train. They have shown weaknesses against Cloud9 on it already, losing in the semifinals at Dreamhack Valencia, while VP has always had good results on it, so getting it out of the way first is the logical thing to do.

As for picks, I find it really hard to point to a map and say: “yes, VP will almost surely take this one”, because of the fact that VP are not really the best on any map, while Fnatic is soo good on so many maps that it is really hard to find a map on which to upset them. Mirage? Not really, Fnatic love mirage. Overpass? Same thing, while VP is really good on it, I find it really hard for them to win this map, as Fnatic have already beaten them many times on LAN on this map. Honestly, I think that VP might even go for something like Cache, because while everyone knows the 16-0 loss to Kinguin, that was definitely a one-off and it seems like VP might have awoken from their slump.

If I am Fnatic, however, there are many maps I can go too: Inferno should be on top of the list, as they are the best team in the world on it by far even to this day, but maps like Mirage could also be picked. Still, I think they will play this one safely, and they will pick Inferno.

As for the last map, we have either Cobble, Mirage or Overpass.

As I said earlier, Fnatic should have a slight edge on all of these maps. Mirage might be a bit more towards a 50/50, but we’ve already seen Fnatic beat VP on this map so I wouldn’t have very high hopes. As for overpass, whenever these two teams met the scoreline was pretty close and I also really like the way VP approach their T-side with the Molotov usage onto the A-site, but somehow Fnatic always managed to take the win in the end.

Cobble could also be a potential upset for VP, but it will be very hard as Fnatic have already played this map many times and have beaten VP at the Katowice on it already.

If VP want to win this I really feel like all of their players must be on point. If Snax can do his thing, pushing through smokes and getting two frags for his team, while Neo can hold off JW’s aggressiveness and if Pasha can give them some nice entry frags, then it might be possible. However, many “if’s” have to happen and if Olofmeister brings his A-game to the table it might be game over for them anyway.

I feel like the matchup that might actually give VP the edge is the awp-ing matchup, as JW has been on a small slump lately, and if Neo can play just as well as he did at CEVO with the awp then VP might have an advantage.

For VP momentum has always been a big part of their game; if they can get the pistol and string a bunch of rounds together it is possible for them to enter into their plow mode, but again, against a team so experienced like Fnatic it will be very hard.

Overall, I can hardly see Fnatic lose this one actually. They have been so good ever since they formed, and one of their strengths has always been their ability to beat basically everyone consistently except TSM, and I don’t think that this semifinal will be an exception.