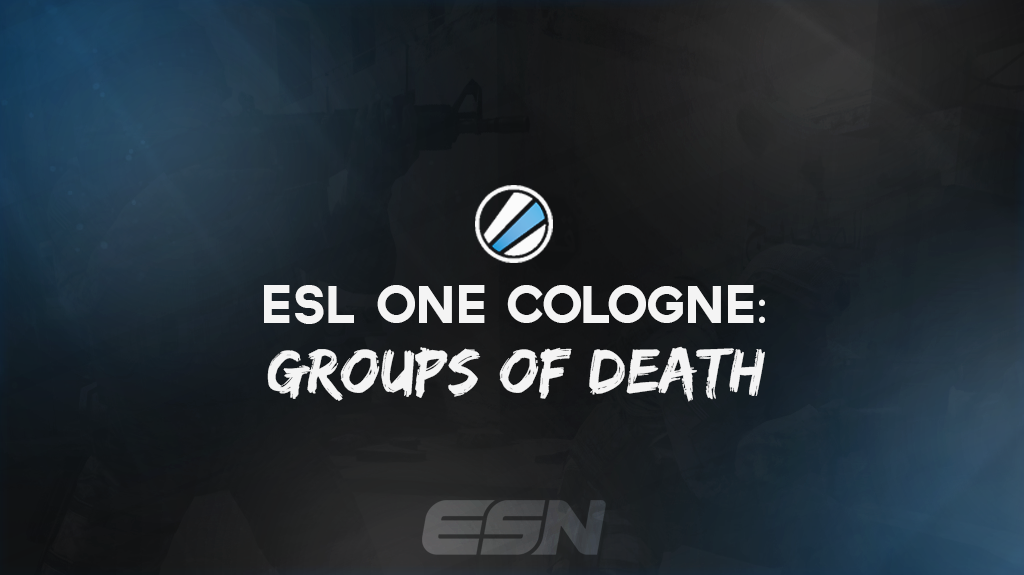 As we all know, the biggest event of the year, ESL One Cologne, is rapidly approaching with the 16 qualified teams travelling from around the world to Germany for a chance to take a piece of the $250,000 prize pool. In less than two weeks, we will find out which teams will make it through the group play stage, but discussion of the groups has only just begun.

The two most frightening teams that have emerged from ESL’s group announcement, Group A (Ninjas in Pyjamas, Team SoloMid, Renegades, Counter Logic Gaming) and Group C (Fnatic, Natus Vincere, Titan, Team eBettle). These two groups are arguably the most destructive of the four. Having the world number one and two in Group A, Fnatic and Natus Vincere, and the world number three and seven, Team SoloMid and Ninjas in Pyjamas, there is no telling what damage can be done to the other teams within these specified groups and the rest of the competition.*

This group features tough competition from both Denmark and Sweden, whilst also featuring challengers from Australia and North America. Without any doubt, we will see exciting array of matches from this group with the potential of an upset coming from either of the challenging teams.

Team SoloMid: TSM features a lot of individual, and team based talent with a roster comprised of device, karrigan, dupreeh, Xyp9x, and cajunb. This top five team will be looking to turn up the heat at ESL One Cologne and prove to the CS:GO community that they deserve this rank.

Earlier this month at the Intel Extreme Masters at Gamescom, the Team SoloMid lineup came up against CLG and Renegades twice and won each time without many difficulties. While this was in a completely different event and setting, given time to rest, TSM are more than likely to repeat this type of performance.

Ninjas in Pyjamas: In the last three months, the team of GeT_RiGhT, f0rest, friberg, allu, and Xizt, all veterans of the CS:GO community, have only won one best-of-three over a top 10 team, Team Dignitas. Although NiP will most likely still advance past the group stages, it is unlikely that they will get past that stage as cleanly as many hope.

Renegades: Havoc, jks, azr, SPUNJ, and yam are all very talented players that have recently come out of the woodwork. This lineup recently placed 3rd at IEM at Gamescom. Whilst this team is new to the scene, they have a lot of potential and play with a lot of heart. The team will most definitely struggle against TSM, but anything could happen as they face off against NiP. Is that the upset that we’ll be looking for? Time will tell.

Counter Logic Gaming: hazed, jdm64, tarik, Cutler, and FNS have shown a lot of promise against top ranked teams in the past, but over recent times, they have struggled to achieve the same level of success as Cloud9. Over numerous occasions against the likes of Envy and TSM they have proved that they can put up a fight. It will be interesting to see what this team throws at the opposition.

The Swedes and the Ukrainians, Fnatic and Natus Vincere, the two powerhouses of Europe. Featuring the current world’s best player and world’s best AWPer, these two teams are, without a doubt, a blast to watch. Some teams have done the unthinkable and taken these teams, but without hesitation, they’ll most likely defeat the French and Polish teams within their group.

Fnatic: While KRiMZ, JW, Olofmeister, Flusha, and pronax have had some ups and downs in the sense of team chemistry, they are still producing top one and two finishes at almost every tournament they attend. Featuring Olofmeister, arguably the best player in Counter-Strike, Fnatic are always an exciting team to observe.

The matchup between Fnatic and Natus Vincere is always an ‘edge of your seat’ series, but against Titan and eBettle they will most certainly be the victors.

Natus Vincere: Featuring the best AWP player in the world -currently- this lineup of GuardiaN, Edward, Seized, flamie, and Zeus never cease to amaze. Whilst they have had some struggles recently against teams such as TSM and Cloud9, they are expected to blast their way through the groups alongside the world number 1, Fnatic.

Titan: The new Titan roster of Ex6TenZ, RpK, Manic, SmithZz, and shox have yet to play at an offline event against top teams since their recent transfer with EnVyUs. There were some struggles against Team eBettle in a best-of-one during the EU Qualifiers however it was a very close triple over-time. One can only begin to wonder how this team will perform together after nV’s strong showing at IEM. It’s hard to gauge what the outcome of their matches will be, but with the individual talent that this team holds, they’re bound to have something up their sleeve.

Team eBettle: This Polish lineup of rallen, Hyper, peet, GruBy, and Furlan hasn’t had a lot of experience against the veterans of CS:GO, but that is not saying they won’t go on to cause an upset of their own. Who knows? Maybe this rookie team will prove to us that they have what it takes to be up on top of the leaderboards.

*Rankings are based on Duncan “Thorin” Shields ‘CS:GO Top 10 Rankings’