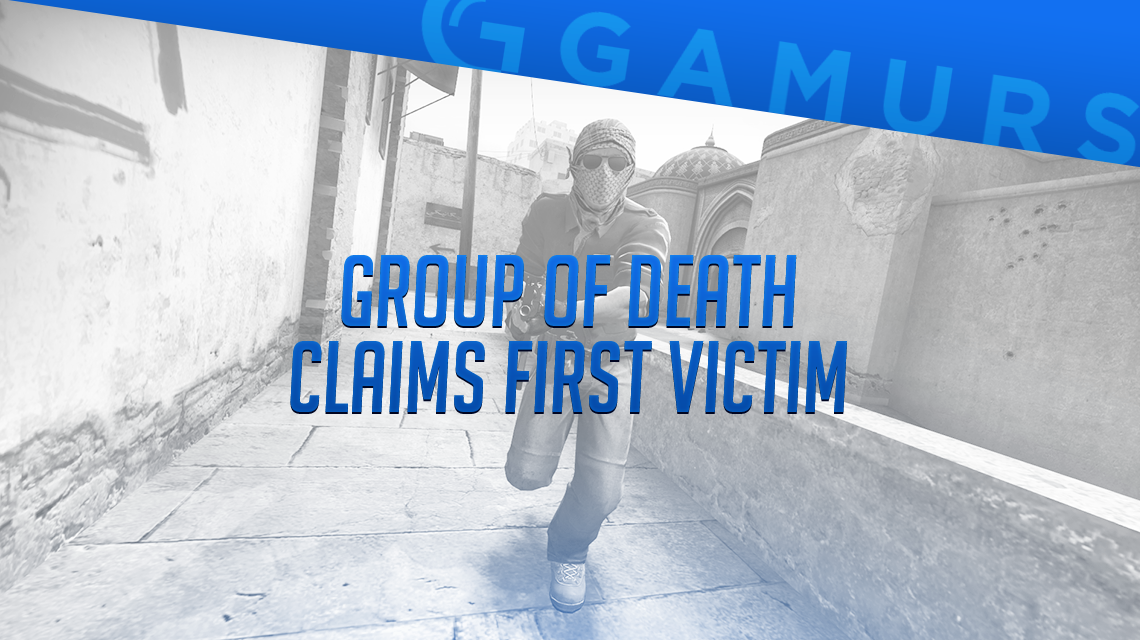 With the conclusion of day two at ESL One Cologne, we say goodbye to four of the teams.  Going into the event, most would agree that the groups were a bit uneven in terms of the talent, making a few of the groups very hard to predict, but for now, we are just going to look at the teams who have been eliminated.

After the recent departure of Joshua “JDM” Marzano, Counter Logic Gaming was hoping Kenneth “Koosta” Suen would be able to step in and make ESL One Cologne a good event for CLG. Those hopes were not enough as CLG lost a very close match 16-13 on Dust 2 vs. Gambit on day one, dropping them down to the elimination match today against Dignitas. The match vs. Dignitas was played on Cobblestone, where CLG just looked outclassed, dropping the map 16-1.

Group B
Another up-and-coming North American team looking to prove they can compete with the best in the world was OpTic Gaming. On day one, the team would face off against Ninjas in Pyjamas, who they have struggled against during ELEAGUE. Today would be no different as NiP controlled the map and won Dust 2 16-4. OpTic would then have to face FlipSid3, who they beat in the ESL One Cologne main qualifier. The map was the same: Train. OpTic had the lead after their Terrorist side, however, that in combination with a great showing from Oscar “Mixwell” Canellas going 32-19 with a 97 ADR (Average Damage per Round) would not be enough as FlipSid3 took the map 16-13.

After winning their group at ELEAGUE in dominant fashion, people started wondering if Team EnVyUs was on their way back to the top. On day one, they would face off against the North American power of Team Liquid. With Nathan “NBK” Schmitt and Timothee “Devil” Demolon struggling on Train, Team EnVyUs were unable to put up much of a challenge and would drop the map 16-7. Facing elimination, they would play Train again vs. Mousesports. It started off in a good way for Team EnVyUs, taking seven rounds on the Terrorist side, but it would not be enough and they lost 16-12.

Coming into the major, this is the group that many referred to be “The Group of Death” as most would say this group has the top three teams in the world (Fnatic, G2 Esports and SK Gaming). G2 seemed to get the short straw in terms of who they would have to play and it cost them their tournament lives. On the opening day, G2 played SK Gaming on Cobblestone, which started as a close map, however, with Marcelo “Coldzera” David from SK Gaming going 26-12, G2 just could not match the firepower and dropped the map 16-11. This is where the group took a turn that not many expected; they would now have to face Fnatic in the first elimination match of the group after FaZe Clan was able to beat them the previous day. This meant that one of the top three teams in the world would finish last in the group. As for the map between G2 and Fnatic, it was a close match as would be expected, with Fnatic taking out G2 16-13.

Regardless of how you saw the groups playing out, it only shines a fault in the way majors at this point are seeded. The question becomes how is that done? Let us know by commenting below or on Twitter.