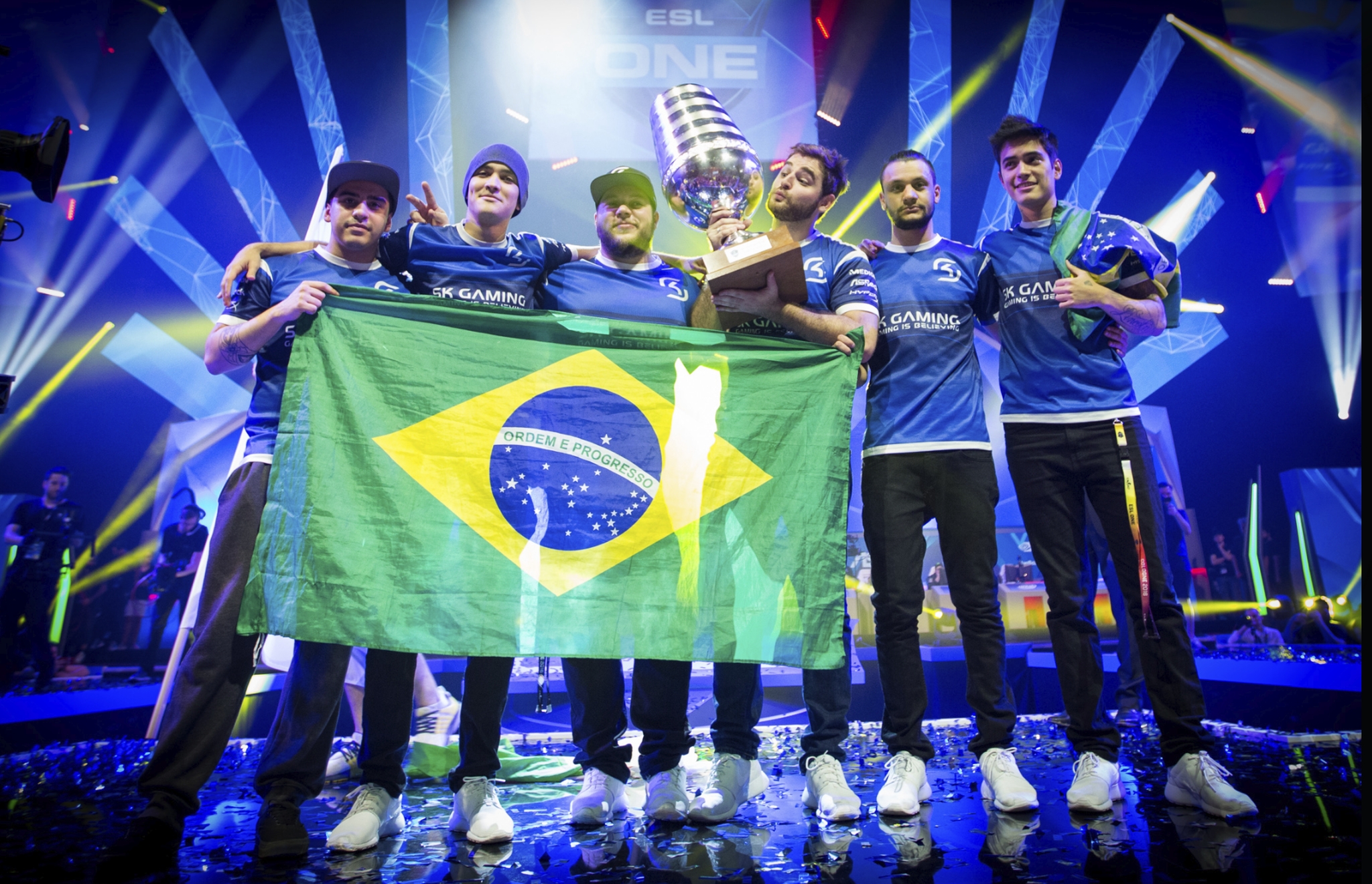 ESL One Cologne saw the Brazilians in SK Gaming claim their second major trophy after toppling North American Team Liquid in the grand final. It was a tournament filled with cinderella stories, superb stand-ins, and one particularly gracious flying Ukrainian. With more than a week gone, it’s time to look back at who the superstars of ESL One Cologne really were.

Astralis couldn’t have asked for more from their stand-in for ESL One Cologne. Gla1ve stepped in for the side when their newest addition, Markus “Kjaerbye” Kjaerbye, couldn’t attend. Gla1ve has been an outsider in the Danish scene recently, but has earned respect in the past for being a capable in-game leader with high fragging ability.

Before the tournament began, the team made it clear that they were merely aiming to retain their “Legend” status by getting out of the group stage. Despite having low expectations they almost failed to achieve that goal, though it was thanks in part to the capable performances of Gla1ve. Though he was never the highest fragging member of the team, he certainly held his own and proved that he has the ability to perform at the highest level.

After defeating Dignitas to retain legend status, Gla1ve once again proved that he can hang with the big boys in their series against Virtus Pro, dropping 26 and 29 kills in their 0-2 defeat to the Polish side. Over seven maps, Gla1ve finished with 1.05 K/D ratio and an ADR or 82—very respectable for a stand-in at the biggest stage of the game.

Putting young whippersnappers in their place is one of Virtus Pro’s favorite pastimes. It’s been a while since Taz and co. showed up a tournament and looked like real contenders for the title. But at ESL One Cologne, there were moments in their series against SK Gaming that made me think “Holy shit, Virtus Pro could actually win this thing.” It was a team effort. But Taz makes my list for proving his critics wrong and showing that he still has what it takes after all these years at the top of the scene.

Taz came to life in game one of the series against SK: 31 kills on cobblestone was enough for VP to take the first map and have everyone scrambling in confusion. The fairytale ended there, and SK closed the series out two games to one. But VP was the only team to take a map off the champions, and that’s a respectable feat.

Taz was a consistent force throughout their run. Wins over Mousesports and eventual finalists Team Liquid in the group stage included performances with more than 20 kills—and, of course, their victory over Astralis in the quarters (only slightly diminished by the fact that Astralis were using two substitutes). Nevertheless, Taz and his Polish brothers are back, but for how long? That we can’t be sure of. All I know is there’s no better sight in CS:GO than the plow in top gear.

There was a debate, pre-Cologne, as to who was the best player in the world. The tournament is over—and the debate is over.

Coldzera is undoubtedly the hottest player in CS:GO right now.

In a tournament where other superstars failed to shine, Coldzera showed all of them how it’s done. Cologne marks his second MVP at a major tournament, with the last one coming at MLG Columbus earlier in the year. Yes, SK Gaming has an outstanding lineup with multi-talented players, but there is no arguing anymore that Coldzera is a crucial part of their success. The guy can essentially do anything, whether as a rifler, or a secondary AWPer behind Gabriel “Fallen” Toledo.

It’s difficult to see how Coldzera can get any better than this. We’re seeing a player on a level with Olof “Olofmeister” Kajbjer when the Fnatic player was in the form of his life (prior to the recent wrist injury). Coldzera and his team haven’t been at the top long enough to throw his name into the “best player in CS:GO history” discussion just yet, but one more major tournament even close to this and you’d be foolish to not have him in that discussion.

For the second time this year, S1mple has come to the aid of Team Liquid and essentially carried them to an outstanding placing at a major. Admittedly, this time around his teammates were much improved. But it was still the Ukrainian player who did most of the heavy lifting that led to a grand final for the North American side.

This leaves Team Liquid in a tight spot. They already admitted that S1mple would only be used for this one tournament. But if they don’t keep him now, they’d be letting one of the best players in the world go. The only person at the tournament who kept S1mple quiet was Coldzera, who is simply unplayable in his current form. Olofmeister was no match, Ladislav “Guardian” Kovacs was no match. None of the other top-tier players in the world were a match for S1mple.

S1mple has already admitted that he’s received at least five offers in the days after the tournament, and it’s actually surprising that he hasn’t had more. His often mentioned “attitude problems” are becoming more and more irrelevant with every great performance.

Flipsid3’s majority Ukrainian roster secured legendary status at Cologne with the help of Russian AWPer WorldEdit. He’s been one of their more promising players for some time, but always failed to deliver on the big stage. While this tournament had its ups and downs, WorldEdit finally showed he’s capable of matching tier-one opponents—at times.

A big performance against Ninjas in Pyjamas in the group stage final helped secure his side a spot in the playoffs. His 65 kills in three maps, including a 26-8 performance on Cache, were essential in getting his team through the gauntlet. Unfortunately for WorldEdit, he didn’t stay consistent against SK Gaming, finding himself overwhelmed on map one. But he finished strongly on the second map, Nuke, where he and his side fell in overtime to the reigning champions.

WorldEdit makes the list for finally proving he’s capable of outstanding performances against top-tier sides. Since the tournament, his team crashed out of ELEAGUE at the hands of Renegades in a bitterly disappointing performance. Hopefully for him, that was just a fluke, because it finally looks like WorldEdit could be ready to face the best in the world—if only he can remain consistent.

At ESL One Cologne, Fnatic’s unsung hero stepped out of the support role and reminded the world just how talented he is. It’s not often you see Krimz topping the scoreboards these days, with the likes of Olofmeister and Jesper “JW” Wecksell often contributing most of the firepower. But with those two out of form, Krimz stepped up.

In a grueling group stage featuring matches against Faze and G2 Esports, Krimz put in solid performances time after time, ensuring their legend status by progressing out of the group stage. His numbers weren’t huge in the quarterfinals because they didn’t need to be. Fnatic dominated Gambit Gaming, with Krimz going +22 over the course of the series. The run ended against the cinderella story that was Team liquid in the semi-finals. Despite the loss, Krimz was actually one of the only members of Fnatic to post a positive scoreline.

Fnatic are in a strange spot at the moment. They have no doubt lost their status as “best in the world” and will be looking to try and regain the form they had in 2015 and the early stages of 2016. Since the injury to Olofmeister, they seem to be missing some firepower. But if Krimz can keep up these performances, and the rest of their vastly experienced lineup can once again step up, there’s no doubt that Fnatic will once again be challenging for titles.