This is the third part of the ESL One Cologne preview, featuring an analysis of group C. Group C is, in my opinion, one of the most exciting groups, especially because it has arguably the top2 teams in the world, Fnatic and Na’vi.

Going into the major, Fnatic are undoubtedly the favorites to take the title home. Ranked the 1st team in the world by most, they have been on a long streak of dominance ever since they formed their lineup, around the previous cologne (2014) era.

What is interesting about this lineup is the fact that they manage to win a lot of events and keep the top spot on lock as time goes on. For example, back in the Cologne-Dreamhack winter era, when most would say that Fnatic were in their prime, they relied on incredible CT halfs on maps like Inferno or Mirage, and their best player was Krimz, a god at holding down one angle in the smaller bombsite. However, as the meta changed and the T-s getting more rounds on their side in this era became more usual, they have managed to also change their play style accordingly by improving their T-side with good strats and mid-game shotcalling from Pronax, but I feel like the fact that Olofmeister was able to step up and become the ultimate god during this era, while Krimz had fallen off, managed to make them be able to still win events almost every time.

Individually, they are one of the best teams skill-wise, as they have Olofmeister (the best player in the world), Krimz (who had fallen off a bit but is still very good) and Flusha, who is a very reliable clutch player for the team. This trio basically creates a “safety net”, in which JW can start doing his magic, pushing aggressively in random spots on the map and getting a frag when the opponents are not expecting, because even if he dies Fnatic are so good individually that they can hold off, even in a 4v5 situation. As for Pronax, he is definitely not on the level of the other guys from Fnatic raw skill-wise, but he is an experienced in-game leader with a lot of knowledge, and he is very good at reading the opponents calls mid-game and adjusting accordingly.

In my opinion, the fact that they have the largest map pool out of all the top teams was the key factor that managed to win them so many events. Mirage, Inferno, Cache are the typical maps that Fnatic shined on since the beginning and they are considered top3 at least on all of those maps is great, but the fact that they added maps like Overpass, Train and (to a lesser degree) Dust 2 to their confortable maps means that they can beat anyone in the pick and ban phase, as they can just ban out a map that maybe both Fnatic and their opponent are comfortable on, but they can then pick a map like Train, on which they are not as good as they are on Inferno for example, but they know they are better than the other guy, and this gives them a tremendous advantage.

In recent history, they have struggled against TSM, as they lost twice to them in the grand finals, but have been able to beat everyone else pretty convincingly, for example at Gfinity they cruised past VP 3:0, at Dreamhack Summer 2015 they beat Na’Vi in the finals 2-0, and at ESL ESEA(where they also managed to knock out TSM in the decider match of the group stage) they beat Cloud9 2:1.

Because of all of these facts they are definitely the favorites to get out of the group stage in the first place, and probably to even win the major. 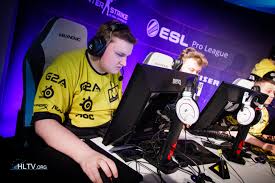 Na’vi is a team that has risen from the ashes, as other previous top5 teams like Envyus, VP and Nip had fallen, Na’vi took their place. After adding the young CIS talent Flamie to the mix, Na’vi finally got that little boost in firepower alongside Guardian to be able to beat the other top teams and win events. However, because of how young to the Esports scene flamie is, his level has dropped off from a star player to a very good play who needs indications from his other teammates to know when to peek and when to do something.

Historically, they have been on an upwards trajectory since the addition of Flamie, winning their first event at ESL Pro League 1 against Titan, but managed to string this results with a bunch of 1st places at Starladder IX against Nip, Starladder X against Envyus and most recently ESWC against Cloud9. Admittedly, they lost pretty badly to Virtus.pro in the finals, but they have been able to reach the top4 in most of the LAN events they have taken part in, which is something very few teams can say.

Their star player, as always, is Guardian. This guy, if he is on fire, can dominate the map, getting picks with the awp at a super fast speed and with a very great accuracy. He’s always been the best player and the guy to look out for whenever you play Na’Vi, as he is able to shut you down if you aren’t able to contain him. They also have Edward, a veteran player in the Counter-strike scene, but in CS:GO he has had his moments, but he was never really the guy to carry Na’Vi to victory over a full series. Still, he is very strong and not a guy to ignore. Seized is also a very strong rifler, able to shut down sites with his teammates, but both him and Edward started transitioning from carry roles in the early days to more supportive roles, as they now rely on Flamie and Guardian to do their job.

Their IGL is Zeus, and his iconic typical Na’Vi play style is known by most: the slow, check all the angles and wait for a pick then execute onto the site is known by all. I won’t go into detail into his style as I’ve already recently written an in-depth analysis into Na’vi (link at the bottom), but what I really like from him on the T and CT side is how they use the smokes to completely shut down the sides from the T’s, or, when on the T-side, the way they isolate the sites with smokes as they go for a plant, then back off and don’t let the CT-s defuse (which can be seen best on Overpass).

As for the map pool, just like Fnatic, a really big factor to their raise was the fact that they added maps like Overpass, Train and Cobblestone (to a lesser degree) to their map pool, alongside the classic Na’Vi maps (Mirage and Dust 2). Still, I think that against Fnatic their map pool is not good enough, as they are really shaky on Cache and not that great on Inferno(compared to Fnatic). I’d say that Mirage, Cobble,Dust2 and Train are 50/50, Overpass 60-40 for Na’vi and Inferno and Cache are maps that Fnatic should be able to punish Na’vi on and get a win. However, since ther group stage is in a BO1 format, there is a very good chance that they will play on a map like Cobble or Dust2, which gives them a good chance, but I still think that they don’t have the skill overall that Fnatic has to actually get a win. After the new French shuffle, titan swapped players with Envy, gaining Shox and Smithzz but letting go of Kenny and Apex. To be honest, I can’t see how this team can be better, or even as good as the old Titan. After all, back when Kenny was in godmode on Titan they still did not manage to beat the top teams, and Shox is a guy that can, but is very unlikely to ever go into the 2013-2014 god-mode Shox. Plus, now Titan are in an even worse position fragging wise: in the old titan lineup, you had Kenny who was going to carry no matter what and Apex, a guy who is very inconsistent, but, once every bunch of evets, he will go off and carry his team. In this lineup, basically the second best player in the team and the guy who has to carry is Smithzz, a guy who was always considered the weak link in both Envy, and even the old Titan lineup of 2013-early 2014.

This issues became clear at the ESL qualifiers, as they lost to Ebettle on train after a double-overtime. Admittedly, it was probably a one-off performance from Ebettle, but still,  if you want to become a top6 team in the world and have a chance to win an event, you should be able to cruise past teams like Ebettle or Hellraisers.

The only thing that Titan have going for them is the fact that historically Existence(their IGL) is for some reason very good at reading pronax and countering what he is doing, but I don’t think it will give them enough of an edge to actually close the gap in skill disparity between the two teams.

Regarding their map pool, I don’t think that it has changed that much from the old Titan, and they should still be very good on maps like Cache or Inferno, but they really lack in almost all of the other maps, especially the likes of Overpass, as they are also a new team and we can’t know whether they have the time needed to really invest into all of the maps.

Against Na’vi I don’t think that they have a chance, as, once again, Na’vi has a much bigger map pool, they are better individually and, most importantly, Smithzz is not an AWP-er that can shut down Guardian, so I don’t see how an upset from Titan can happen in this situation; the only way I can think of is if Na’vi somehow let Cache open, which I highly doubt will happen.

Not much to say about Ebettle, honestly. They’ve  won the EU Qualifiers for ESL One Cologne, after narrowly beating Hellraisers (16-14) and Titan in double OT on train, and they also managed to win assembly summer, even though it did not have any top15 teams there. To be honest, I think that they will be one of the first teams to go out, as they don’t have the fragging power, the map pool or the strategy necessary to overcome any of these teams, even in a BO1 format. Maybe against Titan they might have a chance, as they’ve been able to beat them once before, but it is a long shot, as they don’t have a guy like Shox, who can just step up and kill everyone on the server., and i don’t think they will have much of a chance when the groups get redrawn, either.

Thanks for reading, the last part of the group stage preview will come tomorrow.