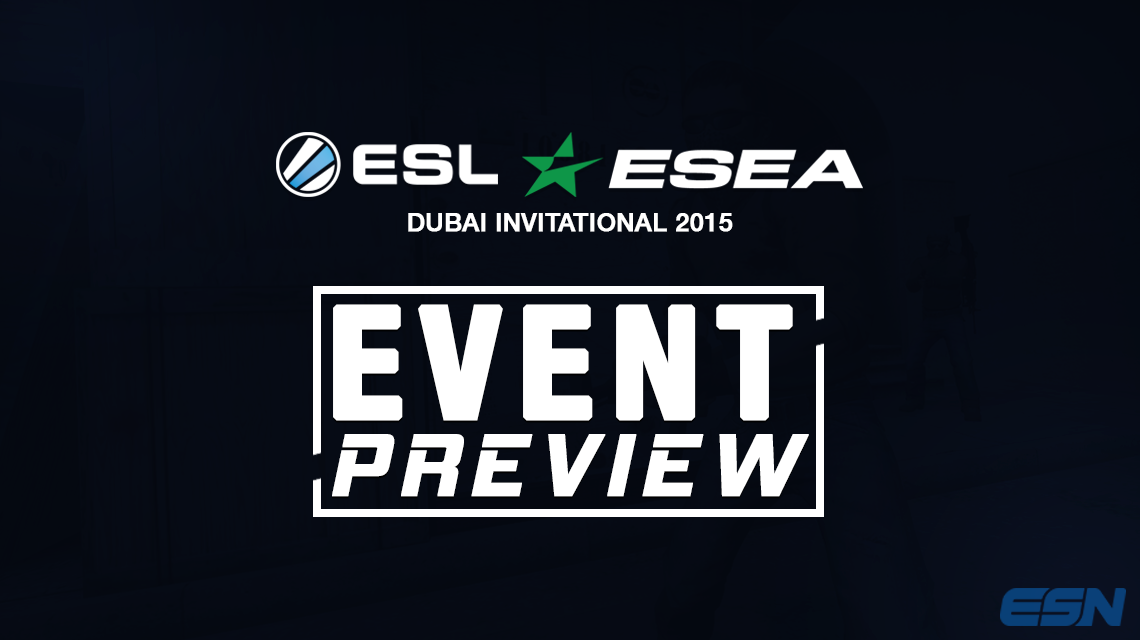 The ESL ESEA Pro League Dubai Invitational for Counter-Strike®: Global Offensive is quickly approaching, beginning on Sept. 10-12, 2015. This event will feature the world’s top-eight teams, who will be competing in group play and later in a single-elimination bracket for a fair share of a $250,000 prize pool along with the championship title.

ESL ESEA Dubai is an invite only tournament. The pool of candidates were selected from the top-eight teams from the ESL World Ranking system. When first unveiled, the initial feedback from the tournament’s format was not the greatest. A lot of controversy had surrounded the system, especially when Team SoloMid (ranked at sixth) wasn’t originally invited. However, the event’s format was reformed and TSM and Titan were invited as a result.

All eight teams were drawn into two groups, represented as “Group A” and “Group B.” Group play will be played out in a best-of-one format within a double-elimination bracket. In order to move onto the playoff stage, teams must win two out of three group play series. These two groups will play out in a double-elimination format. The top-two teams from each group will then move onto a single-elimination playoff bracket. Bracket play will commence with two, best-of-three semifinals and conclude with a best-of-five grand final.

The tournament showcases a staggering $250,000 prize pool, which matches that of previous majors and some of the biggest events before it. All teams will receive a slice of the prize pool no matter how they place, and the winner will take home $100,000 alone.

The prize pool will be distributed as follows:

The Dubai Invitational will be the Electronic Sports League’s third trip to Dubai. In the past, the event has created a large impact on the organization, with the introduction of Joe Miller , one of the most prolific ESL broadcasters, as well as stage manager Alex. The ESL broadcast team will be once again taking you through all of the action. The team includes: Lauren “ Pansy ” Scott, Leigh “ Deman ” Smith, Scott and Joe Miller.

With every single match being broadcasted live on ESL’s Counter-Strike Twitch channel , the three-day event is sure to include a lot of great matches in its tightly packed schedule. Below you can see the schedule for all of the games. Keep in mind that the times are in GMT +4.

Who do you predict to take home the title as season champions? Let us know. Follow @ESNCS to stay up-to-date with the latest Counter-Strike news.