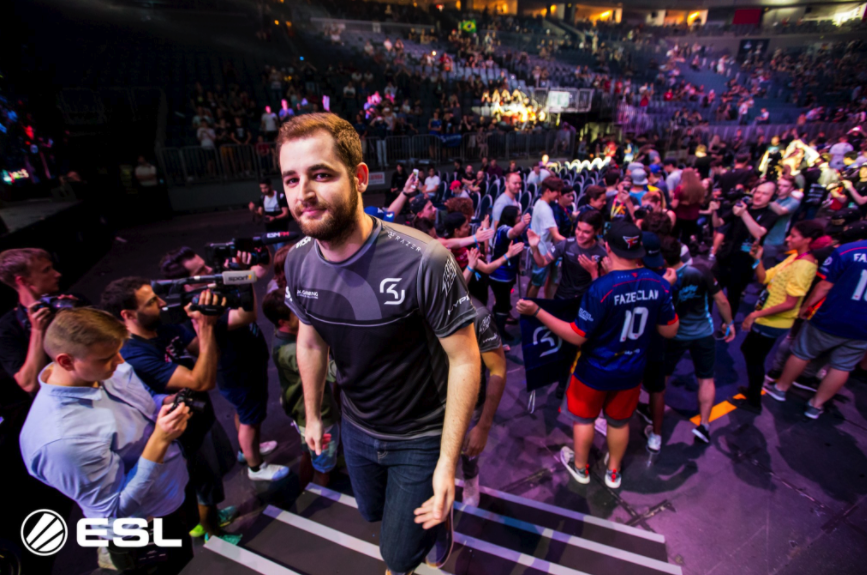 SK Gaming have reached their second straight ESL Cologne grand final in two years, with hopes of lifting their fifth trophy in 2017. Their 2-0 sweep of FaZe Clan put them on top of today’s second semifinal.

SK Gaming had an absolutely dominant Overpass, keeping FaZe to only two rounds in both halves. An easy 13-2 Counter-Terrorist half put them in front for the majority of the game as FaZe failed to answer back. Overpass ended with a scoreline of 16-4. Marcelo “coldzera” David top fragged for the Brazilian side at 22 kills, with a nice 112.0 average damage per round.

FaZe finally put up more of a fight on Cache, trailing 9-6 at the half against a typically strong SK Terrorist side. The Brazilians faltered slightly on their Counter-Terrorist side, and FaZe rightfully forced an overtime. By the time regulation was over, Gabriel “FalleN” Toledo and crew had FaZe figured out, making light work of them with a 4-1 overtime and a 19-16 scoreline to end FaZe’s run in Cologne.

Thanks to their victory over FaZe, SK Gaming will face off against Cloud9 in a rematch of the ESL Pro League Season Four Finals, which Cloud9 won in October of last year. SK will have a lot on the line as they seek their third straight championship and their fifth overall title of 2017.