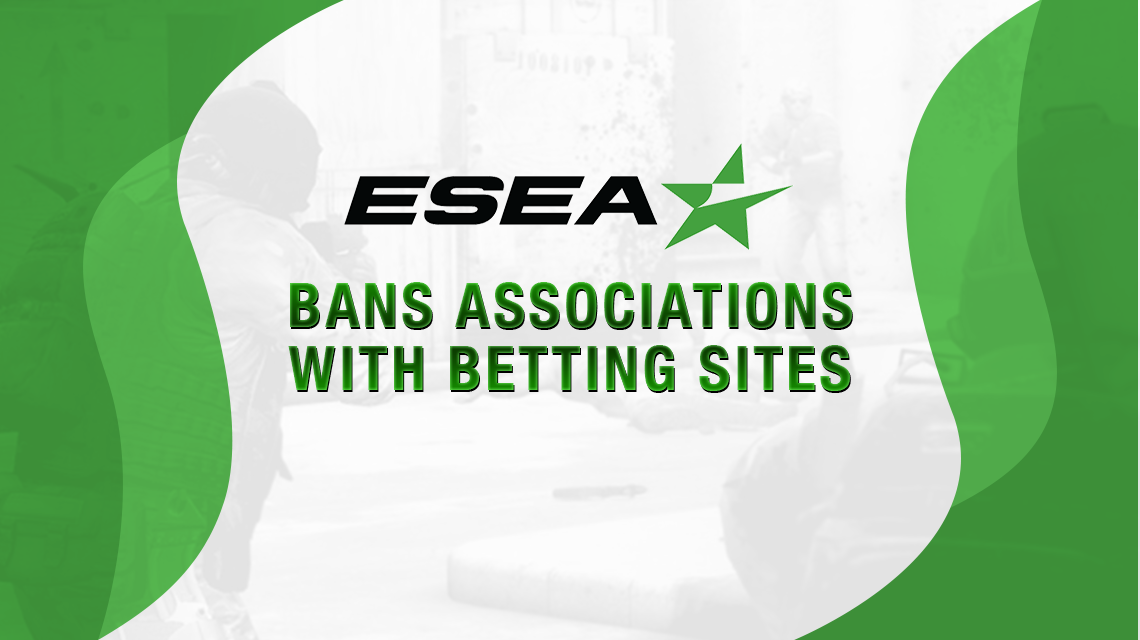 One of the great things about Counter-Strike®: Global Offensive is the sub communities created, creating new experiences and catering to a larger demographic than the original intended by Valve Corporation . Unfortunately, some of the communities struggle to coexist, which in result causes a negative interplay which can penetrate the competitive integrity of the game. Both Valve and the E-Sports Entertainment Association have concluded that the betting websites are not welcome to be associated and promoted in a tournament setting.

ESEA yesterday, on Sept. 22, announced that it is enforcing new rules for the coming season of all ESEA leagues. The organisation has outlawed all associations with gambling websites for competing teams. This is a huge ruling considering the large amount of teams that are sponsored by gambling websites. Below you can find part of the full press release given from ESEA regarding the introduction of the rule:

We have reached out to all teams who were directly sponsored by these websites and informed them that they needed to change their name. Moving forward, those who chose to accept sponsorships from gambling websites will not be able to actively promote them via the team name or tag. Failing to comply by these rules will result in the team being banned from the ESEA network until they are willing to comply.

The decision does not come as a surprise considering the previous compromisations of the integrity of the game due to betting websites. However, should all sites be considered a potential threat to the game? There are many types of websites that offer the gambling of skins. Some which involve the outcome of professional match-ups and others are based on a raffle like system which relies nothing on outside factors, and solely on skins placed inside the raffle. Is it fair to hurt the growth of these sites too?

There is no doubt that the community of betting and gambling in game skins has boomed over the six months with new companies innovating the way in which players can gamble skins. With the public ‘IBuyPower’ skin scandal in January, where the team purposely lost a match in order to monetarily gain via skins, the community has seen its fair share of criticism.

ESEA have stated that the current policy will be focusing on the name of the players in game and the name tags on the weapons, and specifically targeting partnerships with the organisations, not personal sponsorships. Since this is a new policy, revisions are sure to be made in order to find the right balance in the ruling.