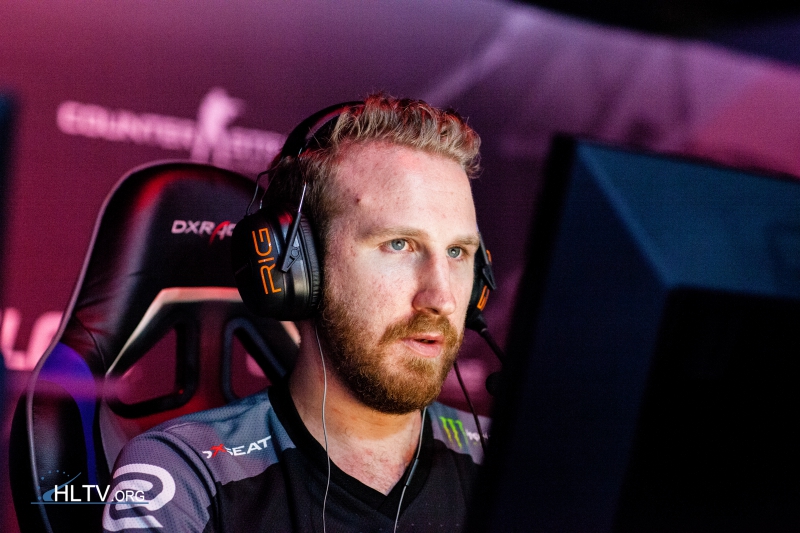 Since the beginning of Counter-Strike history, there has always existed a set of players who have proven themselves to be above the common player, and they are known to the general public as professionals. Within that subset of players known as professionals, exists another subset of players known to some as gods. Gods are players whose level of play is higher than their competition; their consistency is unnegotiable, and when situations call for a higher level of performance, they are the ones who deliver it.

Counter-Strike: Global Offensive is on the path towards an unprecedented era, one where the quantity of the gods of the game will be reaching levels that have not been previously touched in CS:GO history. With the return of two old gods, who some had written off as dead, and the steadfast presence of the gods from the beginning of the year, this era could go down as the greatest period in CS:GO history to date.

When this year began, Counter-Strike was in a position where only three gods of the game existed. Olof “Olofmeister” Kajbjer Gustafsson, Nicolai “Dev1ce” Reedtz, and Ladislav “GuardiaN” Kovács had been mainstays at the top of the Counter-Strike scene for a large portion of 2015. A problem arose in 2016, however, as Astralis’s team struggles ended up impacting Device’s individual play and subsequently we found ourselves in an era of simply two gods.

However, Device’s drop off did not come packaged by itself, rather it came bundled with the caveat that his drop off happened to coincide with the rise of Marcelo “Coldzera” David and Nikola “NiKo” Kovač to god tier status. In 2015, Coldzera and Niko had established themselves as great players, who in the future should be looked at to elevate their game in order to reach god status. Well in 2016, those two did exactly that; Coldzera proceeded to become the Most Valuable Player of the team that went on to win the Major, and Niko has established himself as quite possibly the hardest single man carry in the world today.

For a brief period of time, it seemed that the scene was headed towards a point of stability, one where we would witness these god tier players battle it out consistently over a lengthy period of time. Sadly, the winds were changing, and injuries were arriving. Guardian and Olofmeister rapidly succumbed to injuries one after another, and the future seemed dark. The only hope for god tier play came out of Coldzera and Niko it seemed, and sadly, Niko’s team prevented him from unleashing his full force on playoff brackets. Despite how quickly the skies clouded up and hope was thrown away, those times simply turned out to be an ephemeral depression period, one that swung around just as quickly as it was formed.

Return of the Old Gods

With the fall of Guardian and Olofmeister came the rise of the old gods who refused to be forgotten. Device and Richard “Shox” Papillon had returned from their deaths, which had turned out to be grossly exaggerated. Device refused to let his team’s struggles hamper his individual play any further; while Astralis’s results went further downhill, Device’s play simply got better and better. The case of Shox can only be described as a miracle performed by none other Shoxiejesus himself, seemingly out of nowhere reclaiming the prime that many had judged to be gone with the wind.

Device and Shoxie were not the only old gods to rise from the ashes, for just this week, Olofmeister has sprung from the womb anew. Facing off against Team SoloMid, FaZe Clan and Dignitas, Olofmeister appeared to have not missed a single beat, dominating the competition in a manner that we had come to expect from him before his hiatus due to injury. The reclamation of these old gods, coupled with Olofmeister’s return to form this week, has alleviated the pain that came with the death of Guardian and accentuated the strength of a scene that was dearly hurting due to a lack of god tier players.

Formulation of an Era

So it begins, a whole new scenario, an unprecedented era where the amount of god tier players battling it out is at a level that has never been reached in CS:GO before. The amount of god tier players within the scene has risen to a level that would have seemed inconceivable even just a year ago. A great complement to the aesthetic of this era is the fact that despite there only being five superstars in the game today, there are numerous players who are on borderline star status and could conceivably take the next step to join the superstar coalition at any point over the next six months. Over these next couple months, it should not be inconceivable to see players like Jake “Stewie2k” Yip, Tomáš “Oskar” Šťastný and João “Felps” Vasconcellos take the next step to claiming a position as a superstar on the world stage, nor is it inconceivable to see Guardian reclaim his status as a superstar. Slowly but steadily, over the last six months, the stage has been set for the battle of the superstars. Every road that members have of the Counter-Strike scene have traversed in life, whether intentionally or unintentionally, has set up the scene we are waiting for in anticipation right now.

As spectators, it is now our role simply to sit back and appreciate, marvel in the unprecedented levels of competition that are in store for us. In these next six months of Counter-Strike history lie plays to be made, tactics to be broken, championships to be had, and legacies to be defined. In ten years, just as people look back at Counter-Strike 1.6 and talk about the great eras of competition, people will ultimately look back at this era of CS:GO and remark about how blessed we were to be able to marvel in its glory. They will reminisce about the legends that will have formed in this era, they will talk about the stars that will have risen in this era, and most importantly, they will talk about how this was the Era of the Gods.