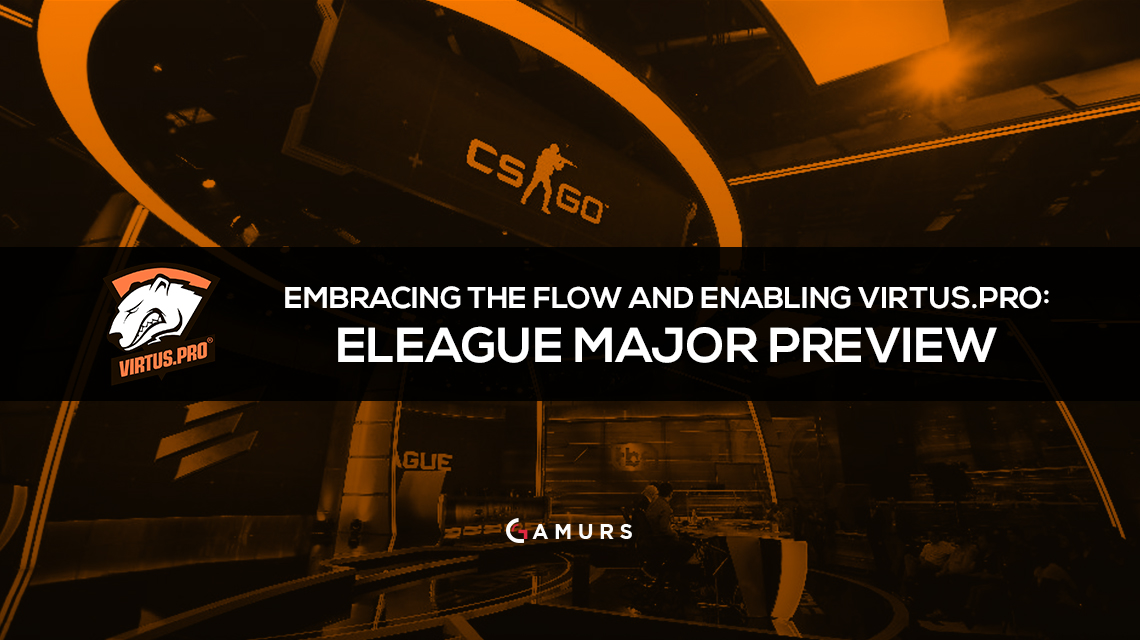 The Counter-Strike: Global Offensive scene moves at a pace relative to the youth of it’s competitors and the exponential growth of the scene itself. Information flows thick and fast, organizations exist in a state of osmosis – able to freely move in and out of this highly concentrated space, and players switch teams with shocking volatility. Due to these constantly shifting elements moving at breakneck speeds compared to more traditional sport models, the average five-man roster – without the prolonging effects of winning titles – can expect a lifespan of four to eight months.

Most butterflies find themselves outliving the typical Counter-Strike team.

The pace of the scene exists for a multitude of reasons, most of which can be saved for another piece. However, whether it be the constant onslaught of games to plays and demos to review, the unfortunate, but inescapable lack of life experience and emotional maturity from a fair chunk of players, or the pressure of organizations looking for success while they operate at a financial loss, most rosters are short-lived by accounts of those from the outside, looking in.

Considering this pace and the short-term, expected end of a group of players sticking together, the status of “veterans” or “pedigreed” has had its barrier to entry lowered. A roster dominating for one year as a cohesive unit is eligible to be coined dynastical. A player on top for more than three months has a consistency that could make him the best in the world. A team that can stick together for three, long years and flaunt some of the highest peaks of success in the game are a complete anomaly.

This anomaly is Virtus.pro, the longest standing CS:GO roster still active and participants in the upcoming ELEAGUE Major.

For a variety of reasons, the simple time the five Polish players have spent together offers a range of narrative tools that would be either completely unusable on other teams or marred by a lack of data and confirmation bias. The timeline of VP as a team means that CS:GO pundits can very clearly analyze the shifts within the side, how these shifts affected their results, and how they adjusted after these changes wore off. This is the key element in the VP story to me, their constant flowing and adjusting within the elements of their roster.

They have always looked the same on-paper, while always making an effort to change in-game.

Unlike other teams who figure out one, maybe two, configurations of their roster and then when this arrangement of styles, strategies and models is “figured out” by opposition over a period of time, they change players to keep it “fresh” – VP elects to exhaust all possible transformations just short of a player move and then some.

Over time, we have seen Filip “NEO“ Kubski, Janusz “Snax“ Pogorzelski, and Karosław “pashaBiceps“ Jarząbkowskiall try their hand as the primary AWPer and all to varying degrees of success. We have seen the role of in-game leader change with a fluidity to the point that the mantle can be switched mid-game. The title of “superstar” has been interchangeably used between most members as well. The spotlight on all the players is shifting and flowing all the time, despite the age of the roster.

This VP story reminds me of one of the founding fathers of Brazilian Jiu-Jitsu – Helio Gracie. As a 10th-degree black belt and one of the most skilled practitioners of the martial art in the world, Helio – at only 5’6″ and 115 pounds – taught and actively grappled right into old age. Similar to VP, any need for youth was not a limiting factor on his performance, still being able to tap and choke any manner of high-level black belts. His flow in transitions – especially to his infamous cross choke from mount – is tangentially the same as VP members being able to flow between positions with devastating efficiency.

This same thought of flow can be applied to their map pool. Cache, Cobblestone, Train, Overpass, and especially Mirage have all played host to stretches of VP dominance. The age of their team has led to an aptitude of sorts on nearly all maps and a historical infamy on many.

Their rise and fall throughout 2016 is one of the most well documented storylines of the year. From being relegated out of EPL, to becoming the best team in the world for a moment in time at the backend of the year, VP experienced a narrative arch that could see many teams bottoming out and moving players after relegation, and then not seeing the eventual rise to power much later. A testament to not only the peculiar nature of VP’s roster, but also the drastically positive outcomes that can be drawn from working through any issues on the side.

Considering these many factors, and looking at VP’s long history at the majors, it should be easy to create a model of sorts to at least give a moderately accurate prediction. Well, due to the constant flow of positions and the seemingly endless supply of intangible factors VP can draw on to win or lose games, the creation of this predictive model is easier said than done.

It would be safe to say that VP will likely win their first game against OpTic Gaming, and considering the strange bias that teams who win their first game have a much higher change of making it into the quarterfinals, I’m led to believe on this factor alone that VP will easily make it out of the swiss groups. When this is combined with their history of being able to tap into an extra gear at the majors, and boasting some of the highest ranking players in terms of statistics on these big stages, it should be expected that the Poles achieve nothing less than group stage domination.

This is, of course, as long as they embrace their infamous flow, activate – to at least some degree – their even more infamous plow, and hope that their 2017 doesn’t start out as 2016 did.

Written by Max Melit – I don’t always use metaphors, but when I do, they’re slightly convoluted and related to martial arts. For more of these, find me on Twitter @max_melit.