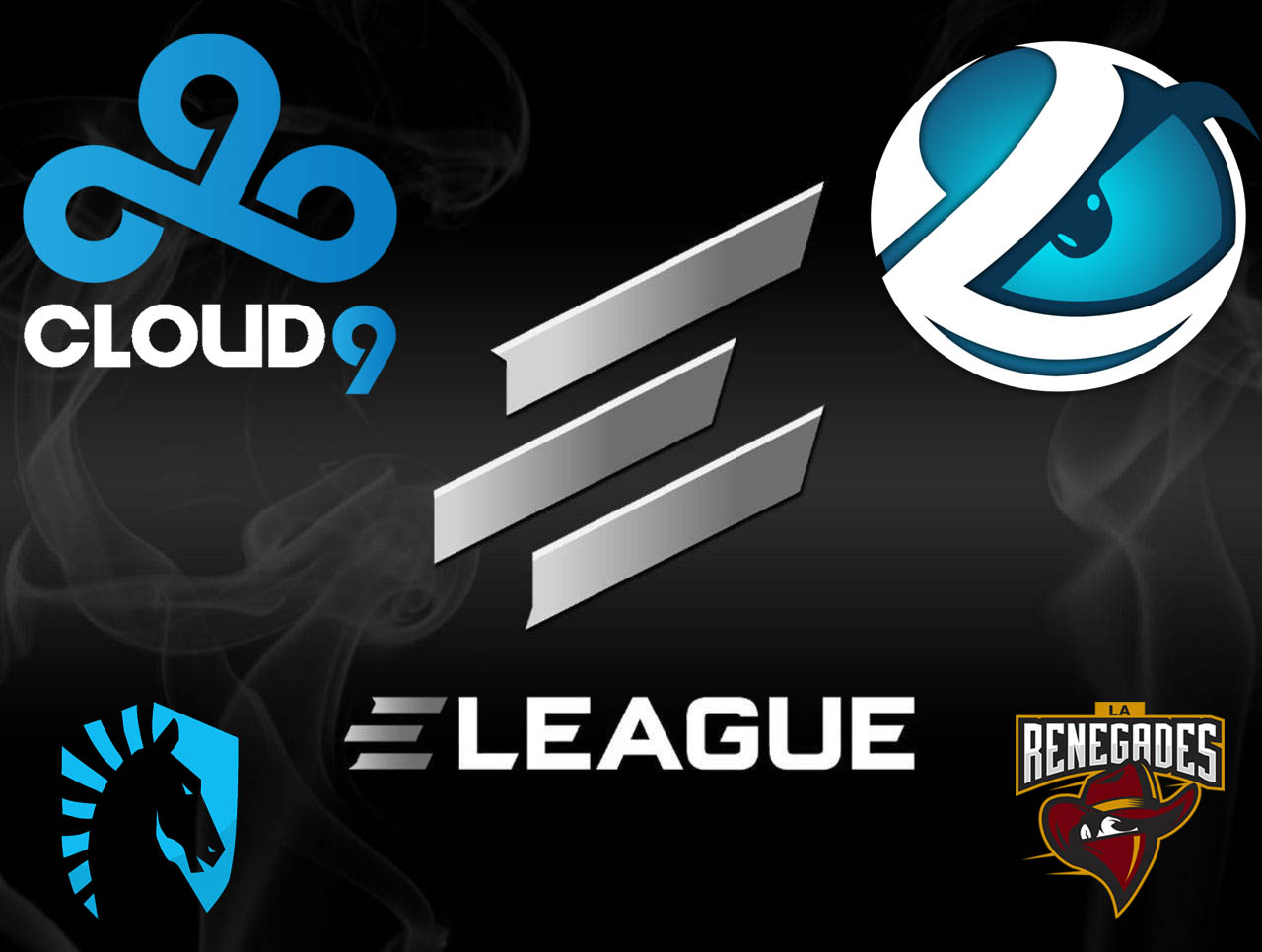 Esports are going to be on TV regularly for the first time in eight years. Last time it didn’t go so well, but that’s a story for another day.

ELEAGUE features Counter-Strike:Global Offensive and has been looking very promising. In case you haven’t been around much for the past week or year, here’s the info you might want to know coming into the playoffs after week 1.

Tune in on Friday evening at 10 pm ET on TBS to catch the finals from week 1!

ELEAGUE has a group system with weekly playoffs that feed into a greater playoff. In short, the games played here aren’t like any online or other LAN best of one. Instead, ELEAGUE has best of twos in the group stage, and best of threes once groups move to playoff format. Unlike typical LANs or online leagues, these games are not all played on the same day but spread out throughout the week, played on LAN at the Turner studios in Atlanta, Georgia. Part of the reason why Turner wanted a LAN format is to have more control over what goes on so issues are easily solved. You have the best of both worlds with this format. You can rest assured that Turner is treating the game properly and has, so far, been fostering impressive levels of CS:GO.

Group A played their matches this week, and consisted of Renegades, Luminosity, Liquid, and Cloud 9. Cloud 9 and Luminosity have made it to the final being aired on Friday. To catch up, I would highly recommend watching any of the Luminosity games from this week, and as a side point, if you are looking for something other than ELEAGUE, last weekend’s Starladder Starseries finals was amazing. Both Virtus Pro and Na’Vi, the two finalists, will be participating in ELEAGUE later on.

When becoming a viewer of a sport, there are definitely some difficulties. You don’t know who is who or what to expect. Casters illuminating a game can be like explaining Christmas to an alien. This alien has no idea why Christmas is significant and why people are happy about it, and at this time of friendship and festivity, this alien can feel, like an alien–left out. That said, Luminosity is a sure bet to focus on. If they were to lose, it would be a massive upset. North America is not a very impressive region, and Cloud 9 has not been able to contest with top-tier European teams for about a year, much less contest with top teams in North America. However, Cloud 9 has already played Luminosity this week, and those games were worth watching, if that counts for anything.

Knowing which players to watch out for and what their story is can get you on a jump start to being an expert on whatever interest you have. As for Counter-Strike, I think the whole of Luminosity is worth watching. Fallen, for example, is the best AWPer and in-game leader in the world. He was the man to bring together this team and the whole of Brazilian CS. He is something like the Godfather when it comes to Brazilian Counter-Strike. He has a hand in everything it seems, and he was the man who made now Tempo Storm’s dreams come true by bringing them to America to play. As for his play in game, he has a very complete style. Fallen is an innovator and fixer. If his team needs to reinvent itself, then he comes up with the plan, and if something is needed on the fly, then he is there to fill the role.

coldzera is a great AWPer too. His style conflicts a bit with Fallen’s, as he too is an AWPer, but in Luminosity’s case, it only serves to diversify their playbook. fnx and TACO are one of the surprisingly numerous brother duos in Counter-Strike, and they are twins too. TACO plays a weird style like JW, another player in the scene who runs around with shotguns, while his brother plays the typical star rifle role. Luminosity’s excess of firepower, like Fnatic’s, allows for a player to run around the map taking risks as a way of destroying teams even harder when it pays off. Both JW and TACO have received some hate, but now, the community has an understanding of the importance of their role.

Finally, fer is the crazy rifler which Luminosity was originally built on. Besides Fallen organizing these teams, fer has been the star we dedicated Counter-Strike fans have had our eye on for the past year and a half.

Photo credit: DreamHack and the owners of their respective logos (ELEAGUE, TL, RNG, LG, and C9)