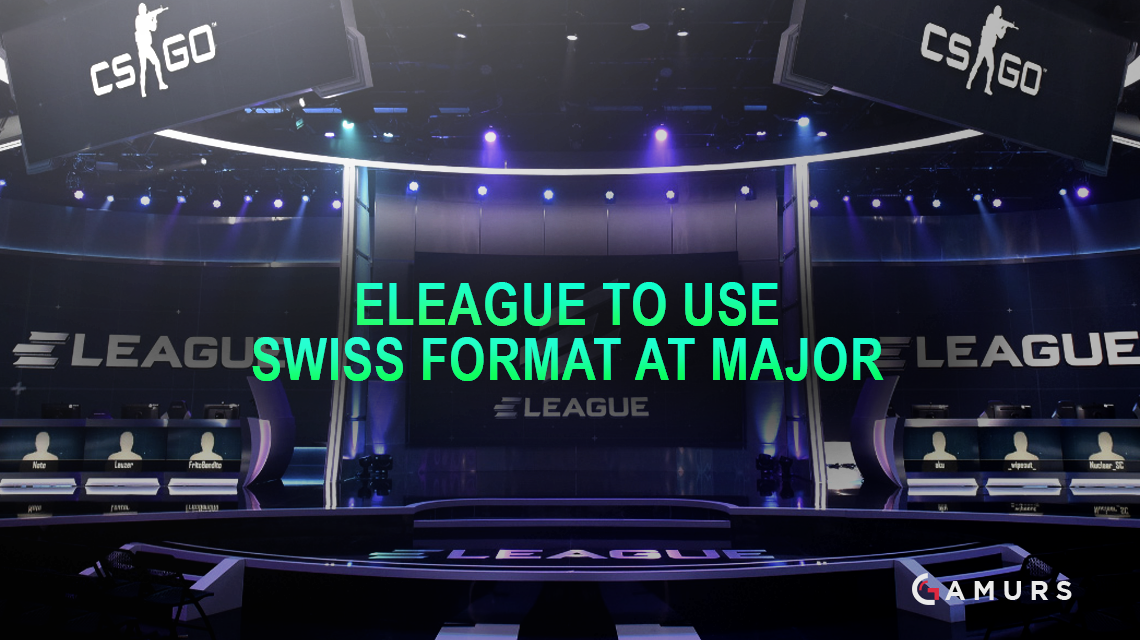 The format common to chess, the Swiss format, will not only be used in the qualifier, as it had been for the ESL Cologne Major Qualifier, but now, the ELEAGUE Major will be debuting the system for the group stage as well.

What do the things in this pic have in common with the format we are using for the @EL Major Qualifiers & First stage of the #ELEAGUEMAJOR? pic.twitter.com/vTZe32AJPx

There has been little backlash to the Swiss system, in the events it has been used for, and since there has been a substantial amount of animosity towards stacked groups, it was a logical change to make. This, however, was not ELEAGUE’s decision to make, but Valve’s. Valve determines the format and who gets into the major, while the tournament organizer retains control over the rest.

This change, as well as the coaching changes, shows a more active stance from Valve. At future ELEAGUE events, we may see the Swiss system used, since ELEAGUE was willing to align their rules with Valve’s coaching rule. But the Swiss format would present problems when it comes to TV and would require that teams be in Atlanta for an extensive amount of time, so we most likely won’t see this repeated by ELEAGUE in their events.

The Swiss format, for those unfamiliar, eliminates groups by placing teams against other teams with the same amount of wins. After acheiving a certain threshold, teams are seeded in the playoffs.

The problem with seeded groups at majors is that they use old, often irrelevant, results. At the last major, SK, Fnatic, G2 and FaZe were in a group, while Gambit, CLG, Dignitas and Astralis were in another group. These groups were very unbalanced, with the former having better teams than the latter. As a result, G2 was unable to get Legend’s status, but Gambit was.

When there is no seeding, this problem becomes even worse because the top four teams from the last major could be placed into a single group. The use of the Swiss system, while it is not a perfect system, avoids this controversy.

What are your thoughts on the Swiss format? What’s your perfect format? Is there even such a thing as a perfect format? Let us know in the comments below or tweet us  @GAMURScom.