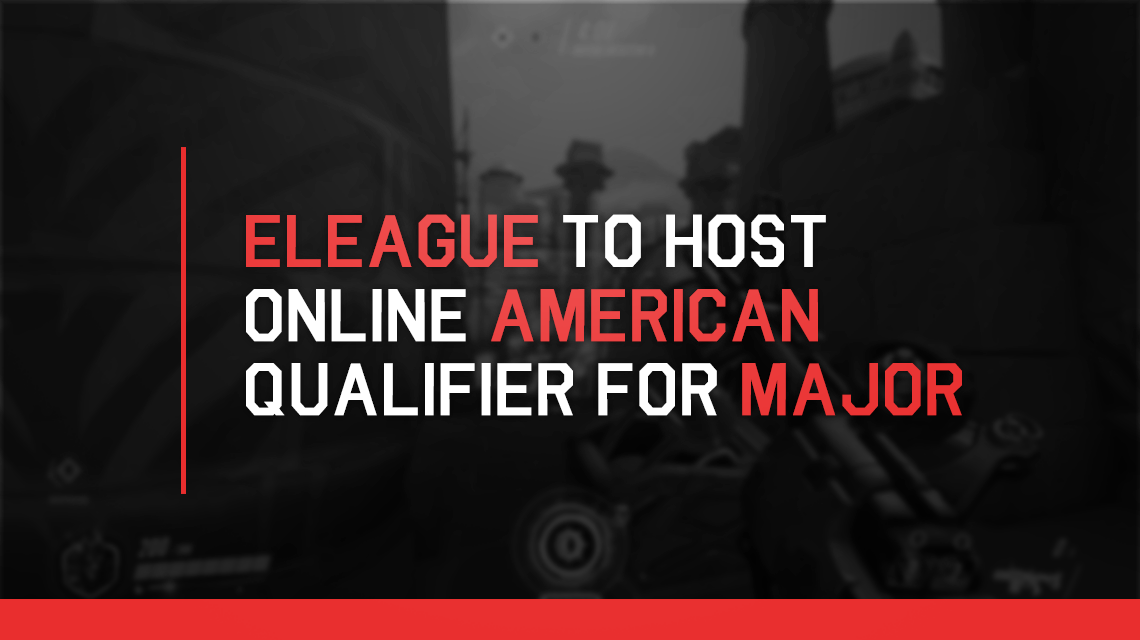 ELEAGUE has announced an online American Qualifier for the upcoming major on Nov. 2-9 and a LAN Qualifier on Dec. 3-4. The online qualifier will allow four teams to advance to a LAN playoff for a spot in the ELEAGUE Major.

Four teams will advance from an Open Qualifier Stage to face the four invited organizations in a live qualifier on LAN at the ELEAGUE Arena. Those four invited teams are:

This format allows over 1,000 teams to take a shot at the pro level of Counter-Strike. The online qualifier will be hosted through FACEIT. The schedule and format for the Major Qualifier is as follows:

All times mentioned are in EST

The 2017 ELEAGUE Major will be held Jan. 22-29 in Atlanta, Georgia. Sixteen Legend and Challenger teams will go head-to-head for a piece of the $1 million prize pool and for the glory of being a CS:GO Major Champion. The Major will be streamed live on Twitch via the ELEAGUE channel. The final of the Major will be showcased on TBS and Twitch.

What do you think of this Major and the qualifying process? Let us hear your thoughts in the comments below or tweet us @GAMURScom.