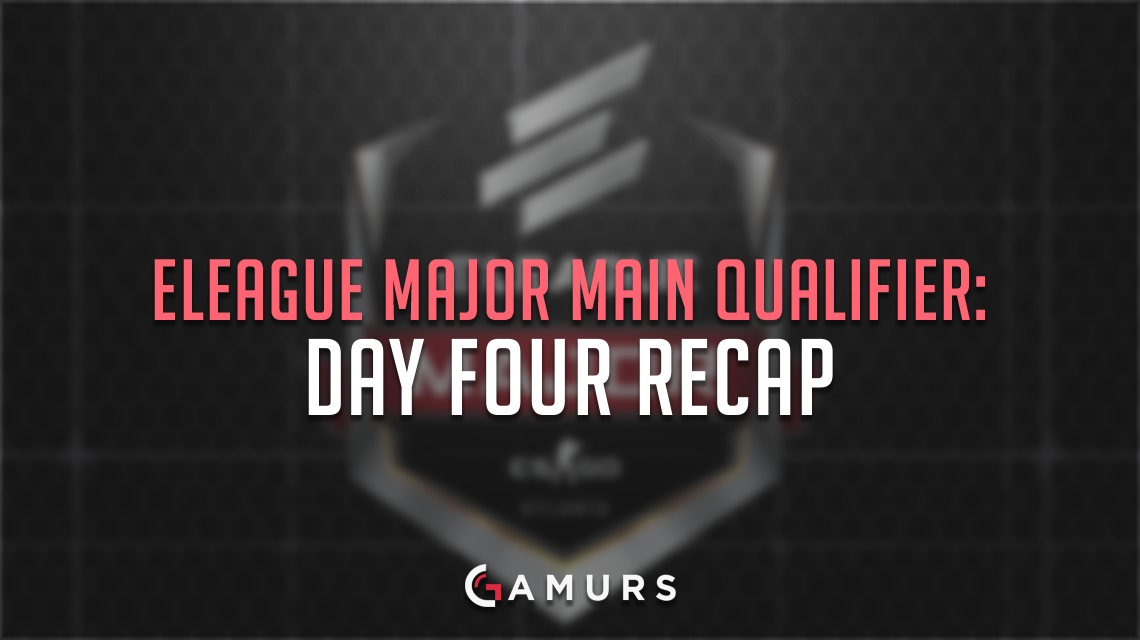 The fourth day of the ELEAGUE Major Qualifier saw the final teams qualify for the Major along with a pretty major upset, no pun intended. This was the last day of the tournament, so the stakes were higher than ever.

OpTic secured their spot at the Major by defeating Hellraisers 16-10, forcing Hellraisers into a last-chance qualifier later on in the day. Dignitas did much the same to G2 Esports, beating the squad 16-9 and securing their own spot in the Major. In the fight between Immortals and mousesports, the Brazilians of Immortals came out on the bad end, falling 16-2 to NiKo and company.

EnVyUs and KennyS’s growing stubble proved they are still in the game by beating TyLoo 16-9 in a somewhat predictable match, sending TyLoo home with a disappointing 1-3 run in the tournament. The biggest surprise and upset of this entire tournament so far was Vega Squadron, the organization who picked up the roster of an unknown CIS team by the name of ALL-IN, who beat the Swedish legends of Ninjas in Pyjamas 16-2, eliminating them from the entire tournament. To call this unbelievable would be an understatement. The NA superstars of Cloud9 eliminated Counter Logic Gaming from the tournament after a 16-9 match victory. With these victories, EnVyUs, Vega Squadron, and Cloud9 stayed alive in the qualifier.

In a last-chance qualifying match, Cloud9 dropped the ball against HellRaisers, falling 16-13 and allowing HellRaisers to qualify for the Major. G2 Esports secured a spot in the Major after defeating Immortals 19-17 in Overtime. EnVyUs ended Vega Squadron‘s fabled run in the Qualifiers by beating them 16-2 and earning the final spot at the Major.

Full results are below and make sure to tune into the ELEAGUE Major from Jan. 22 to 29.

Were you surprised by the results of this qualifier? Let us know your thoughts in the comments below or tweet us @GAMURScom.