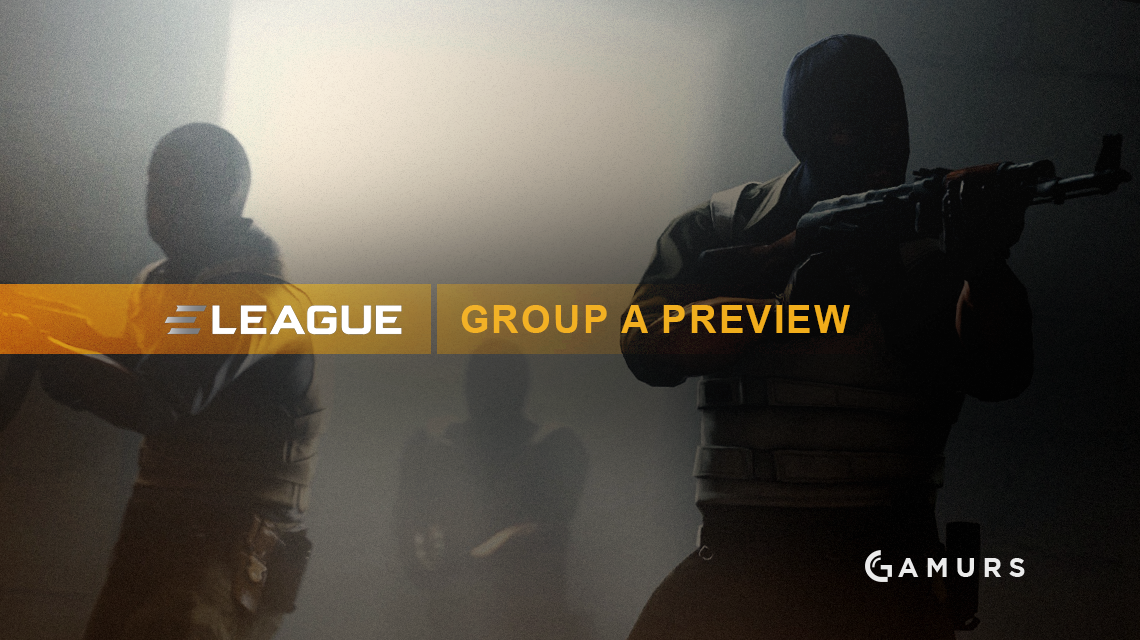 Tomorrow marks the beginning of ELEAGUE’s second season, which will span for over a month and includes 16 of the world’s greatest teams. With the inaugural season being such a success, and Counter-Strike: Global Offensive’s television debut, the second season promises to bring exquisite Counter-Strike, right from the get-go, due to the offline group stage.

A noticeable improvement ELEAGUE has made to increase the second season’s quality is reducing the number of teams that will participate. While it might sound like more teams equals more great moments, the reality of a 24-team season was quite the opposite. Through using so many teams, the standard of the players is bound to drop as more teams are added, and all the world-class teams are already involved.

This led to some groups featuring teams who were out of their depth in comparison to their group’s skill. The result was some totally one-sided games that didn’t make for good watching, such as the mismatch of G2 Esports against Selfless. ELEAGUE reducing the number of attending teams from 24 to 16 is great news for fans as we will be treated to balanced groups throughout the season.

With some of the general reasons to look forward to ELEAGUE’s second season, let’s preview the four-team group who will kick off this tournament: Group A.

Group A is made up of mousesports, Cloud9, Immortals and FaZe Clan, and can be viewed as the group of the underdogs. None of these teams are favourites to win this season, not by any means, but they are capable of it. Being absent of a favourite to win ELEAGUE, such as Na`Vi or Virtus.pro, Group A will be the battlefield of the “maybe” teams; the teams that, should the cards play in their favour, can maybe win. Let’s weigh how each team comes into this tournament and how large their chance of winning seems.

Immortals has looked strong these past couple of months, a trend that began when they won Northern Arena Toronto, dropping only two maps across their championship run. After this, they went on to win the iBUYPOWER Fall Invitational, which sounds good on paper but deserves an asterisk next to it, as Immortals never faced the event’s biggest contender: SK Gaming. The Brazilians’ offline performances have been a testament to their lineup change that brought ex-SK Gaming coach Wilton “zews” Prado into the lineup. Prado’s leadership has seen Immortals thrive, coupling his major-winning tactics with young fraggers, like Ricardo “boltz” Prass, to make a recipe for success.

Though it’s a flawed measurement of a team’s accomplishments, it’s worth considering Immortals’ online form coming into ELEAGUE. Impressively, the Brazilians find themselves six points above compatriots SK Gaming in the now-finished ESL Pro League, a result which was enough to book themselves a place in the season finals. Team Liquid and OpTic Gaming also placed underneath the momentum-fuelled Immortals.

The team approaches ELEAGUE in fine form, and presents a worthy and worrying challenger to all of Group A’s members. Immortals is a team more than capable of making it out of the group and even to the deeper stages of the competition. Due to FaZe’s new lineup that didn’t have time to gel, I think Immortals will do well in the group stage and advance to the playoffs.

Unfortunately, it won’t be the mousesports lineup that seemed capable of creating real waves in the scene under the dynamic duo of Tomáš “oskar” Šťastný and Nikola “NiKo” Kovač attending ELEAGUE. Instead, Spaniard Chris “loWel” Garcia will fill the shoes that were briefly occupied by oskar. loWel has not been with the team for very long, under a month, so it’s unclear how he will perform with mousesports. That being said, with the ex-Penta man on the lineup, the team has been racking up some wins online, against the likes of HellRaisers and Fnatic.

Despite rarely making it to the business end of tournaments, the team did record a best-of-five win over GODSENT at the Gfinity Invitational last month. This win shows that the team is capable of beating big names offline, and in a long series, a promising sign as we approach what could be ELEAGUE’s most tightly contested group. When taking into account their respectable offline wins against teams of HellRaisers’ calibre and above, mousesports don’t have the results coming into ELEAGUE that you’d expect from a lineup that has gone through fifth-man turmoil as of late.

So what’s mousesports’ chances of progressing at ELEAGUE? Due to the nature of their group, one that’s filled with solid teams, I’m skeptical they can pull it off. The American threat of Immortals and Cloud9 stand in mousesports’ way and I struggle to see them pulling off wins against teams of that level with a relatively new lineup. Hope is not lost for mousesports though. Like always, the NiKo factor brings a chance for upsets wherever the team goes.

Another individual who has played well at mousesports’ recent offline showing, Gfinity, is Chris “chrisJ” de Jong. The dutchman showed excellent proficiency with the rifle at the Gfinity invitational, his play with it rivalling that of his AWP. While I don’t think it’s possible, mousesports could be a real shock to this group if the recently added loWel continues to help the team succeed, and if their big-hitters are in form.

The North-American side has shown us a glimmer of the results they used to achieve in their prime since adding Timothy “autimatic” Ta. Possibly the apex of their improvement since adding autimatic was the semifinal they reached at the StarLadder Season 2 Finals, losing out to international veterans NiP in a tournament that had already seen them finish in a higher place than Na`Vi and Virtus.pro, two of the world’s best teams right now. The young lineup has also managed runner-up placings at Northern Arena Toronto and DreamHack Bucharest, where the latter saw Cloud9 lose only to Polish giants Virtus.pro, and featured wins against FaZe and Team EnVyUs.

Since adding the young talents of autimatic and Jake “Stewie2K” Yip, Cloud9 has hit their stride to match that of their form in the summer of last year. The young pair play alongside more seasoned players like the King of Reddit, Mike “shroud” Grzesiek, to create a team that looks to restore North America’s position to one of prestige in Counter-Strike. An aspiring lineup and the crazy 25-1 record they managed in Season 4 of the ESL Pro League makes Cloud9 a very exciting team to watch at ELEAGUE.

In my eyes, Cloud9 should be able to top this group, or at the very least advance to the playoffs. Consistent international placings have really lifted the expectations of this group of talent, and cause me to believe that C9 can best the other teams in this competitive group.

Perhaps the most thrilling reason to follow Group A closely tomorrow will be Finn “karrigan” Andersen’s debut for FaZe. Offering leadership qualities and a tactical mind that spearheaded his Team SoloMid squad into the peak of their form last year, karrigan’s presence in a group made up of Europe’s finest fraggers creates endless possibilities for FaZe.

With their prior lineup, FaZe was always a disappointing team. They could wreck you online, or when they were hitting their shots, like they did to Virtus.pro just five days ago. In this stomping, Håvard “rain” Nygaard dropped 37 kills in just 22 rounds, finishing the match with a godly 176 average damage per round. Yet, despite their abundance of players with capabilities similar to this, they rarely achieved good offline results. Should their lack of offline success be due to missing a leader or tactician, then they have done well securing the services of karrigan.

While FaZe’s future excites me, it might be a little bit too early to expect karrigan to drill this team into a more tactical one. He has yet to play an official game with them and only announced the news of his move yesterday. However, FaZe, like mousesports, can never be counted out in case their star players like rain decide it’s a good day to drop 37 frags. On this occasion, though, I’m going to say they can’t progress from this group due to a lack of practice as a team, making room for Cloud9 and Immortals to go through to the playoffs. Mark my words though, karrigan’s arrival could mark a new era for FaZe.

Who do you think will come out on top of Group A? Let us know by commenting below or tweeting us @GAMURScom.