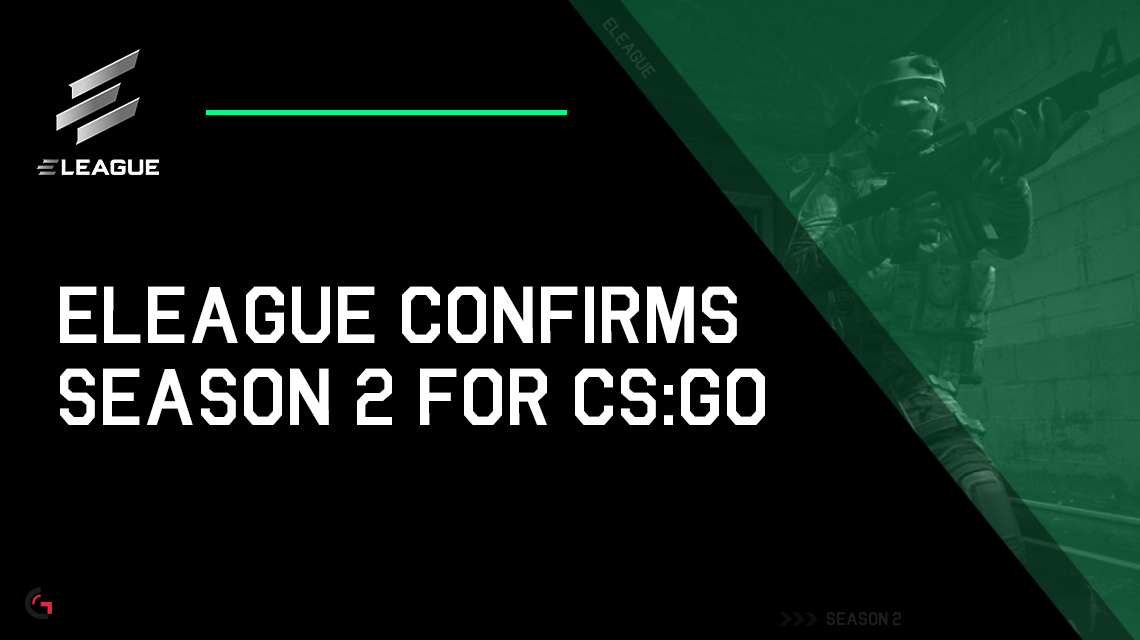 In a conference call today, Turner’s Vice President of esports, Christina Alejandro, confirmed that ELEAGUE would be bringing back Counter-Strike: Global Offensive for a second season to be aired on TBS beginning in the fall. The season will begin following the conclusion of their recently-announced Overwatch Open.

Additional information was not given at this time, but ELEAGUE coming back for another season of Counter-Strike is a continuing step in the right direction for CS and esports in general. With the Overwatch Open’s finals due to air on TBS and CS:GO coming back in the fall, it appears that the relationship between Turner and esports is healthy and we can expect more esports on television in the future.

Are you excited for more ELEAGUE and CS on TV? Let us know in the comments below and be sure to follow @GAMURScom for more CS:GO esports news.