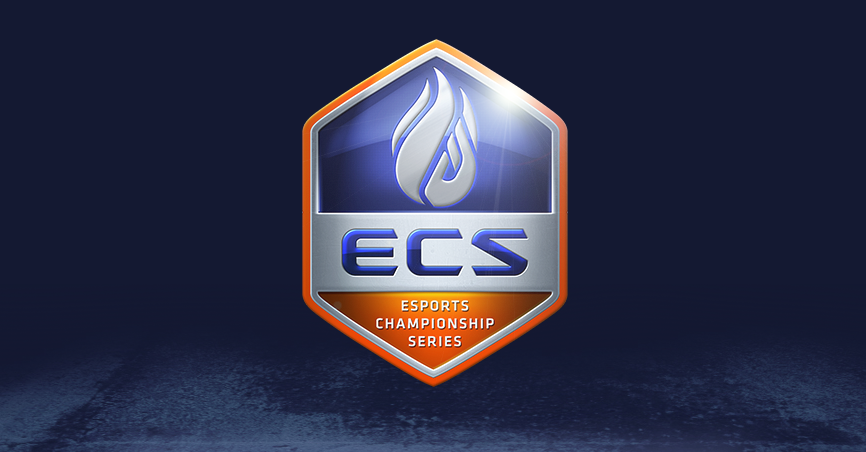 With Brexit vote out of the way by Friday, London will be taken over by Esports Championship Series’s inaugural season’s Finals. With $3,500,000 to be paid out over the course of two seasons, the event taking place at SSE Arena Wembley, is likely to be the all-time number one event, measured by prize money. In any case, ECS Season 1 Finals will be a premier event with, as of writing, six of the eight participants in the world’s top ten, per HLTV.org’s rankings. Now, let us take a look at group A of the event.

Excluding DreamHack Masters Malmo as a clear outlier, Luminosity have overtaken fnatic as the most successful team of 2016 with three tournament wins – MLG Columbus, DreamHack Open Austin and ESL Pro League Season 3 Finals – and looked damn-near unbeatable in their recent form. In London nearly two months ago G2 came close, and at ELEAGUE Cloud9 scared them. But for a great team it is more of a testament to over and over again come out on top in the close battles, than to always front run and secure tons of comfortable wins. Luminosity’s run builds confidence.

NiP had a competitive series against the Brazilians in London, but FalleN’s team can avoid playing dust2 in a best-of-one game with three vetoes, giving them the upper hand. NiP remain undefeated on cache, and dust2 could be troublesome – yet three vetoes mean coldzera’s team can also avoid cobblestone, the map that gave them plenty of trouble in Atlanta. However, that also effectively means NiP will get to select the map being played, unless FalleN make the mistake they made in Malmo, trying to get cute with an overconfident map selection. I do not see it happening here, but THREAT will have NiP in tip top shape for their opening match.

But odds say Luminosity will again overcome the Ninjas, and I do not see Liquid or G2 taking them down in the match for a top spot in group A. FalleN will be ready for G2, and their peak form last time around in London was not enough. Later down the line, TACO’s group are favorites against everyone not called fnatic, and should they avoid the Swedes in the semi-finals, are therefore likely to end up in the grand final. However, they are yet to be tested by Kjaerbye’s new-and-improved-Astralis, who could pose a challenge. Playoffs should be re-evaluated after the group stage, but for the time being, put your money on Luminosity making the grand final.

Prediction: 1st in group A

As of writing the Swedes have secured a slot in the semi-finals of DreamHack Open Summer, and most recently topped their group at ELEAGUE over G2, and placed top four at ESL Pro Series Season 3 Finals. Nothing suggests NiP would not be a top four team in the world, and that, by itself, makes them a favorite to make the playoffs at an eight team tournament. As explained above, the Swedes will have a small, relative, advantage in the veto process – which they will hope to leverage into a best-of-one upset. They effectively get to decide the map being played from a pool, and THREAT’s preparation – the little they can put in after returning from Jonkoping – will play a huge role in determining their fate.

However, while I do not foresee them overcoming the current world number one team, I also am not worried on the Ninjas’ behalf when it comes to them reaching the playoffs. Games against Liquid and G2 would be best-of-threes, and NiP’s dominant win over G2 in Atlanta – when they went on a 32-7 run, following a 0-5 start on cache – shows they are the more complete team. ScreaM and shox can outskill NiP – or just about anyone else, at times – but skill alone has not been enough for fifteen years or so. And should the Swedes lose against Luminosity, they will have an entire evening, after playing the opener, to plan for the Frenchmen.

Later on, assuming advancement, NiP are all-but a lock to face either fnatic or Astralis in the semi-finals. The story line for a potential date with karrigan’s team will be known after their DreamHack Open Summer semi-final is in the books, whereas the one for fnatic is crystal clear – especially after flusha’s comment on NiP’s style of play. As of now I have NiP losing against either – most likely fnatic – and thus having to settle for a top four finish. But for a team currently ranked third in the world by HLTV.org, with fnatic having fallen out of the trio due to olofmeister’s absence, it is not bad. Stay amongst the elite, and some titles are nearly bound to follow.

Prediction: 2nd in group A

The flashy plays of shox and ScreaM, together with G2’s recent uptick in form, have made them a new fan favorite amongst those trying to pre-emptively root for the potential next champion. Their grand final run, including a five map battle with Luminosity, at ESL Pro League Season 3 Finals, and ELEAGUE’s group B, where they finished group B’s round robin stage with a 6-0 record, were both impressive. Yet each has one distinctive thing in common – they both finished with a loss. In fact, shox aside, the rest of G2 have had their careers dominated so far with almost-type showings. Considering what their game is now built on, it is hard to predict anything else to happen here either.

It is undeniable that shox can almost single-handedly upset any team in the world – and I mean any. But it is far less likely in a best-of-three, putting heavy pressure on G2 in their winner’s match, assuming they do not fall to Liquid in their opener. But NiP figured the Frenchmen out in Atlanta, and I would be shocked if Luminosity had not done the same by now. As far as I am concerned, G2’s fate in London will come down to a decider round series against NiP – the team shox has often, historically, played well against and sent home packing. But what is different this time?

For one, NiP clearly figured G2 out at ELEAGUE. Veto process gives G2 some room to play with, due to their willingness to play nuke. The Frenchmen also have a chance to be better prepared, electing to skip DreamHack Open Summer out right. Yet it is hard to see where G2 would get their leg up from, assuming NiP do not entirely drop the ball – something no one should rely on. Look for G2 to continue to regress, until they are comfortably back in the challenger role, ready to be underestimated by the stronger teams. But in Wembley, they will be taken too seriously for them to see the playoffs.

Prediction: 3rd in group A

The patchwork Liquid roster at ECS Finals and ESL One Cologne is just that – a temporary patch until Pimp’s contract with SK expires in early July – yet the fact it boasts s1mple, together with recent addition jdm64, makes it intriguing to watch. While the rest of the teams in group A are entirely known quantities, this Liquid roster is the exact opposite – no one has a clue what to expect. But this roster is very skilled, even by European standards, and the team’s run at MLG Columbus has fans hopeful they could surprise some of the juggernauts in their group.

Liquid has had a couple of days to bootcamp in Amsterdam, but only a couple – combined with the fact the likes of NiP, Astralis, fnatic, FaZe and dignitas have been at tournaments, greatly reducing the teams they could practice against. And yet it could well work out in their advantage, with element of surprise staying on their side. But the timing of ECS Finals works greatly against Liquid – all teams are starting to kick into gear for the next major. And they all witnessed how far Hiko and s1mple can carry a team in Columbus – in fact, NiP already learned that the hard way last summer at ESWC in Montreal. I doubt their opponents will underestimate Liquid.

The best North American team has a reasonable chance versus G2 in their tournament opener – but unfortunately the elimination game, assuming they lose, will be much tougher – as would the winner’s match, presumably followed by the deciding game. Liquid’s chance to make the playoffs is to score two quick best-of-one wins, leaving G2 and the winner of Luminosity vs. NiP wondering what hit them. But that is too unlikely to rely on, even for a nothing-to-lose team. I am anxious to watch this Liquid team play, but I do not foresee them playing come Saturday. In SirScoots’s words, two and barbeque.

Prediction: 4th in group A

I will be live tweeting my thoughts during games while watching, so if you are interested in live commentary you can follow me on Twitter at @lurppis_.