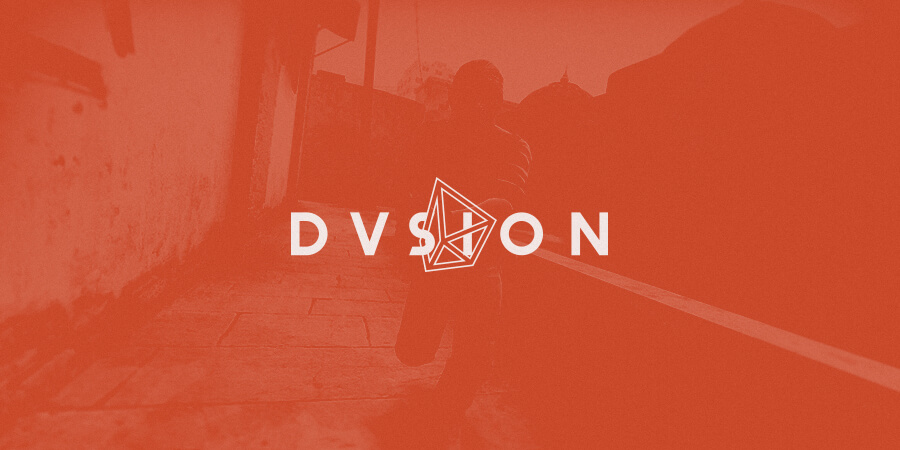 Dvsion eSports, three years in the making, has big plans for the competitive Counter Strike community. The founders and long-time gamers, Aaron Sims and Colte Barnhill, have a lot of experience in the world of Counter Strike and know the flaws of the current structure of the competitive scene inside and out. By creating Dvsion eSports, they strive to create a platform that provides a safe and friendly environment to its users. Their motto is, “Redefining competitive eSports from the ground up,” giving a glimpse at the ambitious goals they have set out to achieve.

Starting in North America and later expanding, Dvsion eSports plans on unveiling a new Counter Strike client, which is currently in closed-beta testing. Implemented will be a revolutionary desktop client for players entering scrimmages, pickups games, and league matches, all while having their stats recorded. Also of note is an ever-evolving anti-cheat system, which will be used to create an atmosphere that all gamers can enjoy. Dvsion eSports is taking every little detail into consideration, rigorously testing each component before releasing the whole product to the public.

After evaluating the launch of their Counter Strike client, Dvsion eSports will expand to cover other competitive titles as well, from Call of Duty to StarCraft!

We had the opportunity to speak with Aaron and Colte about their journey in the gaming world and what led them to create their new organization.

Aaron Sims – He is from Tennessee. Video games have always been a part of his life and he has been playing Counter Strike since Source. He has been playing competitively for the past 12 years and has been on numerous teams, entering both the CEVO Amateur and Main leagues. He met Colte about 10 years ago on Counter Strike. They have been playing together ever since, leading their own team and eventually deciding to work together to create Dvsion eSports.

Colte Barnhill – He is also from Tennesse, growing up on a farm and beginning his gaming career on the Atari. When he expanded into PC gaming as he got older, he began playing a bit of Half Life and then later progressed over to Counter Strike. Competitively, Colte played in Main division for quite a while. Once he and Aaron decided to create Dvsion eSports, their focus shifted to the organization and their time spent playing competitively died down, but they continue to play Counter Strike for fun on a consistent basis.

Before the release of Counter Strike: Global Offensive in 2012, Aaron and Colte saw a decrease in the size of the community. They weren’t happy with the state of the game at the time and when people began leaving, they decided to try to do something about it. For the past three years, they have been working hard on Dvsion eSports. They built and rebuilt, doing their best to keep up with changes in the community.

Right from the start, Aaron and Colte have had big ambitions. They want Dvsion eSports to be a model for the rest of the Counter Strike community to look up to, and that is why they have put so much time, effort, and money into the venture. They are not alone, as Dvsion eSports has a team of employees and contractors working for the organization.

The all important question. Dvsion eSports will run off of their website, where players have a profile that includes a variety of information, including in-game statistics and the teams that they are on. From Dvsion eSports desktop software, players will be able to enter matches for whatever type of play they are interested in, from scrimmages to league matches. On top of this, the adaptive anti-cheat software will be running in the background while players are in-game.

The plan is to provide players with a variety of options and create a friendly community. Though advanced options will not be available from the very beginning, Dvsion eSports plans to unveil a competitive league system to rival that of CEVO, ESEA, and FaceIt. LAN events are also on the table.

FOCUSED ON THE COMMUNITY

Cheating is a major concern in Counter Strike. Many clients incorporate anti-cheat software simply because it is a necessity, and Dvsion eSports plans to create the best possible software on the market. Though the specifics can not be revealed, Aaron and Colte told me that the software they are building will constantly be updated. To compliment the software, the community is encouraged to aid in the elimination of cheaters by reporting. Concerns will be handled by a human representative.

To Dvsion eSports, success is measured in the amount they can give back to the community. They want to provide players with the chance at earning a bit of money by playing a game that they love and they want to see the toxicity level of the community decrease so all players are enjoying themselves.

Improvements to competitive gaming can come in a variety of ways. Colte has a background in psychotherapy and plans to use that knowledge to help reduce the toxicity level of the competitive Counter Strike community by creating positive interactions. One way to do that is to provide incentive rewards to players that are active and interacting appropriately with other members of the community.

Another way to give back to the community is to encourage people to follow their passion. Dvsion eSports arose after Aaron and Colte decided to take it upon themselves to improve the community. Along the way, they have met many people with skill sets that they earned through gaming. Their designer, Michael Del Muro, for example, began practicing his designing in the gaming community, creating logos and fan art for pro players. Dvsion eSports is open to cultivating skills like these through their website!

Dvsion eSports is currently in beta testing. You can sign up to join the beta by visiting their website, dvsionesports.com. Under the current round of beta testing, users are helping Dvsion eSports evaluate their servers and the desktop software, as well as the anti-cheat system.

When will the full system be available? It’s tough to say, but they plan to be in open beta in the next few months. Be the first to try it out!