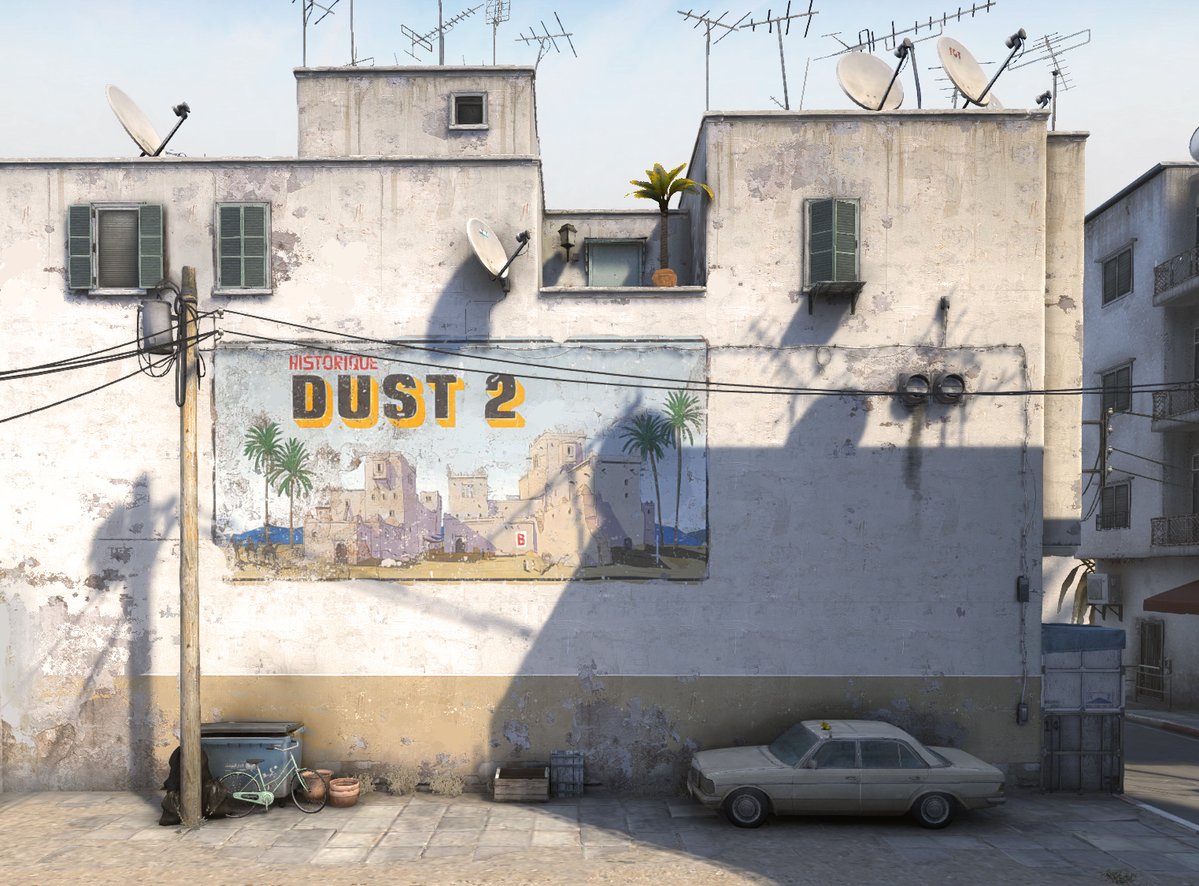 The most iconic map in Counter-Strike is making a comeback, and it’s arriving much sooner than expected.

Valve announced on Twitter earlier today that an updated and revamped version of Dust II is being debuted in the next CS:GO beta depot. The time frame of the beta drop is still unclear, but it’s very likely that it may arrive in the coming weeks. The last game update was Oct. 5, which consisted of small, additional changes to the molotov-smoke bug fix.

The developer’s tweet included a preview of the map with many vibrant colors and map textures, including a significant blue color change to the skybox. A painting of dusty concrete buildings, green palm trees, and small blue tents sits in the foreground on a wall of what seems to be the exit of Terrorist spawn.

Now that the Dust II remake is confirmed, it’s time for the CS:GO community to speculate what changes Valve created during the map’s nine-month hiatus from the Active Duty map pool. In February, Dust II was removed in favor of a remade Inferno. When Dust II returns to competitive play, another map will be removed so that the map updating cycle can continue.

But for now, let’s enjoy the current version of Dust II while it’s still available.