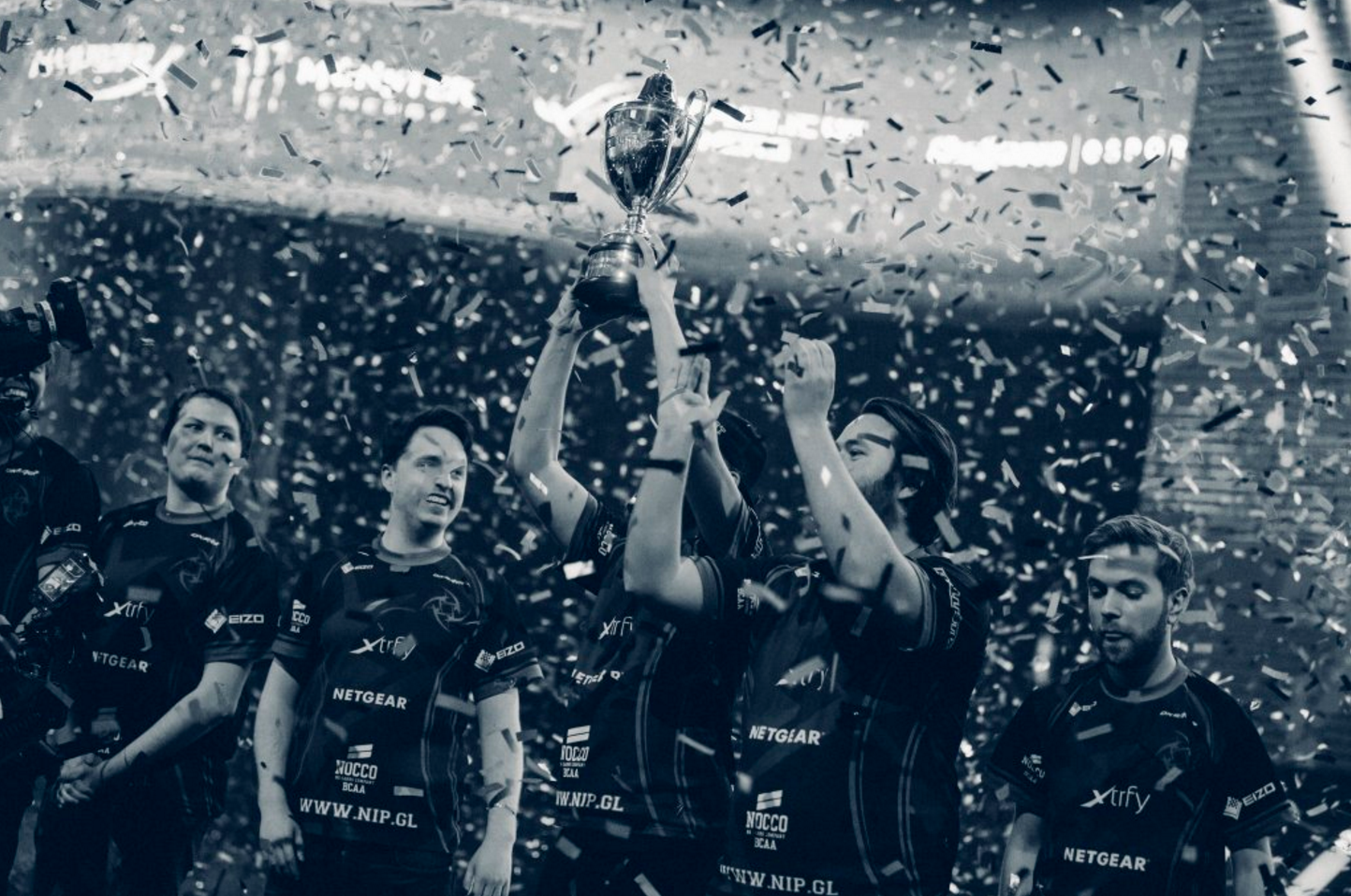 A revitalized Na`Vi with a recovered GuardiaN had no trouble finishing off TyLoo in their quarterfinal matchup whereas the EnVyUs side had a Titan like kennyS’ performance to bolster their way past Team Dignitas. This best of 3 would be incredibly lopsided in favor of one of these teams. de_dust2, a map Natus Vincere had one of their greatest performances on when their lineup was still fresh.

Kicking off on de_dust2, Natus Vincere had a chance to prove themselves as “The Kings of dust2.” They would ultimately crush EnVyUs with an 11-4 scoreline on CT. Many rounds were close and the major key rounds were won on AWP holds on short/cat by GuardiaN and a carry-like performance from seized. EnVyUs would never be able to regain composure, losing the map 16-7.

Next up: de_inferno, a map that is considered to be one of EnVyUs’ best. What we didn’t expect was kennyS to not perform. With Natus Vincere starting on CT side again, it seemed EnVyUs could never get any opening entries, as Natus Vincere won the majority opening duels. Natus Vincere would eliminate the EnVyUs side after a 13-2 CT scoreline, and only dropping 3 more, winning the remaining 3 rounds needed to boost themselves to the grand final.

To the Swedish home crowd’s delight would be a duel of the two Swedish favorites.  GODSENT was never expected to make it this far, but a cinderella run played in their favor and gave them easy matchups compared to that of the Ninjas. After seemingly “GODLIKE” performances from GODSENT’s twist, znajder, and Lekr0, they would need to face the Swedish beasts who have had their fair share on the throne along with Fnatic.

Ninjas in Pyjamas started off the series with their pick on de_cobblestone. They had not played de_cobblestone in this tournament, so surely GODSENT wasn’t prepared. With GODSENT starting on CT side, the Ninjas side quickly used many executes on the B site and A split pushes from drop & mid to get off to a huge lead. GODSENT picked up 8 CT rounds playing unique angles and utilizing AWP setups. It did not faze the NiP side, as they would take a second pistol round on CT side and bolster their lead to 10-7, until GODSENT forced up an AK buy and took the following round to force an NiP eco. After boosting themselves up to a 14-11 scoreline, the NiP magic suddenly reappeared, as NiP won the next 5 rounds to win the map 14-16.

De_train would be the next map pick, also considered a favorite map for both sides. For the first few rounds you wouldn’t have considered this to be true. NiP jumped up to a quick 6-0 lead on their T side, before GODSENT finally pulled out the double AWP setup. GODSENT pulled 6 rounds before NiP got one more round, only for GODSENT to win the remaining two to make the half 8-7 for GODSENT. With the CT side starting, NiP quickly won the pistol round with a clean sweep after a bomb plant situation from GODSENT went awry. In the ensuing 5 rounds after that, a lot of mix buys and ecos were stopped by NiP. With the score at 8-13, GODSENT were on the brink of elimination from Dreamhack, but stringing a bunch of rounds and breaking NiP’s economy suddenly led them to match point at 15-14, but the force the buy from NiP broke it to overtime. In the ensuing overtime, the first 2 rounds were supposed to be in favor of NiP. Somehow the GODSENT side pulled it off and won 2 rounds in the mr3 overtime for their T side. With the momentum in their favor going to CT side, they would take de_train off the back of those clutches 19-16, tying the series at 1-1.

For the last map to decide the winner was de_mirage. Things started off hot, as GeT_RiGhT would clutch the pistol round for NiP in a 1v4 bomb plant situation. Right off the bat GODSENT returned the favor, as they won a 4v2 turned 1v2 situation thanks to Lekr0’s 2 juan deags to clutch another plant situation. After that, GODSENT regained the momentum early, as they went on a 8-1 run on their CT side, shutting down any NiP execute or after plant situation. A half eco buy from NiP somehow broke the run thanks to a YOLO f0rest play onto B site, to which the GODSENT side would be scattered across the map. This effectively set GODSENT on an eco, and gained momentum for NiP to bring the half from 9-1 to 9-6. Momentum and NiP magic raced NiP to the finish line, and multiple shutdowns won them the game 16-9, moving them onto the grand finals vs Natus Vincere.

With Luminosity out along with multiple other teams on a hot streak, it came down to Natus Vincere vs NiP. We can go back to Dreamhack Summer 2014, the first time they met, while NiP was considered the best of the best and Na`Vi was slowly up and coming. NiP crushed them. Now, Natus Vincere is in the driving seat, whereas the Ninjas are the up and comers.

To start off the match was dust2, where the pistol round went to Na`Vi after 2 quick USP headshots from Edward on A long. NiP would eco the next 2 rounds, and Na`Vi got up to a quick 3-0 lead. In revenge, NiP pulled off unique executes (e.g cat execute with smokes & flashes) to return the favor. But, sooner than later, Na`Vi pulled out the AWP in the hands of GuardiaN, where some crucial rounds went in favor of the Slovakian AWPer. The half ended 9-6 on CT for Na`Vi, and NiP were way more than just behind.

On the T side, Na`Vi took another pistol round on a B rush. But, on the eco from NiP, NiP magic happened and a quick mid entrapment push from cat & mid doors stopped the Na`Vi side, winning the eco. Na`Vi tried to force back in retaliation, but NiP stopped them and pulled the scoreline to 10-9. On the gun round, with Na`Vi not having the best of times, NiP destroyed them on a long push, taking 3 down. NiP took the round, and tied it up 10-10. Na`Vi was quick to take a tactical timeout, as they had to rethink things. A quick 4k from GeT_RiGhT at lower dark shut down the quick eco from Na`Vi. Na`Vi would quickly take the next round from a B execute, quick as a lion. Now 11-11, Na`Vi did the same thing again, except a B split instead of a full B rush, but a 2k from GeT_RiGhT sent the round into a 3v4, and Na`Vi failed to defend the retake. With Na`Vi on tilt and losing 11-12, they then choose to do another quick rush, this time having 3 AKs and an AWP on GuardiaN onto cat. Thanks to GuardiaN, they killed pyth at long, and won the 4v5 after plant. Once again, NiP magic came back into play, and they broke Na`Vi’s economy and forced them on an eco, making it 12-14. After making it to match point at 12-15, Na`Vi did a quick B execute thanks to an entry lurk from seized, and made it 13-15. In the end, NiP took it 14-16 after a 2v3 B retake in their favor.

The second map was de_cobblestone, a wildcard pick from NiP, and a strong map for Na`Vi. With Na`Vi starting on the CT side, NiP made a clean sweep of the pistol round and following 2 rounds thereafter, gaining a huge economic advantage coming into the gun round. After Na`Vi won the gun round, though, NiP quickly won the round soon after, effectively breaking Na`Vi’s economy and allowing NiP to get up to a 1-6 lead. Na`Vi, unfazed by the Swedish crowd cheering on NiP, quickly made a comeback on the back of seized and GuardiaN, taking the half 8-7.

On the T side, Na`Vi did the same thing NiP did to them. This time, though, after winning the pistol round and having a flurry of round trades (with force ups from each side), Na`Vi would once again be in the driver’s seat, being up 14-12. SUDDENLY, insane plays from NiP’s pyth, Xizt, and f0rest bolstered NiP to match point, and an A execute pistol force from Na`Vi would be stopped, winning NiP the grand final 2-0 in front of their fellow countrymen!