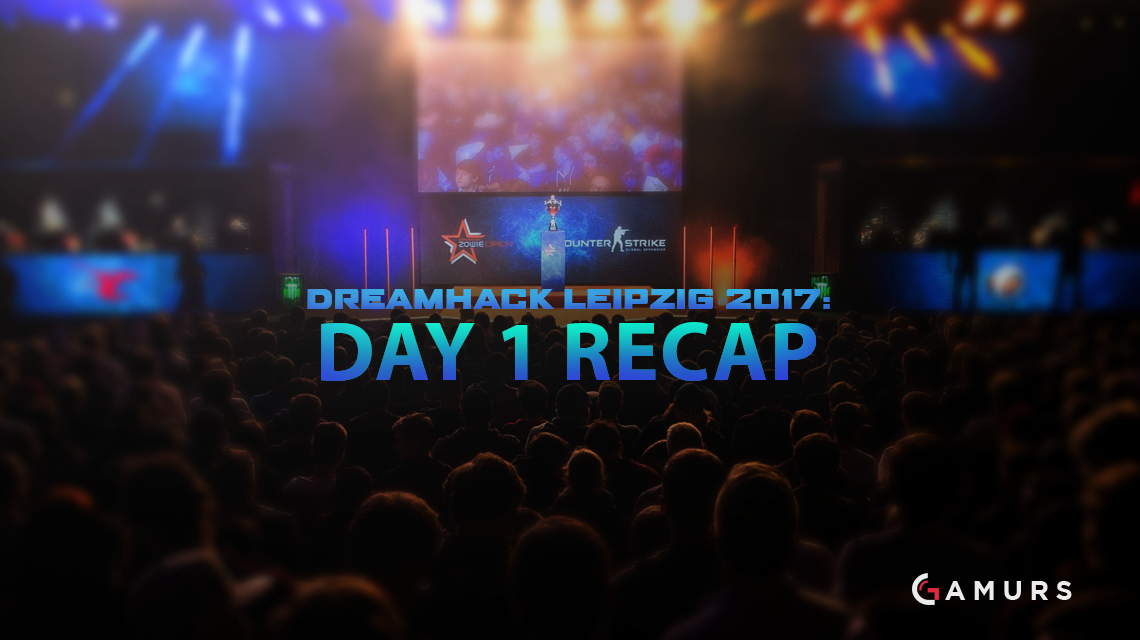 This weekend is the first of many DreamHack events for 2017. Although the teams may not be considered Tier One, this tournament promises to be as competitive, if not more, as those before it. Here in snowy Leipzig, eight teams will battle it out for the title of DreamHack open champions and the lion’s share of $100,000.

We will be providing live coverage of the event from DreamHack itself on our Twitter: @GAMURS_CSGO. You can also follow us on Snapchat for exclusive pictures from the expo and the event: gamurscom.

This article will be updated live as the matches happen so make sure you check back regularly:

In the first official showing of the newest Swedish team, qwerty, it didn’t as planned. Heroic got a solid start on the CT side of cobblestone, cruising to a 11-4 half. qwerty showed some potential with some flashy plays from atter and maikelele, but it was ultimately not enough for the Swedish team, and Heroic closed out Cobble 16-8.

FlipSid3 built some momentum after winning the first pistol round as terrorists, turning the score 7-0 in their favor before BIG was able to salvage a defensive round. FlipSid3 didn’t relent their advantage, only allowing three rounds to slip, making the score 12-3. BIG took the pistol round in the second half and then chose to buy a lot of smgs. Despite things getting close, BIG closed out the round.

BIG replicated FlipSid3’s success on the terrorist side by claiming five rounds in a row before FlipSid3 answered back. A 1v3 from tabseN saved the team from a 16-8 loss. The game did end in FlipSide3’s favor with a 16-11 win over the German squad.

The runners-up of the recent ESEA Global Challenge Finals took the game strongly, unrelentlessly playing the first half and picking up multiple rounds with no answer from Fnatic Academy. The map ended 16-5 in favor of Team LDLC, which was a lot more one-sided than a lot of people predicted. A bright star for the Academy was David “Jayzwalkingz” Kempner, who ended the game with the second highest amount of frags in the server, despite his team losing the map 16-5.

Rogue started their Terrorist campaign off with a 5-0 start before a B take went poorly for them and Vega claimed a round. Vega took control of the game after a round win and piled on seven of their own, making the score 7-5. A pause allowed Rogue to regroup and close out the half 8-7.

The second half was a little more back-and-forth than the first, as Vega opened things up with a pistol round win. The CIS team had consistent success with the deagle by picking up multiple headshots throughout the game.

The culmination of the game was as intense as could be, with every round going down to the wire. Rogue pulled off a feat to make the end of the game close, but a ridiculous last-round clutch from chopper saw Vega win 16-14.

The clash of the Group A titans was all we expected it to be and more. LDLC had to play without their star player, Antoine “to1nou” Pirad, going off, who only ended up on 12 frags. The result of this match means that Heroic is through to the playoffs, where the matches will now be best-of-three, and LDLC is going into the deciding bracket of Group A.

Vega’s second match today led to another 16-14 scoreline. However, this time, they are on the losing side. On a rare appearance of the map Nuke, Vega put up a very good fight against, arguably, the favorite at this tournament with a strong half on each sides. Although Vega Squadron lost, chopper almost clutched a ridiculous 1v4 situation on the A bombsite, only to lose out in the 1v1 against the final FlipSid3 player. FlipSid3 deserved the win, of course, and rightfully see themselves through to the playoffs, but it can’t be denied that Vega is not a one-trick pony who can only upset teams once in a blue moon. They are a serious competitor in the second tier of teams.

What are your thoughts on today’s gameplay? Let us know in the comments below or by tweeting us @GAMURScom.