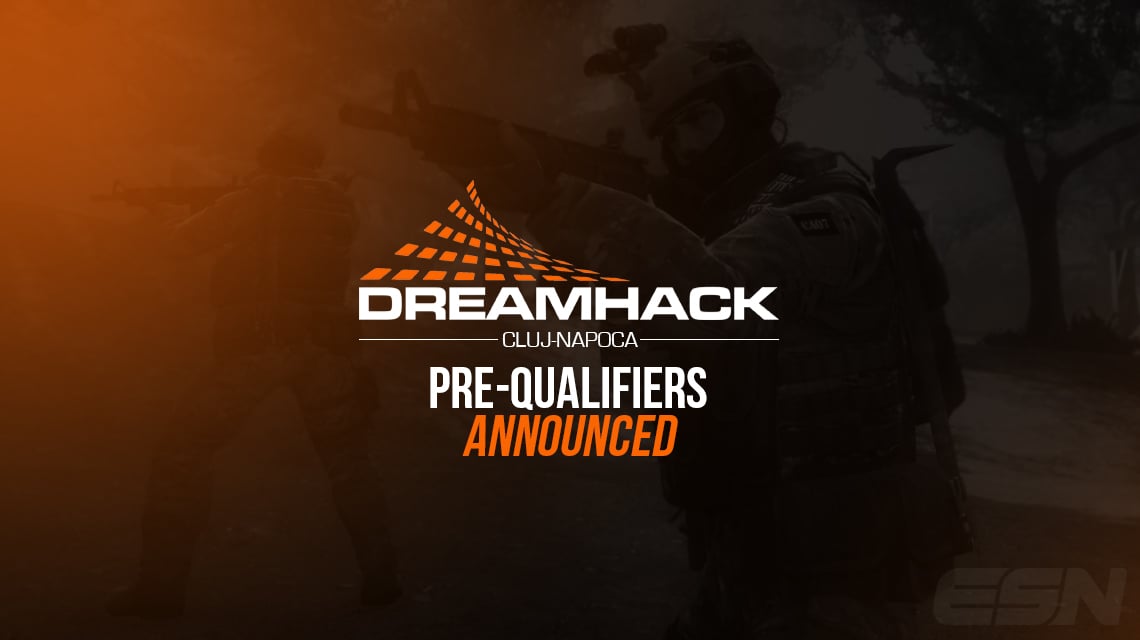 Just a week after the conclusion of Counter-Strike: Global Offensive’s biggest major tournament, ESL One Cologne, Dreamhack announced that they would be hosting another major tournament this year in partnership with the Professional Gamers League, which will amount to their third instalment of CS:GO action this year. Every major thus far has consecutively beaten all previous records set before it, and Dreamhack intend to continue this by hosting the competition in Romania.

The competition will see the eight existing Legends take on the yet to be appointed challengers for $250,000. In correlation to the announcement of the major, Dreamhack also announced the format and regulations of how these eight challengers will be selected to take on the Legends in Cluj-Napoca on Oct. 28 – Nov. 1, 2015 at the Sala Polivalent? arena.

The way teams qualify is also different from previous majors. Sixteen teams, eight of which placed outside of the top-eight at the recent ESL One Cologne, will compete in a five day offline, studio qualifier. Dreamhack Stockholm has been reformed to host the event, running from the Sept. 22-26.

The 16 teams will be split into four, four-team groups. Qualifying games will initially be held at Dreamhack Monster Studio, allowing the final games to be played at the Annexet Stockholm Globe Arena, in front of a potential 2,000-man crowd. Below are the eight teams currently selected to take part in the offline qualifier:

However, the other eight  will be comprised following a two-stage online portion of qualifying, held prior to Dreamhack Stockholm named the pre-qualifiers. There are four separate pre-qualifiers, each created for a particular region, which are; Asia, North America and Europe, who will have two pre-qualifiers. Each pre-qualifier in each region will allow a certain number of successful participants to travel to Stockholm to compete in the offline qualifier in which you can see listed below.

Each region’s pre-qualifier shares a similar format, with slight changes in each due to amount of teams being able to proceed into the offline qualifying stage. In each of the pre-qualifiers, there will be two stages of qualification. The first is the Open Stage, where anyone can compete (256 team limit) in their respective region. Games will be played in a best-of-one, single-elimination bracket, with four teams advancing to the Close stage in the Asia and North American pre-qualifier, and eight teams for each of the European pre-qualifiers.

In the Close Stages, the remaining teams from the Open Stage will be paired against pre-determined and seeded teams of the same region who have proved themselves recently on the world stage. Matches in this stage will be played in a best-of-three, single-elimination bracket, continuing until the positions are secured by teams to advance to the offline qualifier. Below are the details of the pre-seeded teams competing in the pre-qualifiers provided by Dreamhack and PGL. Please note that the pre-seeded teams listed below are subject to change depending on teams accepting or declining invitations .

This unique, vigorous, and lengthy process, allows everyone to have a fair chance at competing on the main stage, and controlling the competitive integrity of our great eSport even before the competition kicks off. This is becoming increasingly important, as the topic is now a daily discussion among many on different social media platforms. So it is great to see a solid procedure to create the best competitive experience any major has yet to produce.

What teams do you guys see pre-qualifying at DreamHack Cluj-Napoca? Let us know. Follow @ESNCS to stay up-to-date with the latest Counter-Strike news.