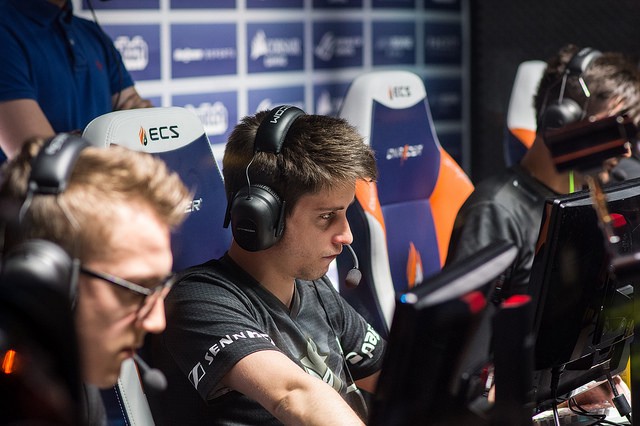 The Northern Arena Montreal LAN grand finals yesterday was a big moment for eventual winners OpTic Gaming. Not only was it their first LAN victory, but it came after a strong showing against G2 Esports, one of the more successful European teams of 2016.

Ironically, however, the biggest talking point of the entire tournament doesn’t have anything to do with OpTic. An inexperienced caster blurted out what could be considered derogatory phrases towards a pro player, comments that have since erupted into large-scale community outrage.

So how did we end up in this mess?

In the final round of the grand final’s second map Dust2, Edouard “SmithZz” Dobourdeaux of G2 Esports was posted below the A-Site on Dust2 with a SCAR-20 auto-sniper as his weapon. For the sake of context, it should be noted that SmithZz currently is one of the most heavily-criticized players competing in CS:GO due to his, in comparison to some of his peers, poor performances as an AWPer.

In the last moments of the round, SmithZz had a clear shot on OpTic and fired. Bullet after bullet comically bounced off of OpTic’s player models, and after what seemed like an eternity SmithZz was taken down with no kills to his name.

As the grand final ended, a member of the broadcast talent shouted “yo les noobs,” meaning “hey noobs.” This refers to a blog post written by SmithZz, defending his position in G2 when community backlash towards the French player seemed to be at its peak. The entry itself has since become a meme in English-speaking CS:GO communities and is spammed ironically whenever SmithZz underperforms.

This wasn’t the only burn certain commentators launched at SmithZz over the weekend. But given that it was said immediately after G2 lost the final, odds are that it could have been perceived as an attempt to insult SmithZz personally.

Reigning Major champion and SK Gaming captain Gabriel “FalleN” Toledo aired his thoughts on the sometimes-strained relationship between commentators and pro-gamers on Twitter.

On the one hand, this is an act of solidarity from one professional to another. An act a majority of the community would probably have a hard time criticizing. But as is often the case, bringing highly subjective opinions into the realm of social media is an invitation for a vocal minority on the internet to make itself heard. All of a sudden the public is being brought into the discussion of what is or isn’t acceptable standards in esports commentary, which is naturally their right as a consumer, but it is being presented in the least conducive environment possible. This goes for both sides of the argument, naturally. But if we just stop right here and observe what this argument actually stems from, it borders on absurdity.

One could make the argument that what the commentator said about SmithZz at the end of Dust 2 was the equivalent of kicking someone when they’re down, but event if this was the case does it warrant as much attention as it’s being given? Players and commentators are professionals within the same field, who regularly work at the same events and stay at the same hotels. There is every opportunity for progamers and commentators to iron out whatever grievances they have with each other personally and away from forums such as Twitter or reddit.

And lastly, the irony here is that SmithZz all of a sudden continues to stay in the spotlight for a moment he most likely wants to forget, from a tournament he didn’t even win.

So big ups to the Green wall for an impressive performance this weekend, because it seems as if no one else will tell you.