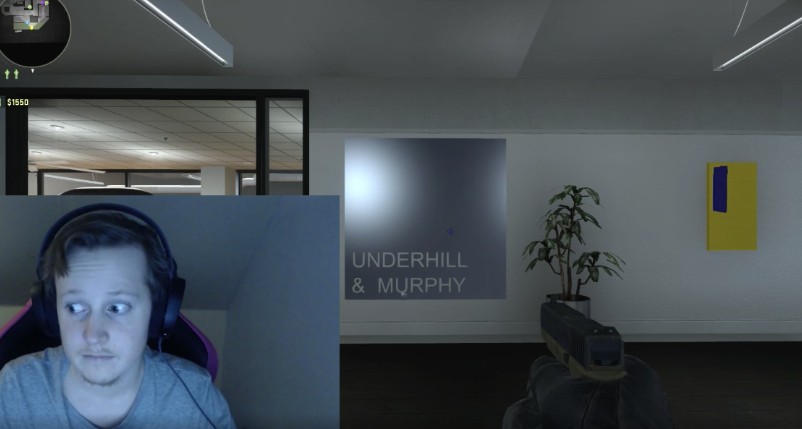 Theonemanny was playing a casual match on an Operation Hydra hostage map, Agency, when his “Facerig” software glitched out on him. Facerig is a facial recognition program that allows its users to “embody” a character for fun.

It took about fifteen seconds for him to realize his identity had been revealed to the internet because of the stream delay. He even maintained his persona in his fifteen seconds of fame. The streamer did a double-take on his second monitor when he realized his face was being displayed instead of his furry identity.

Manny threw his camera down, ended the broadcast, and deleted the stream VOD shortly after. He later tweeted an expletive, and his fanbase replied to him with a multitude of “doge” memes.

While much of the CS:GO community has been having a field day with Manny’s face reveal, others have been skeptical of the reveal’s authenticity. A user (/u/zedyy) on Reddit’s /r/GlobalOffensive mentioned that his fans are speculating that it was purposely done “as a way to end his stream altogether.” Manny’s social media sites have been quiet since his last broadcast ended.

Stephen, the man behind the mutt, pronounces himself as a “professional idiot” for SoaR Gaming under the “Manny” alias. His Twitch identity has been built solely around the premise of being a carefree dog without a regard for the outside world’s opinions. He enjoys streaming CS:GO, PlayerUnknown’s Battlegrounds, and “walks” with his “owner.”

Hopefully Manny returns to his entertaining Twitch streams with that same spontaneous attitude in mind.