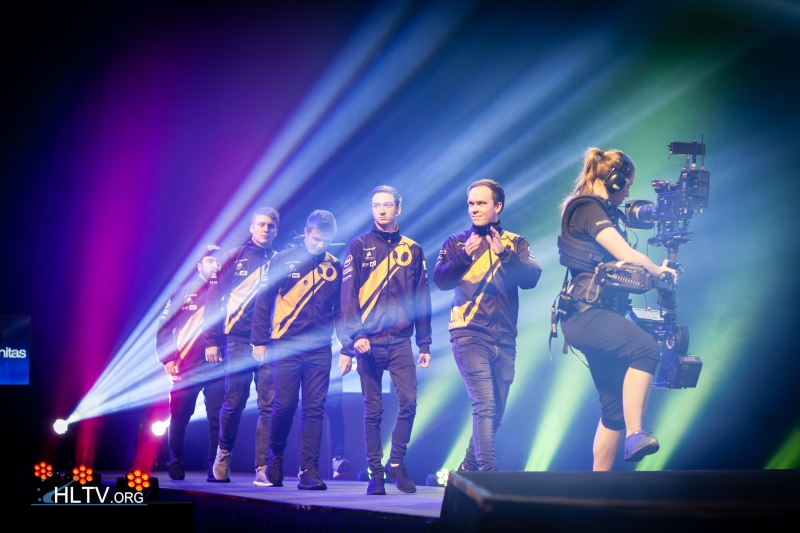 In CS:GO there are teams that can challenge the very height of the pantheon. Teams that can do prove the mortality of the elite: Fnatic, Na`VI, LG or Astralis. There are also lesser teams that drown under the weight of mediocrity, a struggle among Tier Two teams for the scraps left from the top. And then there is Dignitas. Dignitas is a team that can in the same tournament, beat the Dreamhack Malmö winners, Ninjas in Pajamas, 16-2 in the group stages, and then lose to a slumping EnVyUs 0-2 in the quarters. They are a team that can go from losing to Cloud9 and Renegades in the MLG Major qualifiers to weeks later, defeating NiP and Astralis. This is the story of Dignitas and it starts at the very end of 2015.

In mid-November of 2015, Dignitas’ captain, MSL had to revamp the Danish squad’s lineup as aizy and Pimp moved on to Gamers2, soon to be known as FaZe Clan, and SK Gaming, respectively. Dignitas’ new lineup would consist of Kjaerbye, k0nfig, tenzki, RUBINO and MSL. Initially things weren’t promising. The AWPing problems that plagued the Pimp lineup were still present; the loss of their star player, aizy, telegraphed a likely decrease in firepower; and Kjaerbye was still unproven on LAN.

Soon, at Dreamhack Leipzig, MSL unveiled the new identity of the team. As no one else on his team was suited to be a dedicated AWPer, MSL took up the role of utility AWP. At the same time he rebuilt both the CT defaults and T side tactics to make the most use out of his two star players, Kjaerbye and k0nfig. Under his leadership, his players developed well, with k0nfig delivering much needed firepower and Kjaerbye becoming a star player who could perform on LAN. All of this was most notably seen on their home map Cobblestone. There they became specialists, able to challenge even the most elite teams.

With this tactical identity and Cobblestone as their basis, Dignitas have had six LAN appearances with decidedly mixed results. Their two initial performances at Dreamhack Leipzig and Global eSports Cup showed promise. At Leipzig, Dignitas beat two top 10 teams, VP 2-1 and Mouz 2-0. This run would eventually come to an end in the semifinals when Dig lost 2-0, despite a close match on Cobblestone, against, tournament winners, Na`Vi. Two weeks later, at Global eSports Cup, MSL’s squad would go on to beat three good teams: Flipside, EnVyUs and CLG. This time losing 0-3 in a finals rematch against EnVyUs, taking home the silver medal.

But the burgeoning squad’s next tournament at ESL Expo Barcelona proved to be an anomaly. It was a convoluted showmatch tournament with an odd format where eight teams played in best-of-ones without pre-determined matches. Instead each team got three lives. A life was lost each time a team last a map. The winner of each best-of-one then got to decide which two teams would next. With this system in mind, Dignitas ended the tournament in 4th place based on their political ability, rather than advancing through the best teams in a bracket stage. At the end of the day, they beat gBots EC once, Vexed twice, and played a close game against Fnatic on Cobblestone. They finally lost out twice to Astralis.

Despite stumbling at ESL Expo Barcelona, this run of tournaments looked to graph an upward trajectory for Dignitas. They seemed to be consistenly taking maps of strong teams and losing to the tournament winners. And then we come to the MLG Major Qualifiers. Going in, they were expected to be one of, if not the, best team at the Qualifiers and were big favorites to make it out of their groups in first place. Instead they were eliminated in a shocking 2-0 by the hands of struggling Renegades and Cloud 9 rosters. This 13th-16th place finish was a terrible result for a Dignitas that looked to had been on the rise against other top teams just weeks prior. Losing as the favorites would happen once again at the Copenhagen Games, where they lost to E-frag.net EC 2-1. At the time, E-Frag ranked #17 on HLTV.net.

Finally we come to their most recent performance at Dreamhack Malmö. At Malmö, Dignitas were placed into Group C with Astralis, NiP and CS:GO Lounge. Given their recent form, there was no reason to expect Dignitas to get out this group. At the most recent Major, Astralis finished Top 4 and, despite having to sub their coach in, NiP got a Top 8 finish. In contrast, Dignitas had failed to even qualify for the Major. On top of that, Dignitas have had a historically terrible matchup against Astralis, going 0-5 against them since the formation of this roster. With these expectations in mind and to the surprise of everyone, Dignitas upset NIP beating them 16-2 on Overpass. They would go on to defeat their Danish rivals, Astralis, in the winner’s match, completing the upset and making it to the playoffs. In the quarterfinals, they met EnVyUs. While EnVyUs had been slumping elsewhere, the French CT side trounced Dignitas on their first map on Inferno; while KennyS destroyed them on Mirage.

Looking at the totality of Dignitas’ play since this rosters formation, a few patterns emerge. Kjaerbye had a hard time in 2015 replicating his online form to LAN performances. This changed in 2016 as he got over his LAN jitters and became the clear star player and carry of his team. In Dignitas’ last run-in with EnVyUs, his efforts alone allowed Dignitas to hold their own in a 12-16 first map on Inferno. But as a team, Dignitas have clear consistency issue. When faced with equal or better opposition, Dignitas perform well. They’ve beaten teams on their level such as CLG, mouz, VP and Flipside. They’ve beaten teams above their level in EnVyUs, Astralis and NiP. They can easily upset the best teams like Fnatic on Cobblestone. Dignitas also lose to much worse teams. They’ve also lost to Cloud9, Renegades and E-Frag.net. The team has great upset potential against better teams. It also has great potential at being upset by worse teams.

At the same time they seem unable to close in the bigger matches, and players like k0nfig are unable to consistently show up at LANs. When Dignitas were clear favorites to win against Cloud 9 and Renegades at the MLG Major Qualifiers, they crumbled. Same thing happened against at the Copenhagen Games when they played against E-Frag.net. Against Na`Vi, at Dreamhack Leipzig, they could have closed out and gotten to a third map. At ESL Barcelona the same thing happened again as they lost an overtime to Fnatic on Cobblestone. Finally, at Dreamhack Malmö, Dignitas got to the quarterfinals; but the only player that showed any strength against EnVyUs was Kjaebye, who tried to drag them across the finish line single handedly.

All in all, Dignitas are just too inconsistent across the board. While Kjaebye often puts up big performances, as a team, they are prone to upset by worst teams on LAN. This suggests to me that they feel pressure from being a favorite in a machup. This reminds me of what Thorzain, one of the great foreigner Terrans of Starcraft 2 once said. Thorzain said that he felt no pressure facing top Korean players, as he knew he was supposed to lose. But when playing against underdogs, he felt immense pressure, as he felt he had to win. It could be the same type of mentality as when you compare Dignitas to other top 10 teams. None of the others, except CLG, are being upset by teams that are clearly a tier below them. Even at their best, it’s hard to imagine this team can consistently challenge the upper echelon of teams in CS:GO; but if they can’t deal with LAN jitters against lesser teams this all becomes moot anyway.

That sounds easy on paper. Just stop feeling pressure, play as you normally do. But when you look at the average pro eSports player’s career this is one of the highest hurdles to face. Playing at home is nothing like playing on LAN. At home, there is a certain detached mindset you get from playing online. It isn’t quite real for you. Your teammates are just voices you hear in Teamspeak. Your opponents, easier to dehumanize, as they are just IDs on a screen. You mentally know there may be tens of thousands watching online. But the reality of it never hits you. When you’re on LAN, you don’t get the comfort of your own home and setup. You wake up at irregular times from the stress. If you fail your teammates, you can’t just close off the teamspeak you have to be there face to face and see them knowing you have failed them. Your opponents are no longer portraits attached to an ID, but real, breathing humans who scream just feet from you after every round won. The anomalous thousands aren’t just a number on a twitch channel; but an entire audience that is watching your every move, your every mistake.

It is in this arena that a player fights a constant mental battle against the pressure, against the opponents and against yourself. No matter how good or how skilled you are, nothing is guaranteed. And it is in this constant struggle, this constant battle where Dignitas find themselves to be in now. If they succeed they get one step closer to the top teams, if they fail they will be overrun by the myriad of teams that are right on their heels.